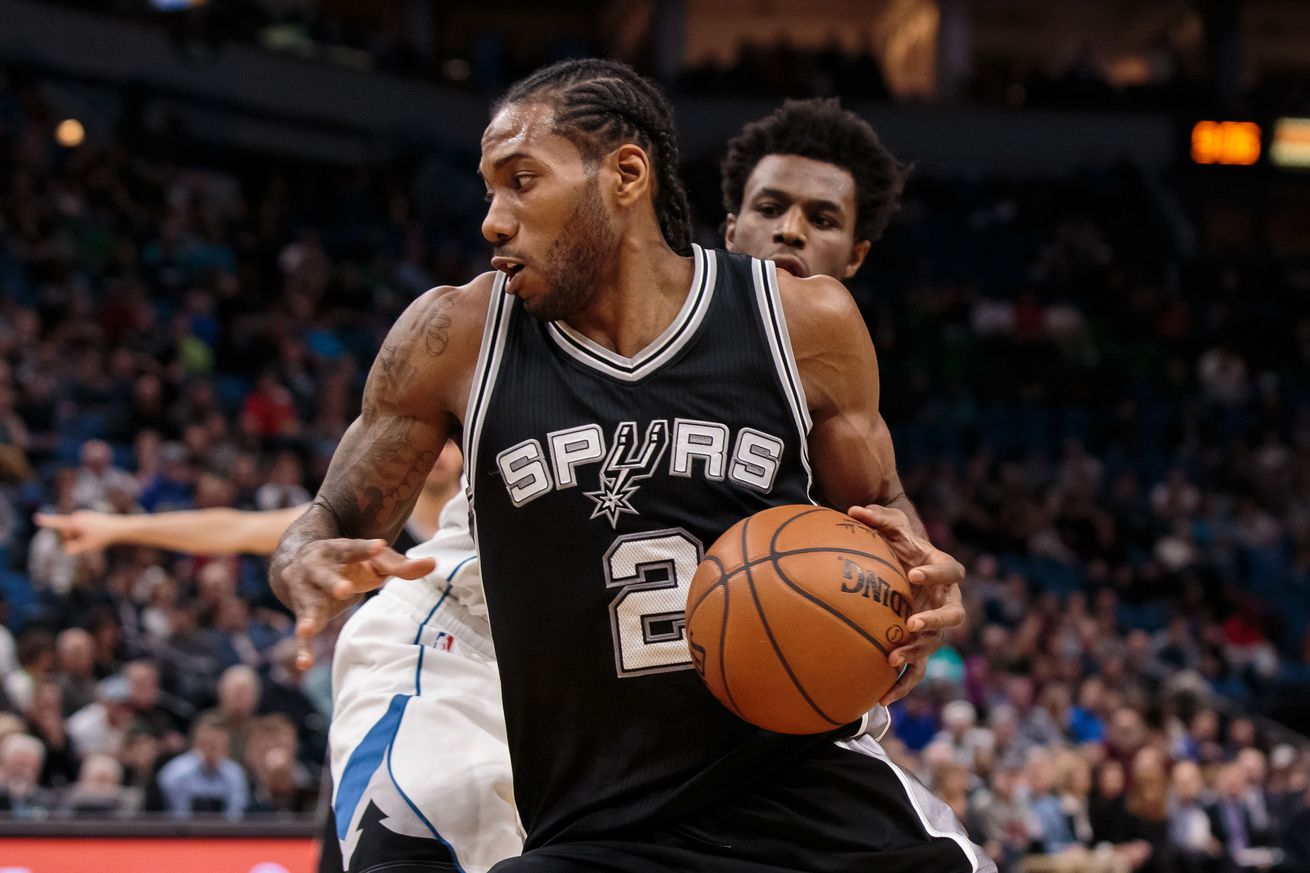 San Antonio looks to bounce back from its Mexico City loss by beating the Timberwolves.

As frustrating as some of these Spurs losses have been, the team has had a way of responding emphatically in the next game. They bounced back from a loss in Atlanta by manhandling the Raptors and then followed up a flat effort against Milwaukee by blowing out the Lakers by 40.

Saturday’s loss was as about vexing as it gets. San Antonio gave up a 17-1 run to start the fourth quarter that ultimately allowed the Suns to take the lead, but effort and focus were lacking throughout. If not for the superlative play of Kawhi Leonard, they wouldn’t have even had the opportunity to (not) tie the game late.

A matchup with the athletic but unreliable T-Wolves could be just what the Spurs need to bounce back. Minnesota has shown flashes of their potential this year, but an inability to play consistently well on both ends has suggested they’re still in need of more seasoning.

Mills sat out the Suns game due to tightness in his calf. It was his first DNP of the year (Jonathon Simmons is now the only Spur to not miss a game in 2016-17), and it looks like one game off was all he needed.

Kawhi Leonard’s last three games: 30, 31 and 38 points on 65% shooting from the field. Those are pretty good numbers, and Leonard’s often gotten the best of Andrew Wiggins.

Keeping Minnesota off the glass

The T-Pups don’t do a lot of things especially well, but they can be a handful (5th in the league) on the offensive glass. After giving up eight second chances to Tyson Chandler alone, a better effort on that end will be necessary.