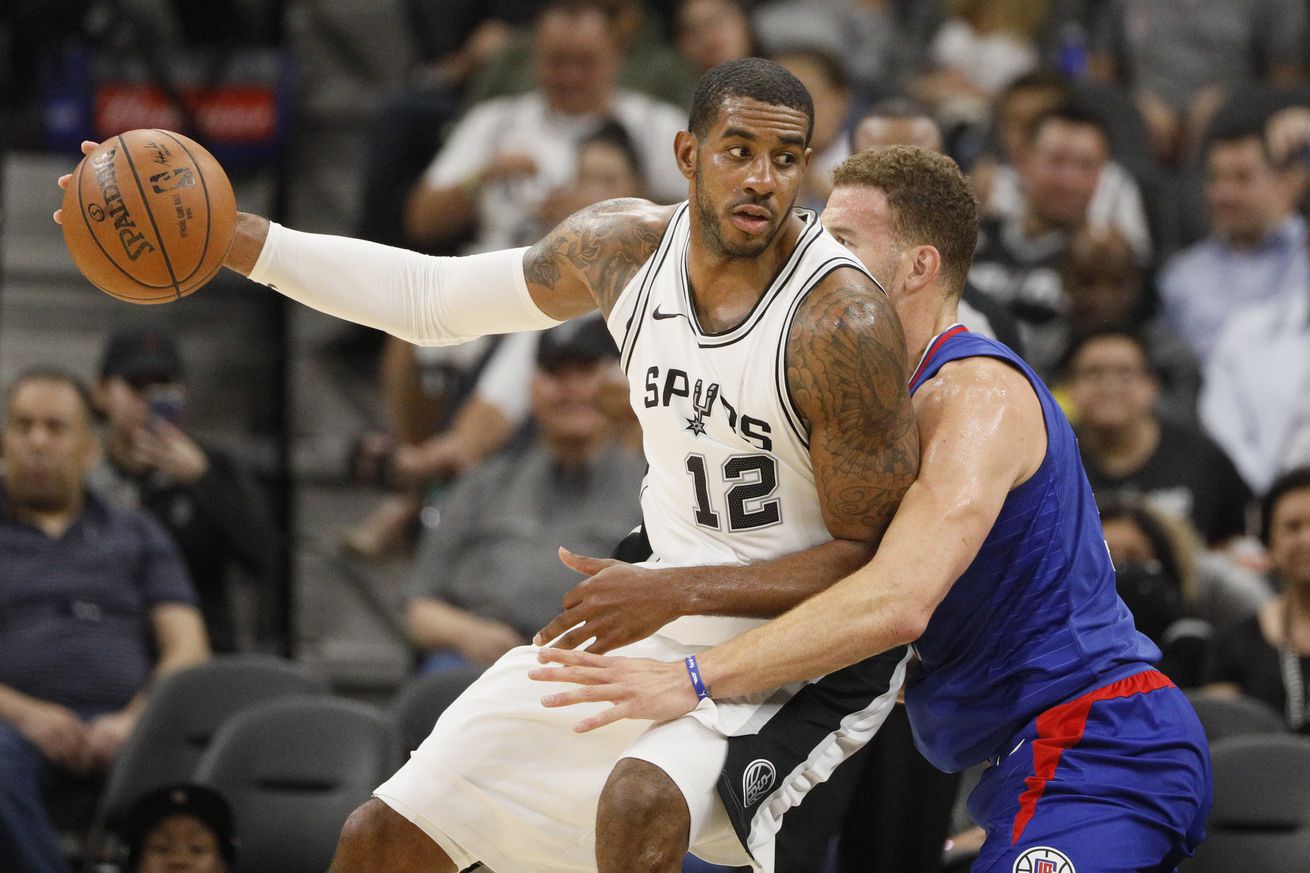 Kawhi will make his home debut, and the Spurs will be seeking their first victory with him back in tow.

After a last-second victory against the Dallas Mavericks on Saturday prevented an 0-3 week for the Spurs, they will seek to start a new winning streak against the L.A. Clippers, who have struggled with injuries of their own but remain tenth in the West and within two losses of the eight seed.

Kawhi Leonard has played in two games so far, both on the road. Individually he has looked good in limited minutes, albeit a step slow. Tonight he will make his first appearance in the comfy confines of the AT&T Center. Coincidently or not, the Spurs – especially the starters – have struggled to find an offensive rhythm since Leonard’s return. Hopefully Saturday’s momentum-building victory (which came with Leonard resting) will help the offense re-discover its mojo while getting Leonard more integrated.

There are many reasons to point out when considering why the Clippers have never reached their full potential since acquiring Chris Paul (who was traded to Houston this summer) and Doc Rivers, and one of them is injuries. This season has been no different. Griffin is expected to miss up to two months after suffering an MCL sprain over three weeks ago, and Beverley is out for the season with a surgically-repaired mircro-fracture in the knee and torn meniscus.

Gallinari has only appeared in 11 games so far and missed their last four games with a bruised backside, which occured only two games after returning from a strained glute. Finally, Spurs-killer Austin Rivers has missed the last three games with a concussion, but he has cleared protocol and is expected return tonight against the Spurs.

My memories of DeAndre Jordan on the court in his lone season at Texas A&M are fairly scarce and disappointing, mainly because he didn’t play that much after so much hype. He was the Aggies’ first five-star basketball recruit possibly in decades, but he just couldn’t stay on the court thanks to his horrific free throw shooting.

The lack of playing time was a big reason why he left after only one season, although he admits today it would have been beneficial to stay another year. Still, Jordan remains an avid Aggie to this day. He even attended the top-10 match-up of Texas A&M vs. USC in Los Angeles a couple of weeks ago and gave his old team a locker room pep talk.

However, my story comes from off the court. All underclassmen student athletes have peer tutors whom they study with for so many hours a week, and DJ’s just so happened to be my sister. Because of this I met him several times, and he was one of the nicest, most approachable guys out there. He still draws some flack for stuff like his free agency debacle in 2015, but he’s a good, down-to-earth, relatable guy, which is something that can’t be said for every major professional athlete.