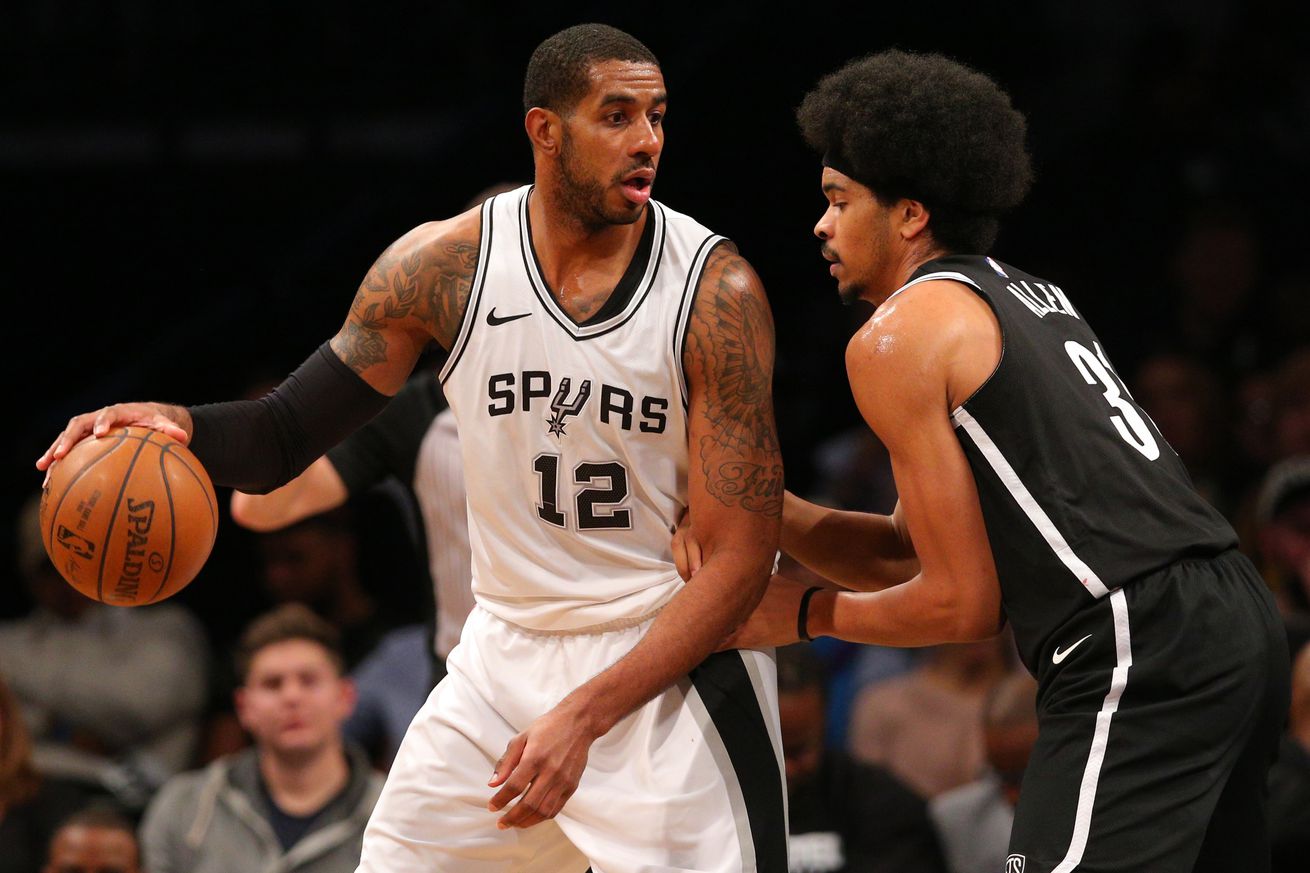 Spurs look to rebound from a disappointing win

If you’re like me and only pay attention to the other 29 NBA teams when they are playing against the San Antonio Spurs, then the Brooklyn Nets roster is a veritable “who’s that?” of NBA talent. And with five players currently out on injury it’s a mystery for anyone outside the borough on who just might show up.

That said, the Nets have won seven of their last eight and are not to be taken lightly. These are the not the bottom feeders of the east who traded their future to Boston for the Celtic’s past. In my opinion, Jarrett Allen is one of the most exciting young big men in the league. He’s quick and athletic and capable of ruining LaMarcus Aldridge’s night. And like most things with the Spurs, LMA’s superiority dictates much of the team’s success.

DeMar DeRozan is listed as probable. He’s had rough go, so minutes should be restricted. Still and all, it will be interesting to see which Spurs team shows up. Pop railed against his team after the sad display against the Phoenix Suns Tuesday night. Did the men hear him and just how will they react?

Another home game, another injure-riddled opponent, another possible trap game.

Best to tread lightly and pay close attention. As we’ve seen with recent match ups, when an ex-Spur is present, some of the magic has been revealed. Sean Marks, part of the coaching team during the 2014 NBA Championship (as well as picking up a ring as a player for the 2005 Spurs) knows Pop’s thinking. Will that be enough to stifle the Silver & Black tonight?

Prediction: Spurs by 8 (I rounded up)