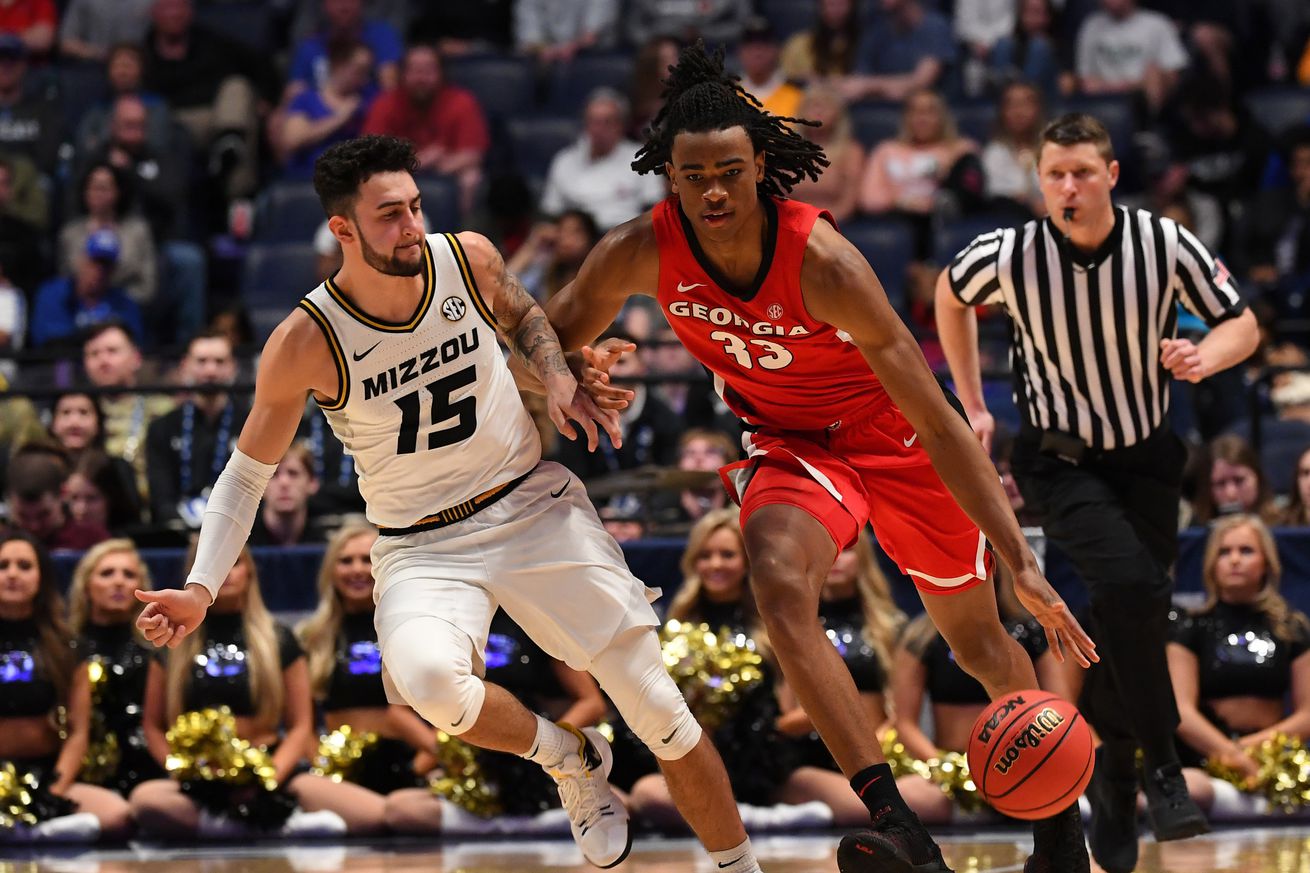 With the 29th pick in the Ridiculous Upside mock draft, the PTR Spurs took a flyer on a unique prospect in Georgia’s Nicolas Claxton.

I’ll be honest — a few minutes after making my first pick in this year’s Ridiculous Upside mock draft, even after giving it a good deal of thought, I found myself second-guessing it. That has nothing to do with Grant Williams, who I think is a fine choice there in a vacuum, but more to do with the various ways the Spurs can play draft night out. With 12 players already under contract for next year (excluding Rudy Gay, who they’re expected to attempt to re-sign), and three picks in the 2019 draft (19, 29 and 49), one would think PATFO would try to put themselves in a more flexible position by either packaging picks in an attempt to move up in the draft (assuming they really like a late-lottery talent) or skewing towards draft-and-stash targets.

I could’ve aimed to do the former earlier in the draft, or addressed the latter by nabbing someone like Croatian big man Luka Samanic, whose stashability status is still a bit unclear. Instead I moved forward with the assumption that the team would err towards their favorite player at each spot, invest their second-round pick in an overseas guy, and wade into the summer with a more fluid than usual 14-man roster.

You can get a rundown of the picks that led up to my selection of Williams by clicking on the link above. Below is what happened on the board after 19:

I had Samanic penciled in as a realistic target the Spurs certainly appear to be high on, and would’ve certainly considered a handful of the other names taken ahead of me (including Okeke, who I was paired with in SBNation’s very cool Draft Prospect Finder). With those gone, and having already secured who I think is a higher-floor guy in Williams, I decided to take a flyer with the Raptors’ pick and snag Georgia’s Nicolas Claxton.

Claxton (he just turned 20) appears to only just be scratching the surface of his potential. Last year, the lanky sophomore found himself taking on extrapositional playmaking duties, displayed range out past the three-point line, and showed the ability to defend all the way out to the perimeter — all very impressive for someone who measured at the combine just under 7 feet, with a 7’2” wingspan. He needs to bulk up to hang with NBA bigs, and I’m still not sure where he can truly excel at at the next level, but he has incredible tools for the Spurs development staff to work with.

Ultimately a Williams-Claxton draft probably won’t happen (it would make me a solid 0 for 4 in mock predictions going back to 2017), but going through the mock process was still a fun glimpse into the 20-sided die that Thursday night figures to be.