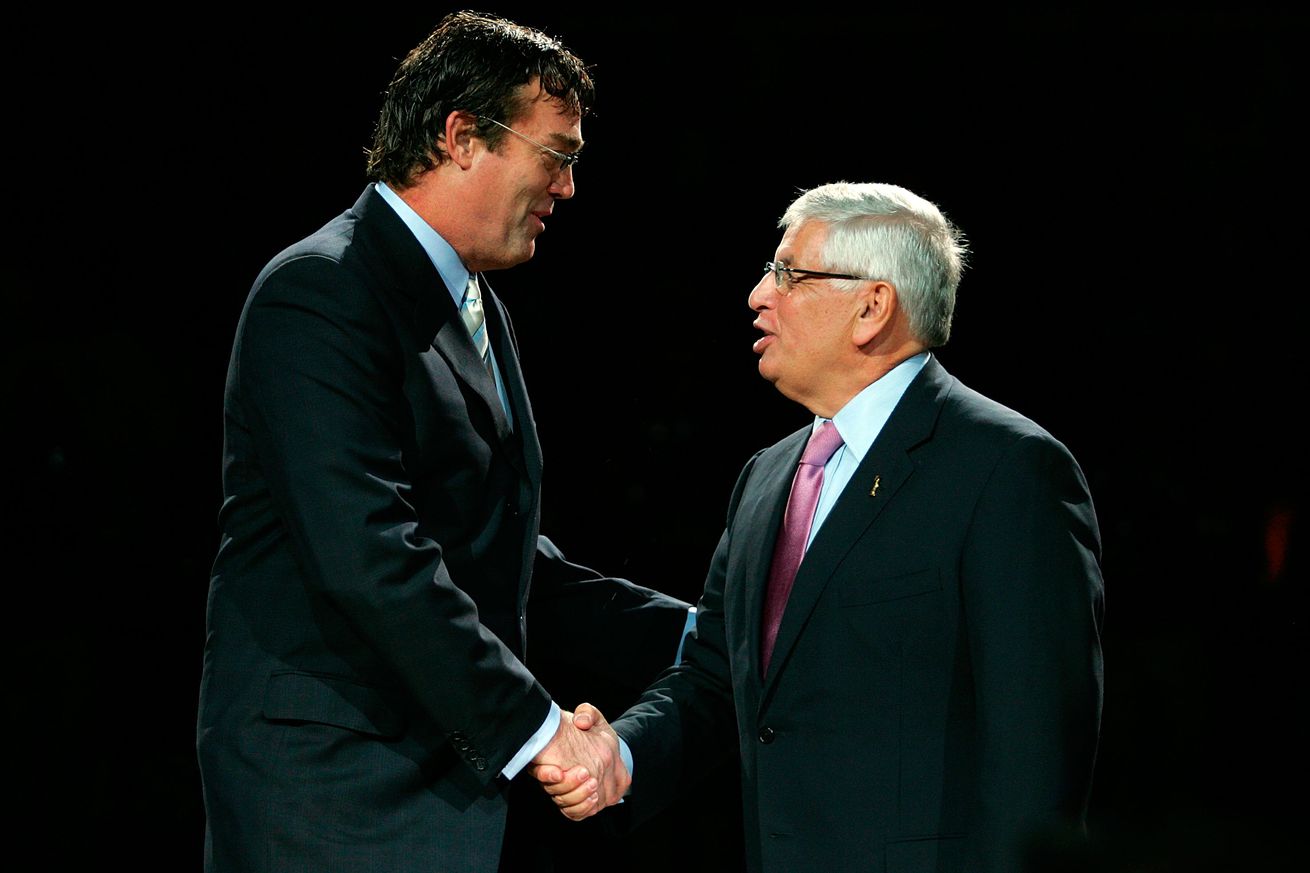 With the hypothetical 18th pick in the draft, the Spurs defaulted to their most basic Spursy nature, selecting Oregon’s Troy Brown Jr.

Some time between the reports that Kawhi Leonard and the Spurs were expected to reach an agreement on a contract extension and the bombshell that he wanted out of San Antonio, I made my selection in SBNation NBA’s annual blogger mock draft.

The exercise is basically a simulation of draft-night activity, allowing for 30 fake GMs to negotiate trades and reshape their respective rosters however they can. There was a fun Harrison Barnes-Nicolas Batum (plus other pieces) swap between the Mavs and Hornets, and a pick swap between the asset-hungry Nets and cap-strapped Blazers. But with the real-world Spurs situation in an unresolved (yet hopeful, at the time) holding pattern, my ability to wheel and deal was hamstrung, and I resigned myself to the still-weighty decision of whose name to drop into our shared Google doc.

Last year that choice felt more or less made for me, with eventual 16th overall pick Justin Patton falling to San Antonio at 29. Patton didn’t do much in year one for the Timberwolves, but he was billed a project with upside and could still pan out to be a solid NBA player. Who knows.

This year was a little different. At 18, the Spurs had (see: have) a better chance than usual to hit on a prospect, and there were (are) a number of options at the wing, where the team could need help as early as next season. Sure, talents like Michael Porter Jr., Kevin Knox, Zhaire Smith, and the two Bridges were off the board, but there still were (and should be this Thursday) a number of interesting options on the wing for the Spurs. Here’s a look at who went where, leading up to my pick:

You can make an objective case for a number of players available here (and please do in the comments below!). But here were my problems: we still don’t have a good idea what kind of roster the Spurs are bolstering with this pick, each prospect in this range comes with some notable flaws to unpack, and my impostor syndrome is at its strongest when pressed to talk college basketball (as opposed to the lesser one I feel when talking Spurs).

Still, the Fake Spurs needed a pick, this exercise needed to go on, and I had a follow-up article that I would need to write. So I took a deep breath and let the world before me shrink to a mere pinhole of light that shined through my mind’s eye. All was dark and calm, and I felt the weight of a dozen still-lingering Kawhi questions dissipate. Then, the light before me began to grow, as if nearing the exit of a tunnel and, as it did, I saw him — him; not Him — making skip passes, moving his feet defensively, and exhibiting a passable level of athleticism. I saw this guy:

Troy Brown Jr. appears to possess a basketball IQ well beyond his age (he’s not 19 yet), is considered one of the stronger defenders in this draft, and his selection would absolutely affirm my West Coast conspiracy theory. He is very much a Spursy dude, even if he does not know if yet, and if he never indeed puts on a black and silver jersey. He is my fake draft pick, and I feel pretty OK about it.