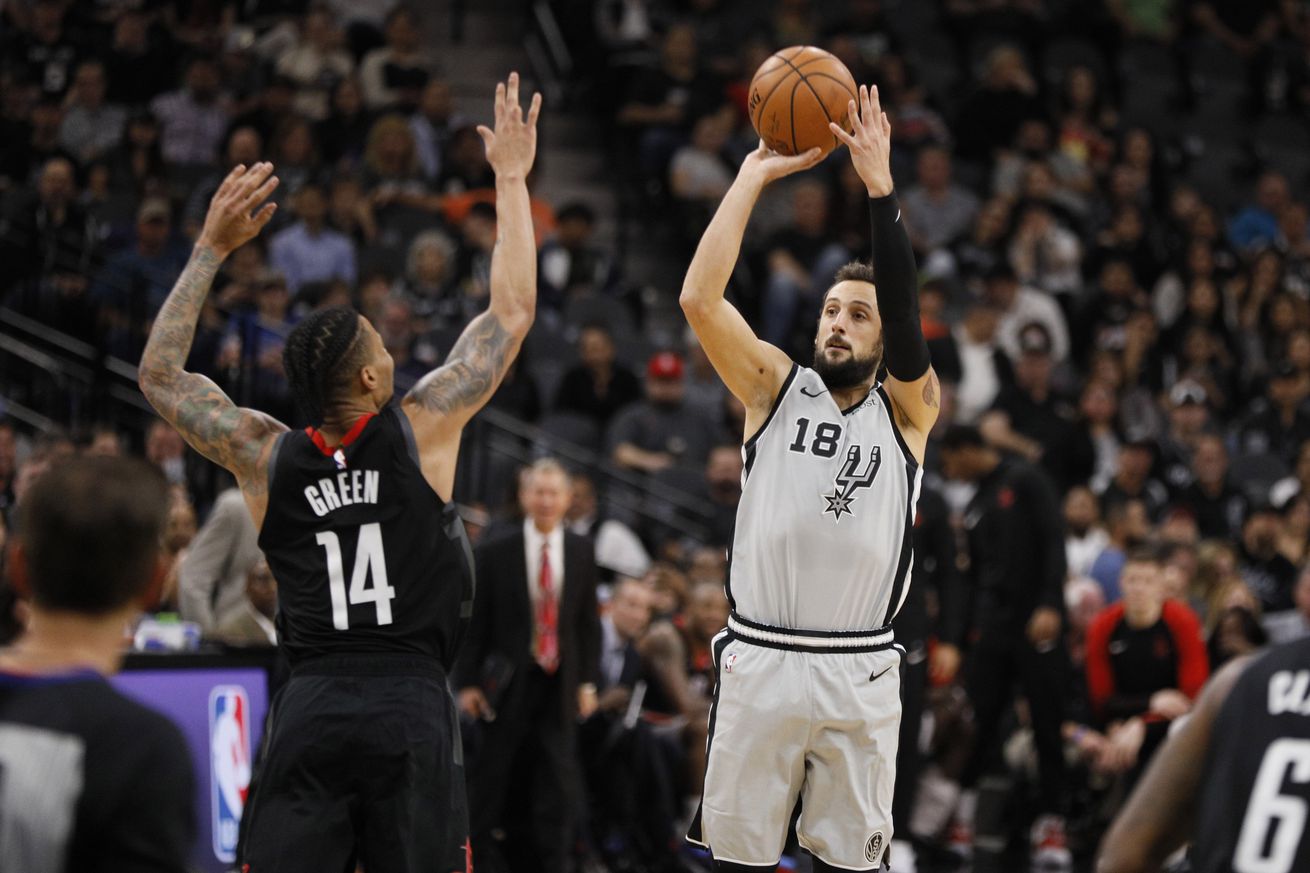 The backstory of our Italian’s oddball shooting form.

As we have already discussed, Spurs guard Marco Belinelli’s shooting form is crazy and enjoyable to watch. No one seems seems to have an answer for it, not even noted basketball genius and two-time coach of Belinelli’s, Gregg Popovich.

“It’s not a sometimes thing — he always is leaning somewhere. I don’t know who taught him that, but it can’t be untaught at this point. It’s just there.”

However, Chris Herring of fivethirtyeight.com may finally have an answer behind the mystery of the sharpshooter who refuses to shoot straight. As Marco himself explains:

“It looks crazy when I’m off-balance all the time, but I just want to be quick with the ball,” said Belinelli, who’s had just two of his 265 jumpers blocked this year. “That’s the life of a shooter, I guess.”

Regarding what the rest of his body is doing:

…the Spurs swingman suggested that it’s usually most important for him to square his shoulders — and less important to think about where his feet or toes are pointed as he lets it fly.

So that explains some things, including his tendency to lead sideways (i.e. away from the defender) and his kicky fee, but what about the floating forward or crazy angles coming off screens?

He initially developed the tendency to lean forward on a number of his jumpers when he first entered the league with Golden State, playing for Don Nelson’s up-tempo Warriors club. Because the team was always in transition, Belinelli often had forward momentum as he’d launch threes in Golden State’s offense — something that would become a habit elsewhere.

As for his penchant for leaning as he comes around screens, Belinelli said that was something he took from his lone season in Chicago, where the Bulls needed him to serve as a point guard of sorts in the absence of Derrick Rose. The team didn’t have many players capable of creating their own offense, so his coaches there told him to be aggressive — and quick — about shooting when he saw daylight after getting a pick at the top of the key.

Well that explains some things, however unorthodox it may be. (Although if Marco wasn’t unorthodox, we wouldn’t have Charlie Thaddeus’s amazing Marco Watch segment, would we?)

The whole article is a fun read, complete with a highlight video, so be sure to go check it out!