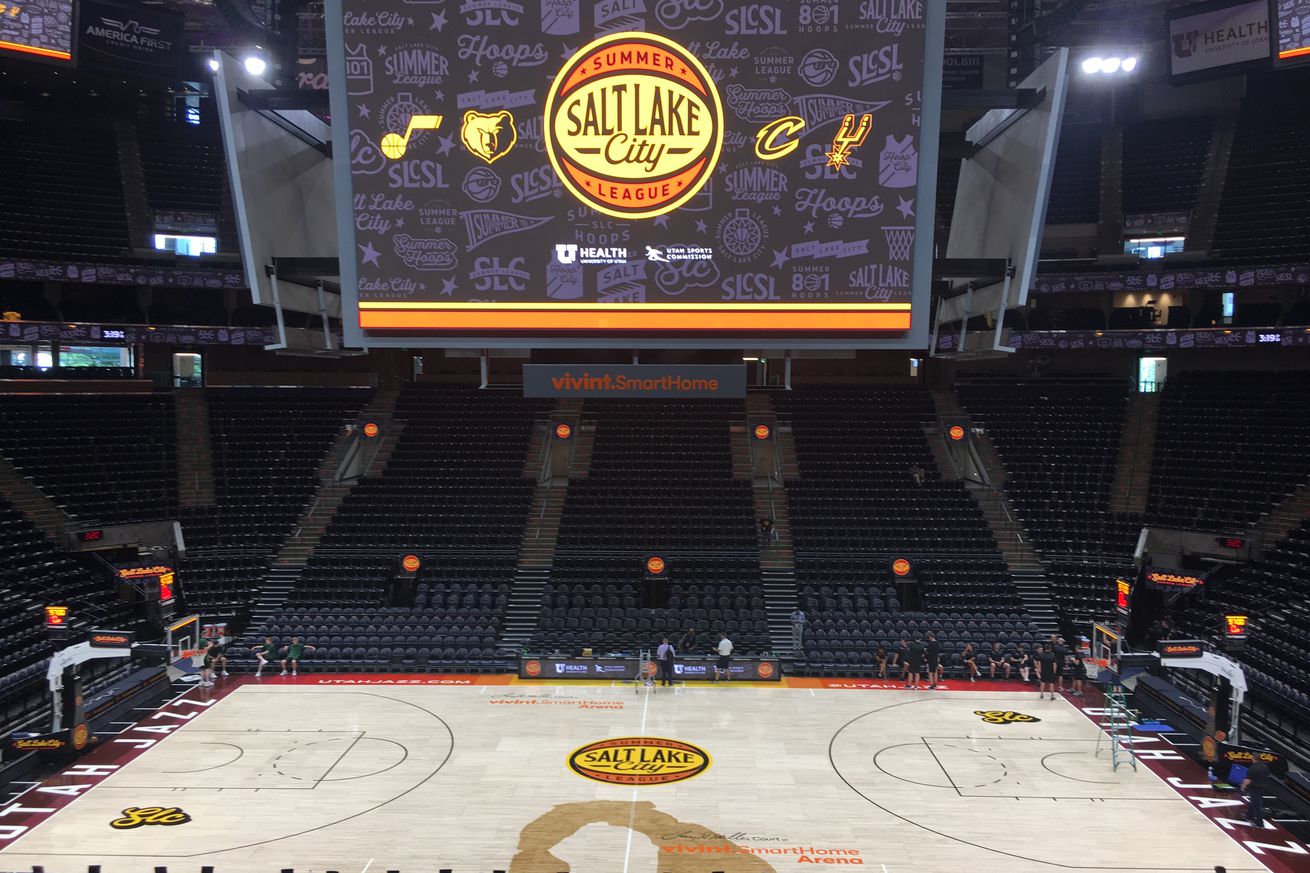 To begin with, attending any Spurs game is a worthy event. But three days of back-to-back hardwood action where we fans are introduced to newly drafted Spurs is a vacation.

I hopped a plane from San Antonio to Salt Lake City for the three day Utah Summer League. By the time I landed, took the light rail to my hotel, checked in and dropped off my bags, I was ready for the short walk to Vivant SmartHome Arena.

I acquired my credentials, took a walk around the nearly empty sporting locale checking out food options, and made my way to the media center to grab information. On my way down, I noticed the Spurs were already engaged in a shoot around, so I stopped to get a look at some new names and familiar faces.

I grabbed a seat and thoroughly enjoyed watching the Spurs work out together as a squad.

Chimezie Metu is out (right foot)

Spurs coming out of the timeout. pic.twitter.com/184zVjN46G

Weatherspoon with the buzzer-beater to end the 3rd! pic.twitter.com/Jd1NafTXKG

I stuck around after to catch a little of the Memphis Grizzlies/Utah Jazz game.

Tonight, yesterday’s two winners — the Spurs and the Grizzlies — will face off at 6:00 PM CT on NBATV as Day 2 of the Salt Lake City Summer League adventure continues.