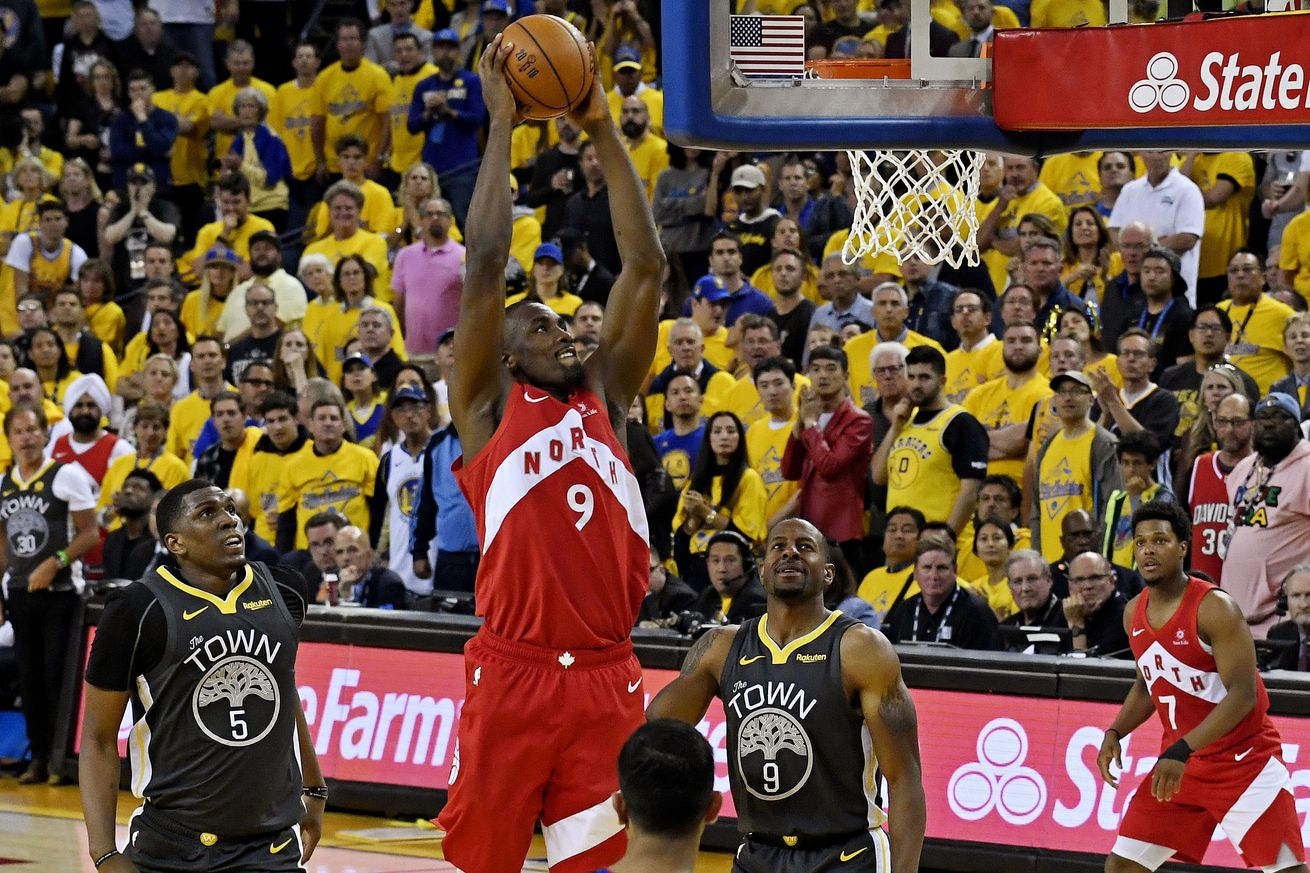 The Warriors are running out of excuses in these finals.

Long-time readers of my stuff may remember two of my prior pieces. One was a Pounding the Rock piece comparing the replacement of all my favorite Spurs players with new ones to the Theseus Paradox. That Paradox asked whether the slow replacement of all the component parts of a great ship meant that it was not the same ship that had won a great battle.

A related piece, from five years earlier, asked whether rooting for a Lakers team with no players that I cared about meant that I was just rooting for laundry.

I had the same blank look last night at the Laker game. Music Attorney to the Stars Peter Paterno invited super-son Pablo and me to the Laker – Clipper game last night. During the first quarter, one Laker guy in a Laker jersey passed to another Laker guy in a Laker jersey, who dunked. While there was much celebration in Staples Center, there was probably as much confusion. Who was the guy who dunked? For the first time in decades (if ever), a Laker guy scored in a game and I had no idea who he was. We later figured out he was a fine fellow named Xavier Henry, Kansas U grad, who was on the Pelicans last year (formerly the Hornets).

And Xavier (number 7 for your future reference) was three times as famous and familiar as another guy in a Laker jersey named Shawnee Williams – who started at power forward. Where did Shawnee play last year? Good question. The answer, as far as I can figure out: Nowhere in the NBA. And he is now starting for “my team”. And there is another guy named Johnson who I wouldn’t recognize if he was sitting in my office. This guy named Johnson was also out there wearing a Laker jersey. One guy I did recognize is Chris Kaman. Probably a perfectly nice guy, certainly a competent if uninteresting basketball player – and now is he another guy wearing the uniform of “my team”. Finally, a guy named Nick Young, who shot every time he touched it, just as he did for the 76ers last year, and USC, when he played there. He, too, is now on “my team”.

All this makes me think of Jerry Seinfeld’s line:

”Loyalty to any one sports team is pretty hard to justify, because the players are always changing; the team could move to another city. You’re actually rooting for the clothes when you get right down to it.”

The very smart people at FiveThirtyEight.com must be fans — or maybe it is just that great minds think alike. I was very surprised, and perhaps honored, to see this as part of the most recent 538 chat about the NBA Finals:

neil: Well, I definitely wanted to talk about that, Nate. Will this series carry questions of whether they really beat THE Warriors?

tchow: I definitely think so. They don’t want any asterisk next to their win if they do win the whole thing.

neil: It’s like the Ship of Theseus. How many All-Stars can the Warriors lose before they’re not really THE Warriors anymore?

Cool, huh? Anyway, this is all a long lead-in to my latest post, discussing Game Four, the Raptors North jersey, and Kyle Lowry’s mother.

The Warriors could explain away losing Game 3.

They could say after Game 3 that they made the right decision to hold Klay Thompson out to let him heal. ”If we had Klay, Stephen Curry would not have had to do everything, and the Raptors would not have been able to focus all their defense on Steph.”

The Warriors could say after Game 3 that Kevon Looney’s absence meant that his 20 minutes had to go to someone else without his mobility, offensively and defensively. ”If we had Looney, we could have defended the Raptors much better, and we would not have needed to play Andrew Bogut 22 minutes.”

The Warriors cannot explain away Game 4.

With all of that, the Raptors won by 13 in what might be the last game ever played at Oracle Arena. The Warriors cannot explain that away.

1. In the first two games, ex-Spur Kawhi Leonard was clearly limited. In Game 3, while not all the way back, he was moving better. Game 4 showcased Finals MVP quality Kawhi. 36 points on 22 shots. Perfection (again) from the free throw line.

And he finally played Kawhi level defense, with 4 steals and his usual all-around defensive floor game. He normally matched up with either Draymond Green or Andre Iguodala, who went 3 for 6 and 1 for 6 from the floor, respectively. And he started the second half with a long three-pointer, a steal from Draymond, and yet another long three, instantly vaporizing the Warriors four-point halftime lead. His 17 third-quarter points led the Raptors to a double-digit lead, and the Warriors never seriously threatened again, only cutting the lead to 8 one time, and that with less than three minutes left.

Courtesy of Zach Lowe at ESPN: Kawhi is “one of two players to have logged at least 1,000 postseason minutes and shot over 50% overall and 40% from three” — to which I would add that Kawhi came into the league with serious questions about whether he could ever become even a league average shooter.

If the Raptors can win one more game, the Finals MVP vote will be unanimous.

2. The other ex-Spur on the Raptors, Danny Green, did not have a good game. Let me say that differently — DG was terrible on offense. Until he finally made a corner three with seven minutes left (off a Kawhi assist, naturally), he had missed 6 threes and 1 two-pointer, with two turnovers and only one assist. With all of that, the Raptors were plus 13 with DG on the floor, tied for game high with Kawhi.

3. Before the Finals started, I pointed out that while the Raptors were heavy underdogs, perhaps they shouldn’t have been:

“The Raptors have home court advantage, which they earned by winning more games during the regular season: a meaningful fact in itself. This is made more meaningful by the fact that the Raptors won all those games despite (or because of?) the choice to rest their best player for numerous games (22, to be exact) during the season.

While the Warriors are clearly an all-time great and innovative offensive force, the Raptors are an excellent defensive team.

All in all, these are two excellent teams, each of which has earned the right to be in the NBA Finals. In my view, each has a legitimate shot to win it all, and I know who I will be rooting for.”

4. On one second-half offensive possession, the Raptors did basically nothing for twenty seconds. Finally, Serge Ibaka took a long contested two-pointer, the worst shot in basketball. Because the shot went in, our favorite announcer Mark Jackson proclaimed “Good offense.” Jackson also described a Raptor shot that was blocked by Iguodala as a “wide open jumper”. In my years of experience coaching, playing, and watching basketball, if a shot is “wide open”, that means no one is close enough to block it.

5. Before the series, there was a lot of talk about how the NBA needed to keep an eye on Drake’s sideline antics. Turns out the NBA should have kept on eye on the Warriors part-owner Mark Stevens, who shoved and swore at Kyle Lowry in Game 3. Stevens “richly” deserved the $500,000 fine and one-year suspension from the NBA.

For Game 4, the NBA should have given his seat to Drake. Even better, to Kyle Lowry’s mother.

6. Watching the game Friday night, I realized that I really like the styling of the Raptors red “North” jersey. It also fits my nickname for Toronto: “Spurs North”. Other than a silver and black jersey with a spur (preferably with a 20 on it), this is my new favorite NBA jersey. Luckily, Father’s Day is coming up soon.

A Spurs’ eye view of perhaps the last game at Oracle Arena
Source: Pounding The Rock