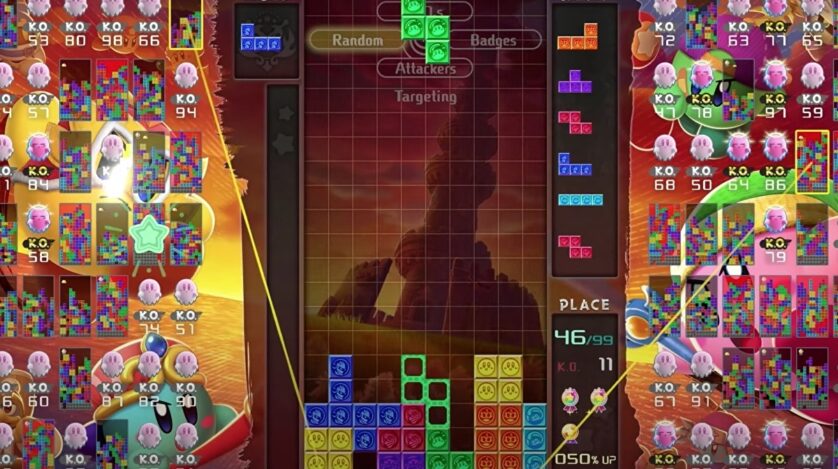 Hoover it up right now.

Fans of Nintendo’s beloved suction bauble Kirby might want to hop onto Switch’s brilliant block-busting battle royale game Tetris 99 this weekend, as there’s a new themed inspired by the pink one up for grabs for a limited time.

The freebie comes via the latest (and 19th, if you’re keeping tabs) instalment in Tetris 99’s irregular series of Grand Prix events, with proceedings already underway and continuing until 6.59am UK time on Tuesday, 12th January.

In order to unlock Tetris 99’s new Kirby theme – inspired by last year’s Switch release Kirby Fighters 2, and viewable in the video below – players simply need to accumulate a total of 100 points by battling it out in online games.

As ever, the higher your placement in a match upon defeat, the more points you’ll be awarded – so if you’re as terminally rubbish at Tetris 99 as I am, then you can expect to play a fair few rounds before the event’s prize is yours.

And if you’ve still yet to experience the delights of Tetris 99’s moreish battle royale spin on the classic block-dropping formula, you might consider remedying that immediately. “There have been countless retellings and remixes over the years, pushing and pulling Alexey Pajitnov’s formula in new and surprising ways,” wrote Martin Robinson as he named it one of 2019’s finest games, “Tetris 99 stands alongside last year’s Tetris Effect as one of the very best yet.”