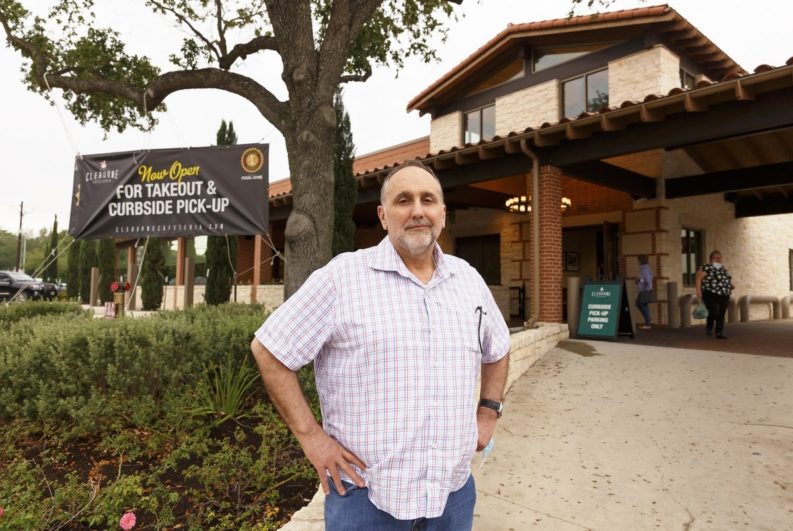 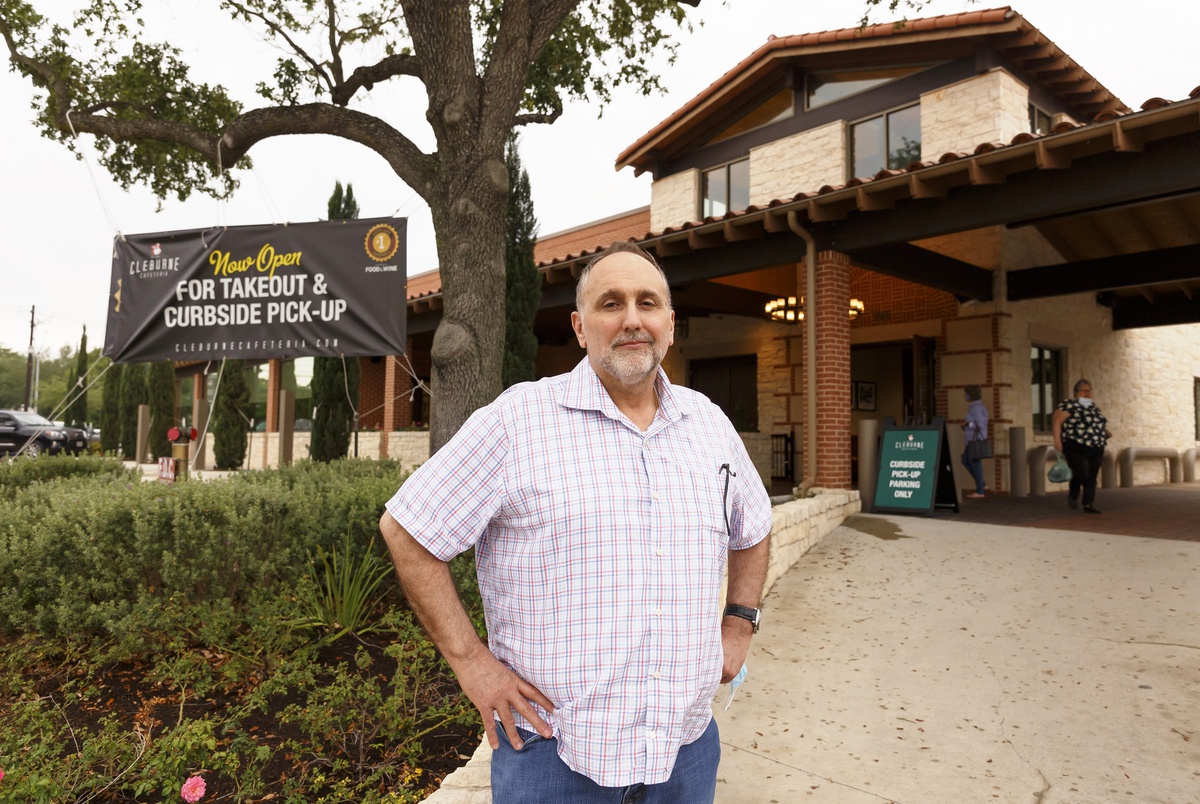 HOUSTON — Cleburne Cafeteria, serving comfort food to the state’s biggest city since 1941, has been forced to close and later re-open after multiple hurricanes and two fires.

On Friday, Cleburne Cafeteria will open its dining room once again — this time, during a pandemic. To prevent the spread of the new coronavirus that first led to a statewide shuttering of in-person dining, the restaurant will provide plastic utensils instead of traditional cutlery, paper napkins instead of cloth and condiment packets instead of bottles.

Patrons there grab a tray, wait in line and order as much food as they desire from the buffet-style restaurant where employees serve the food — similar to Luby’s, the large Texas-based cafeteria chain. At the buffet, a clear, see-through barrier has recently been installed — much like H-E-B has done at checkout counters — in hopes of protecting employees and patrons from possibly contracting the novel coronavirus.

Owner George Mickelis said the restaurant takes the temperature of each employee at the start of each shift, and they’ll be wearing protective masks in the restaurant. Patrons will also have the option of receiving a temperature check upon arrival.

“We sanitize every freakin’ thing,” Mickelis said. “Including the tray.”

Cleburne Cafeteria and any other restaurant wanting to reopen can do so as early as Friday, along with libraries, malls, museums and movie theaters. They are the first wave of the Texas economy reopening, and a test case for health officials advising Gov. Greg Abbott to see if the state can handle a limited reopening of Texas commerce while containing the spread of COVID-19, the disease caused by the coronavirus that has infected more than 26,000 Texans, leaving at least 690 dead since March 16.

Abbott, who said his statewide stay-at-home order will expire on Thursday, announced the reopening with restrictions — businesses that reopen must operate at 25% capacity and require parties to maintain at least 6 feet of distance between each other.

First: Workers serve food to a customer getting food to go at the Cleburne Cafeteria in Houston on Tuesday. Last: Social distancing signs mark tables as the cafeteria prepares to reopen for business. Michael Stravato for The Texas Tribune

“We’re going to have one of those little clickers you count people with,” Mickelis said.

Abbott’s order makes an exception for counties with five or fewer known cases of the coronavirus. In those mostly rural counties, restaurants may open at 50% capacity on Friday instead of waiting for phase two of the reopening, which is set to roll out on May 18.

Texas’ reopening could add costs for business owners, they said — in addition to many restaurants reshaping operations to accommodate takeout and delivery orders in recent weeks. Abbott’s order released on Monday requires restaurants to use “single use (non-reusable) portions,” disposable menus “new for each patron,” but no mask requirement for restaurant staff.

While potentially bringing economic relief to businesses and workers financially battered by stay-at-home orders, Abbott’s announcement on Monday also complicated matters more for some Texans. Many workers across the state are weighing the risk of contracting COVID-19 against the need for a paycheck. And refusing to return to work after a business reopens means forfeiting unemployment benefits.

For Abby Greene, who had worked as a server at a popular Tex-Mex chain in Tyler until she was furloughed during the pandemic, she fears the possibility of reopening too soon.

“I’m kind of scared to go back,” Greene, 24, told The Texas Tribune. “It’s scary because there aren’t any gloves, I can’t find any at any store that I’ve been to. I can’t find any rubbing alcohol, antibacterial soap or facial masks. Thankfully my grandma sews, so I have one face mask that I can wear right now.”

Even if restaurants were to implement full-service operations soon, a University of Houston study published last weekend found that more than half of owners said it would take at least nine months to recover from the weeks-long halt to normal business operations. And 19% of restaurant owners in Texas have already permanently closed one or more locations, the study found.

At Water Street Waffle Co. in Belton, owner Bobbi Seger is giving it a shot. Seger, 47, said the Central Texas business has lost 90% of its revenues. Seger will have to spend more — to make disposable menus to replace the cardboard menus and to buy gloves and masks.

“I don’t even know if it really is [profitable], to be honest,” Seger said of reopening at limited capacity. “We’re hoping that it is, and that’s why we’re going to go for it and hope that it is and we can continue to keep our doors open, but it is getting more and more difficult because there’s just no income coming in, and we never received anything from the Payroll Protection Plan.”

“There’s a lot of ambiguity with this, “ Darling said. “We’re trying to figure it out. One-way walks, some spacing stuff. And the stores would be limited. The food court is probably the biggest challenge.”

In total, Simon Property Group plans to open 49 of its malls and outlet centers across the country on Friday, according to a company memo reported by CNBC. The mall owner said it would be providing free masks, hand sanitizer packets and temperature tests for customers who ask, according to the report.

Some movie theaters will not be as quick to open. Alamo Drafthouse Cinema, with more than 20 locations in Texas, will not open this weekend.

“Opening safely is a very complex project that involves countless new procedures and equipment, all of which require extensive training,” the company tweeted. “This is something we cannot and will not do casually or quickly.”

AMC Theatres and Cinemark said they expect to reopen in the summer when hopeful blockbusters like Disney’s “Mulan” and Warner Brothers’ “Tenet” are scheduled for release, Deadline reported.

In the theater’s absence, Alamo Drafthouse has offered curbside and delivery options from its kitchens, which have likely ticked up expenses as it has for restaurants offering similar services during the pandemic.

But at Cleburne Cafeteria, which has incurred new food to-go costs in recent weeks, Mickelis is hoping that the host of food options at his cafeteria-style restaurant can provide some comfort.

“After 9/11, everyone was praying, and there was a big spike in mac and cheese,” Mickelis said. “Comfort food. And that’s what we specialize in — food that will be comfortable for your tummy.”

Atari 50: The Anniversary Celebration Review – A Half-Century Of Gaming History Stuffed Into An Excellent Package

Apple’s Headset May Be Delayed To Later Next Year