Explanations for the respective absences of Dani Ceballos and Ainsley Maitland-Niles from Arsenal’s matchday squad this evening have been forthcoming online.

Mikel Arteta’s men are set to return to action shortly, in a Premier League meeting with the Magpies.

Arsenal will of course head into proceedings in search of a bounce-back result, having seen a superb spell of recent form brought to an end last Thursday.

Arteta’s men welcomed Crystal Palace to the Emirates, hoping to make it 5 straight wins across all competitions.

When all was said and done in north London, however, a game Palace side stifled their in-form hosts, to eventually emerge with a deserved share of the spoils.

Arsenal manager Mikel Arteta on the touchline during the Premier League match at the Emirates Stadium, London. (Photo by Andy Rain/PA Images via Getty Images)

A meeting with struggling Newcastle, though, represents the ideal opportunity for the Gunners to quickly get back on track.

The Geordie outfit have looked nothing short of dreadful of late, amid an 8-game winless streak.

This stretch includes a League Cup exit at the hands of Brentford, FA Cup 3rd-round ousting courtesy of their opponents this evening, and, most concerningly of all, a 1-0 defeat to Premier League basement dwellers Sheffield United last time out.

Ahead of the fast approaching kick-off in north London, meanwhile, the starting line-ups of both sides were made official a short time ago.

The XI opted for by Mikel Arteta has since garnered plenty of attention, with both Thomas Partey and Kieran Tierney in from the off, on the back of respective fitness problems:

📋 Here’s how we line up tonight…

Two of those to have surprisingly missed out on not only a place in Arsenal’s line-up, but the club’s matchday squad altogether, on the other hand, are Dani Ceballos and Ainsley Maitland-Niles.

Explanations for their respective absences, though, as outlined above, have since been forthcoming.

When it comes to Ceballos, the Spaniard is said to be struggling with a tight calf. The situation surrounding Maitland-Niles, however, is a more concerning one, with the versatile stopper, on the back of a sub-par display versus Palace last time out, having simply been dropped by Mikel Arteta:

Dani Ceballos out tonight with a tight calf.

Maitland-Niles left out of the squad as a selection choice.#AFC

Tactical Analysis: How Saliba has performed since leaving Arsenal on loan for Nice 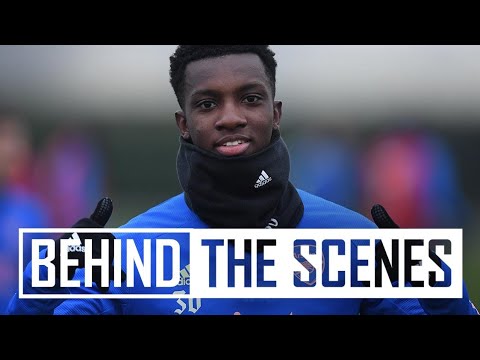 📞 Nketiah’s finishing masterclass | Behind the scenes at Arsenal training centre