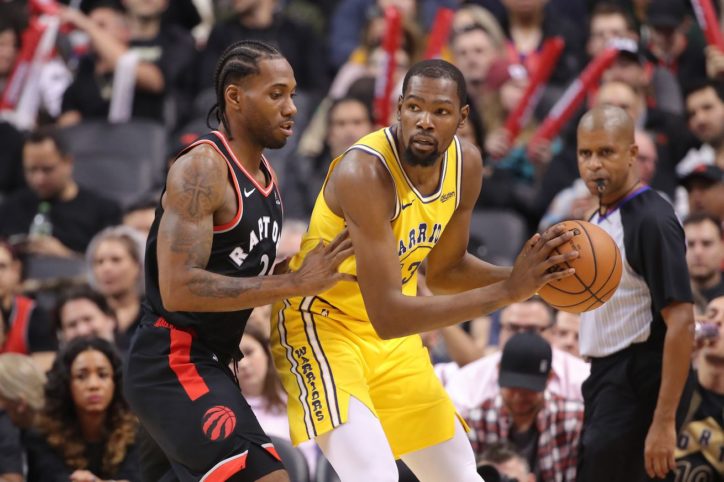 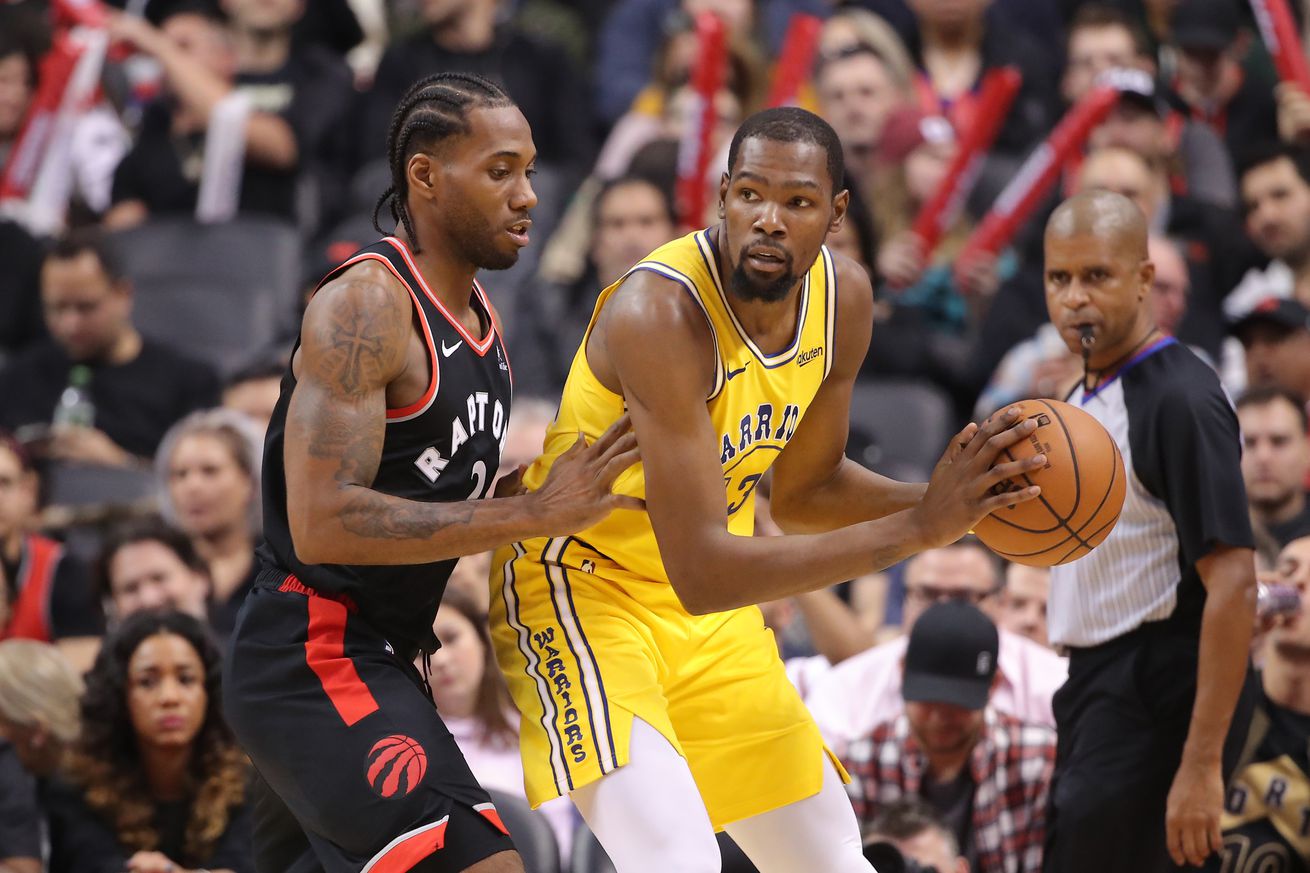 Spurs fans have reason to like and dislike both teams. Who wins out?

Once the Spurs were out of the playoffs, we here at Pounding the Rock ran a poll asking who SpursNation wanted to win. The Death Star Golden State Warriors and the Toronto Raptors (with fan favorite Danny Green and another ex-Spur) did not win the poll. Indeed, 86% of you did not want the Raptors to win, while 96% did not want the Warriors to win.

But here we are, with a Warriors – Raptors NBA Finals. Does that mean Spurs fans are doomed to rooting for one team to lose instead of rooting for a team to win?

As discussed in my last post, the Death Star Warriors became much more sympathetic once Kevin Durant went down with a calf injury. Though KD may return for the Finals and is traveling with the team, he has already been announced as out for Game 1. The Warriors also play a much more Spursian style of play without Durant, and Draymond Green (always an issue when trying to like the Warriors) has been both sane and spectacular in these playoffs. They also have former Spur and Pop’s dinner companion Steve Kerr as a coach.

On the other side of the bracket, the Spurs North Raptors have Spurs fans’ favorite Danny Green, and represent the entire nation of Canada, a country we all like. The non-Danny Green ex-Spur on the Raptors has had a playoffs for the ages, and his comments after the Bucks’ series were extremely Spursian, emphasizing the importance of team over individual.

Before we get to the poll, some discussion of the match-up is in order. While the bettors in Vegas have installed the Warriors as heavy favorites, not everyone agrees. For instance, FiveThiryEight.com gives the Raptors a 55% chance of winning — not an irrational conclusion. The Raptors have home court advantage, which they earned by winning more games during the regular season: a meaningful fact in itself. This is made more meaningful by the fact that the Raptors won all those games despite (or because of?) the choice to rest their best player for numerous games (22, to be exact) during the season.

While the Warriors are clearly an all-time great and innovative offensive force, the Raptors are an excellent defensive team. For one thing, the two ex-Spurs (reason enough to root for The North) are both former All-Defensive Team members, and one was once named Defensive Player of the Year. Other Raptors are also excellent defenders. Pascal Siakam can cover everyone on the floor, while Norman Powell is an excellent defender off the bench. Serge Ibaka is still a great rim protector. (Anyone else surprised that he is only 29?) Marc Gasol is a former Defensive Player of the Year, while Kyle Lowry has this remarkable set of playoff stats (from Blake Murphy at The Athletic):

”Lowry ranks second in deflections (49, leader has 51), first in loose balls recovered (40, next closest has 30) and first in charges drawn (13, next closest has seven) for the postseason. He is one offensive charge drawn (21) away from having the most in any postseason since 2001, per PBPStats.com.”

The “charges taken” stat is one of my favorites — I still think taking a charge should count as a steal. I am sure Manu Ginobili agrees.

The Warriors are also a great defensive team, and have several players who can match up with the Raptors’ best player — primarily Andre Iguodala and Klay Thompson. And that same Raptors player does not have an obvious person to cover on the Warriors. It seems a waste to put him on Iguodala, and he normally wouldn’t cover Steph Curry or Thompson. He may cover Draymond, who has been accurately described by Coach Steve Kerr, as a “wrecking ball” in these playoffs. Of course, if and when Durant returns, the Raptors’ best player will surely wind up defending KD. If Danny can finally start making shots (he was 4 for 23 from three against the Bucks), he will surely be assigned to Thompson. (Spurs fans have some excellent memories of Danny shooting well in the NBA Finals…) When Danny is not on the floor, the Raptors will be often be forced to defend Thompson with the much shorter Lowry or Fred VanVleet whenever the Raptors go with their “two point guard” line-up.

All in all, these are two excellent teams, each of which has earned the right to be in the NBA Finals. In my view, each has a legitimate shot to win it all, and I know who I will be rooting for.

With all that in mind, who do Spurs fans want to win (or, conversely, want to lose)? And regardless of who you want to win, who do you expect to win? Let’s hear from the most knowledgeable fan base in the world!

Who are Spurs fans rooting for — or against — in the 2019 NBA Finals?
Source: Pounding The Rock