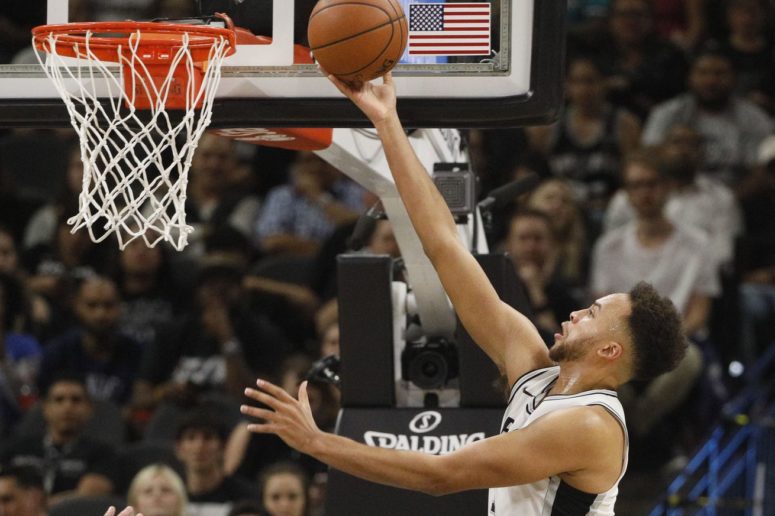 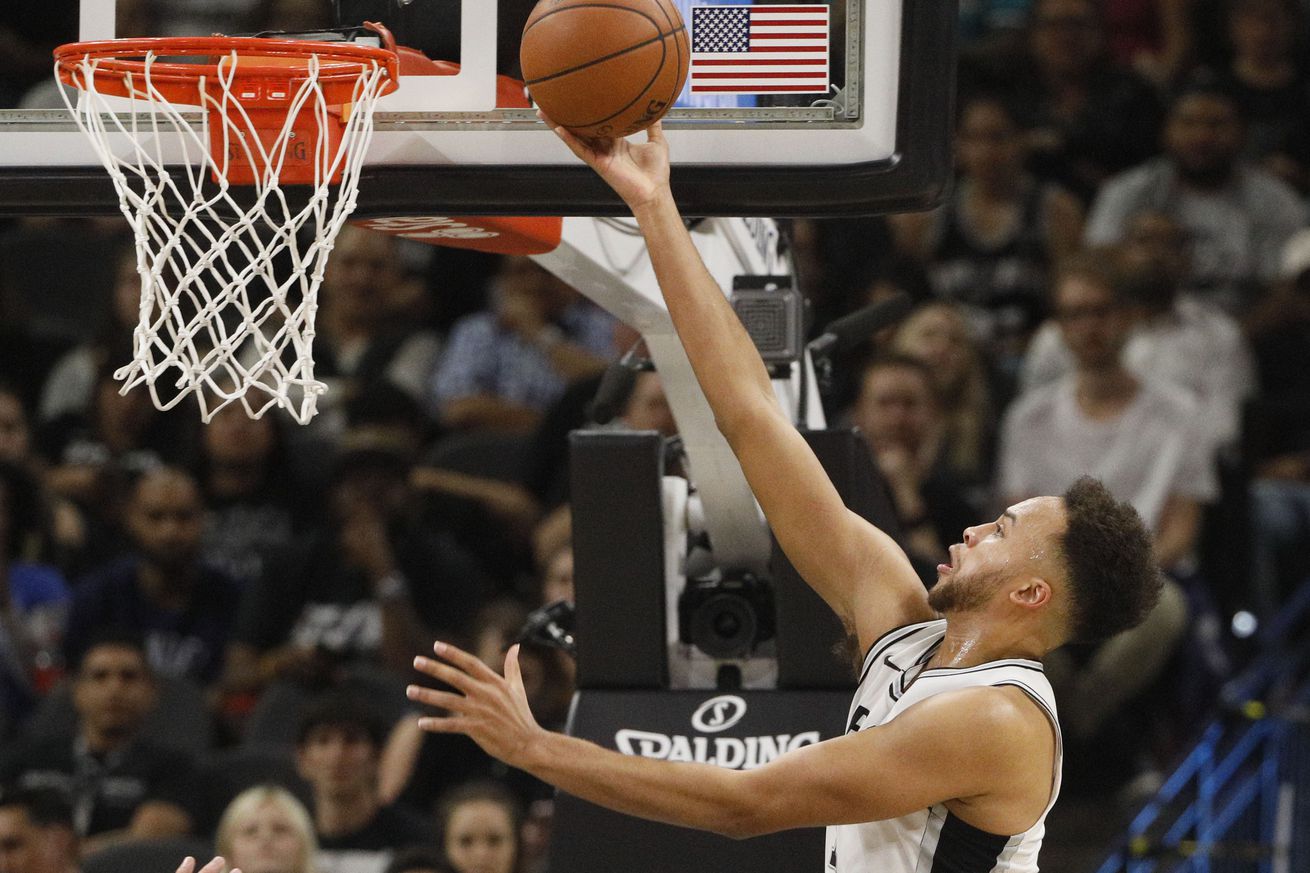 Here’s a PtR staff roundtable discussion about five topics that interest us this week.

Without further ado, let’s get started:

If neither Kawhi Leonard nor Tony Parker returned this season, where would the Spurs end up in the Western Conference?

Mark Barrington: LaMarcus Aldridge plus a bunch of role players would end up fourth in the Wesbt, because everyone knows their roles and performs admirably. Oddly enough, that’s where I predict they will end up with Parker and Leonard returning at the halfway point. But the full roster team is a stronger playoff contender.

Marilyn Dubinski: I think they would remain on pace for 50-52 wins, but that wouldn’t be enough to keep them in the 3rd/4th seed as it is now. I think they’d be 5th, upset whoever got 4th (Minnesota, Portland, Denver, OKC?), then fall to Golden State in the second round.

Jesus Gomez: I think it would depend on health. This team, without Parker and Leonard but with everyone else healthy, should win close to 50 wins. That should be good for a top four finish in the West. If any other core piece misses time, which is likely, then I could see them in the 45-win range. The fact that it’s hard to imagine them missing the playoffs even without Leonard is a testament to R.C. Buford’s roster construction and Pop’s ability to get the most out of marginal players.

Bruno Passos: Fourth sounds about right. There’s no way they’d crack the top two, and I feel like one of Minnesota, OKC or Portland would catch up on them for the three seed. That’d still be pretty impressive, and it would make LA all the more deserving of a return to the All-Star Game.

J.R. Wilco: Before Parker’s return on Monday, the team was on pace for 52 wins. That’s essentially no margin for error at all when it comes to continuing the streak of 50 wins a season — not when any injury to a starter could set them back another three to four losses. So, mid- to high-forties just with normal injuries through the season, and low fifties if we grant full-health throughout our hypothetical season without the Quad Bros returning.

Kyle Anderson has filled in impressively for Kawhi Leonard. Once Leonard returns, will he still get minutes? If so, in which role?

Barrington: Kyle’s roles will be various. He’s the most versatile player on the Spurs roster, and Pop will call on him to provide defense, rebounds and scoring as needed from the two, three, and four. Unfortunately, I think this means that Brandon Paul’s ass will be glued to the bench for the remainder of the season, except in garbage time.

Dubinski: Kyle has done too well and remained too patient over the years to fall back to the third string (especially if the Spurs have any interest in retaining him this off-season). I think Pop will find a way to get him minutes, maybe as a point forward off the bench while keeping Patty in his preferred off-ball role (assuming Tony resumes the starting PG position). I think his minutes would come mostly at the expense of DeJounte Murray and/or Joffrey Lauvergne, depending on how small Pop wants to go and if he staggers Aldridge and Pau Gasol’s minutes more once Kawhi is back to provide offense for the starters.

Gomez: I think he’ll get minutes, just not a lot of them. Once Leonard is fully back, he should get at least 30 minutes, most at small forward. Rudy Gay should settle into the 25-minute range, both at small and big forward. Aldridge plays some power forward. Once Parker returns there will be a surplus of guards, which might push Danny Green up a position. There just aren’t going to be a lot of minutes left at the forward spots. Certainly not 27, like Anderson has been getting so far. Hopefully he will be able to adjust and continue to be a huge asset on a smaller role. He’s really taken a leap this year.

Passos: Pop said he’d need to find a way to keep giving Anderson minutes once Kawhi came back, but it’d certainly be a drop from the 27.5 he’s been getting per game up until now. He’s useful in a number of ways, and has really lifted lineups that lacked playmaking. I’d expect that kind of role to continue, but with his minutes back in the 15-20 range.

Wilco: I think what will save Kyle from being relegated to the bench is his versatility. With the league going smaller, and depending on the opponent, Slow-Mo can play 1-5. He can get buckets, and he can make stops. Pop will find minutes for a tool that flexible. I see him getting at least 20 minutes a game in any role the game presents a need to Pop that Kyle can fill.

Rudy Gay was the Spurs’ biggest off-season addition. Is he performing like the 6th Man of the Year candidate he’s supposed to be?

Barrington: He was performing spectacularly at the start of the season, but he’s tapered off a bit recently to just really good. I think he might be having back issues, but I think he’ll be fine soon. I’m still picking him for sixth man of the year.

Dubinski: I believe he is. He’s had his ups and downs, but he’s also returning from a devastating injury and adjusting to life off the bench after being a career starter. A good night from him, which is more often than not, almost always guarantees a Spurs victory, and that’s exactly what you would expect from a 6th man. He could stand to be more consistent, but at this point the reward seems like his to lose.

Gomez: He’s been fine. I think the only issue is consistency. He’s had really great games and some in which he’s looked a little slow on defense or has forced things on offense. Again, it’s fine. He’s just coming back from a serious injury and is adapting to a new role. I don’t have him in my top three for Sixth Man of the Year at the moment, but he could get there in a couple of months.

Passos: He’s definitely proven to be worth the contract he’s on, but I think there’s still much to improve upon between settling in offensively and learning the defensive system. Without looking at the rest of the field, I’m not sure he’d get my vote for 6MOY, but I think he’ll get to that level in the next few months.

Wilco: I think he’s a bit below where he’d need to play in order to win the 6MOTY award. But he’s still learning how to play with the Spurs, hasn’t played with Kawhi at all, and is still probably getting his body used to playing after his surgery. There’s good reason to expect him to continue to improve from what we’ve seen so far.

After a rough start to the season, Patty Mills has performed better since becoming the starter. Should he keep that role once Parker returns?

Barrington: Mills is better playing against the other team’s bench and also does better playing with an auxiliary ball handler like Manu or Kyle Anderson. Since Kyle’s leaving the starting lineup, I expect Patty to go with him and get most of his minutes when Kyle is on the floor. His scoring, at least per minute, should go up when Tony is the starter.

Dubinski: While Patty has been better as a starter, I do think he and the team will be better off in the long term with him being the spark plug off the bench. The ball moves better with that unit so he’s likely to get more open looks, and Tony can manage the floor better for the starters. Pop might initially bring Tony off the bench, but I think sooner than later Patty will be back in his bench role.

Gomez: I’m assuming Pop is going to bring Parker back slowly, so Mills might start for a little while longer. Once Tony is in game shape, I’d like to see him start. He has good chemistry with Aldridge and with both Pau Gasol and LMA taking threes now, his lack of consistent outside shooting should not be a huge issue. Mills will hopefully go back to making shots in a bench role and he might finish games if Parker’s defense becomes an issue.

Passos: Once Parker’s back (and looking close to the Parker of last season), Patty will be more effective coming off the bench. Pop hasn’t lost sight of how important Parker is, calling him the team’s best pick and roll player, and that kind of shot creation has been missed up until now. Mills does his best creating not off the pick and roll but when he’s working off the catch, attacking close-outs, and we should be seeing more of that with him working with that bench unit.

Wilco: Parker starts. Mills backs up. That’s who they are and how they’ll be used until Parker’s agility falls off a cliff or Murray gets so good it’s foolish not to start him — and we’re a ways from that happening. Maybe a couple years away.

Which stat is more surprising, the Spurs ranking fourth in the league in offensive rebound percentage or ranking fifth in assists per game despite all the injuries?

Barrington: Rebounds. Their scheme discourages offensive rebounding and the roster isn’t exactly packed with bigs. But Pau and LaMarcus have been terrific, and Kyle’s length and smart positioning get him tons of boards. Also, Dejounte Murray is really good at rebounding. Assists are just a given for the Spurs. That’s how they’re coached, so it doesn’t surprise me.

Dubinski: Offensive rebounding. The System always finds a way, and the Spurs have some of the better passers at respective positions in the league (Manu, Gasol, Kyle, etc.), so it’s not too surprising that the Spurs are still getting their assists in. On the other hand, Pop has always been a coach who prefers his players to get back on D instead of pounding the glass, so it’s somewhat surprising to see them going for the offensive rebounds. Then again, the Spurs do have more length than most teams, so why not?

Gomez: The offensive rebounding stat is strange from a basketball philosophy standpoint. Pop has always prioritized getting back on defense. Since the 2000/01 season, the Spurs had finished in the top 10 in the league in the stat once, back in the 2002/03 season, when David Robinson was still around. I still think the assists stat is more surprising, though. The Spurs don’t have an elite perimeter playmaker around. It often feels like they rely too much on individual scorers to make a shot. Apparently that’s the eye test failing. They have nine players averaging at least an assist and no one averaging more than four. The way the Spurs play right now might not be pretty, but it’s apparently still unselfish.

Passos: The rebounding is the most surprising, and even more impressive given how good the Spurs have been in limiting opponents’ fast-break opportunities. With an offense that barely ranks inside the top 20, getting those second chances has been big.

Wilco: Seeing how many conversations I had over the summer with my writers about the makeup of the roster and where the rebounds would come from, I’ve got to say I’m surprised at the rebounding. Of course, I expected the Spurs to start Aldridge and four smalls and willing play more small-ball than they have. But still. This level of rebounding is surprising.