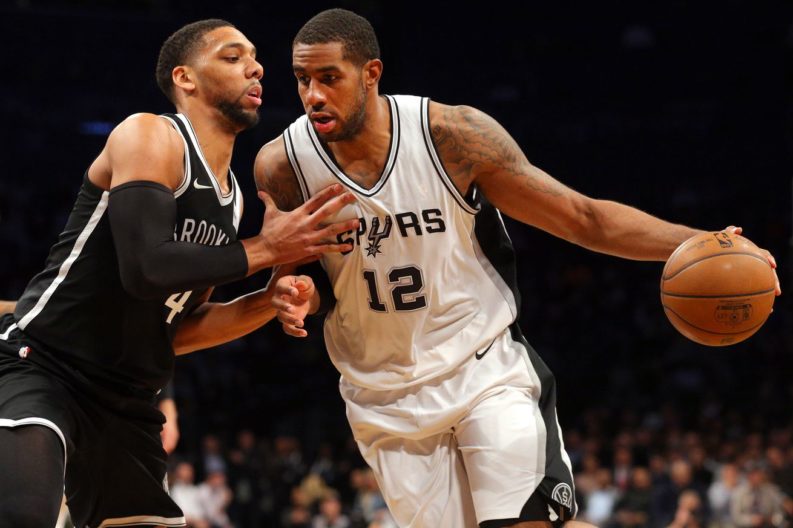 Spurs take another step to get back on track on the road.

The San Antonio Spurs, still on a seemingly endless “win-one, lose-one” seesaw, faced the Brooklyn Nets on Wednesday night trying to get back on the winning track after a close loss to the Atlanta Hawks on Monday.

Of course, the main story coming out of San Antonio was the team announcing their decision to rest Kawhi Leonard indefinitely due to his re-occurring quadriceps injury.

But the Silver and Black were able to navigate past this unfortunate news, thanks to LaMarcus Aldridge’s 34-point effort and Patty Mills’ 7-8 on threes.

Here are some takeaways from the game: