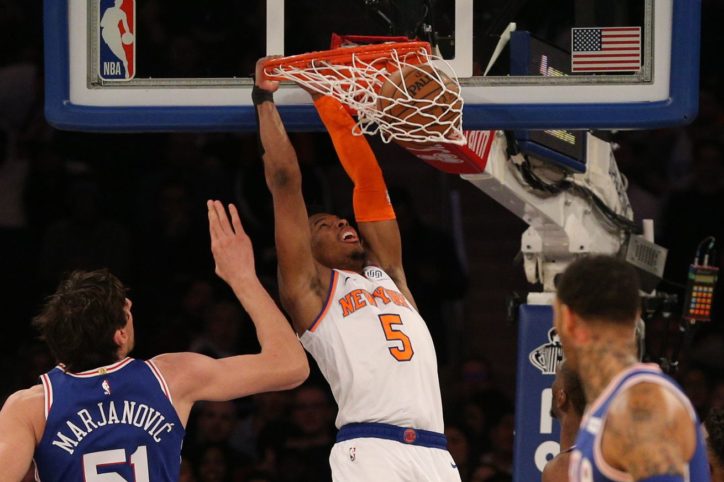 Skills Challenge and 3-point and dunks, oh my!

Day two of the NBA All-Star Weekend has three of the most celebrated events: The Taco Bell Skills Challenge, the Three Point Contest, and the AT&T Slam Dunk.

First of all, I got excited until I realized this wasn’t 8 elite athletes participating in a chimichanga scarfing contest.

Contestants are paired against one another and start by dribbling between five obstacles while running down the court. Then each player must throw a pass into a net. Third, the players must dribble back the full length of the court for a lay up. Next, they dribble back down the court and hit a three-point shot from the top of the key. The first player to hit the three knocks out the opponent. A champion is decided by single elimination tournament format, where a guard and a center face off for the title.

Each participant attempts to make as many three balls as possible from five positions beyond the arc in one minute. There are five racks with five basketballs. Out of the five balls, four are worth one point and the fifth one, the “money ball”, is worth two points. Since 2014, a rack consisting only of “money balls” has been added, and can be placed on any of the 5 spots on the course.

In the first round, each player has a chance to qualify for the final round consisting of three shooters. The player with the highest score in the final round is crowned the winner.

The night ends with one of the weekend’s most popular contests. Charlotte Hornets own Miles Bridges faces off against John Collins of the Atlanta Hawks, Hamidou Diallo of OKC and New York Knicks guard Dennis Smith Jr.

NBA and WNBA stars Alonzo Mourning, David Thompson, Dee Brown, Candace Parker and A’ja Wilson will serve as judges. Each dunk scores between 6 and 10 points yielding a max of 50 points per dunk. The two players with the highest combined score on their two first-round dunks will move to the finals, with the winner being the higher scored in the final round.