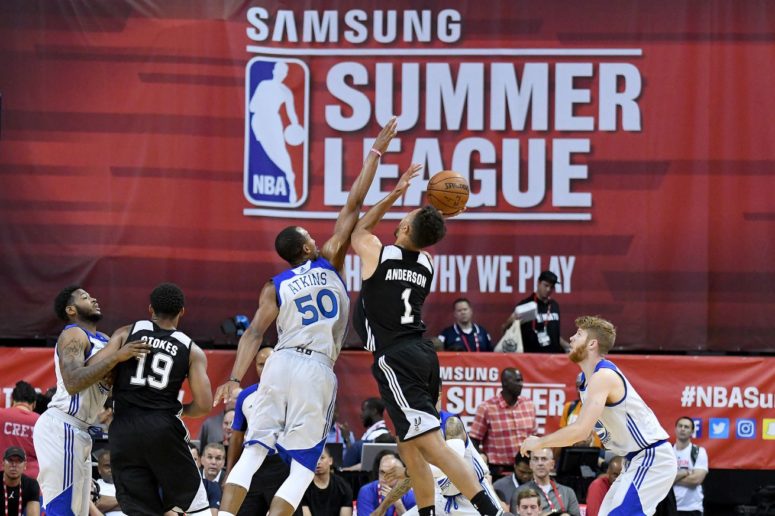 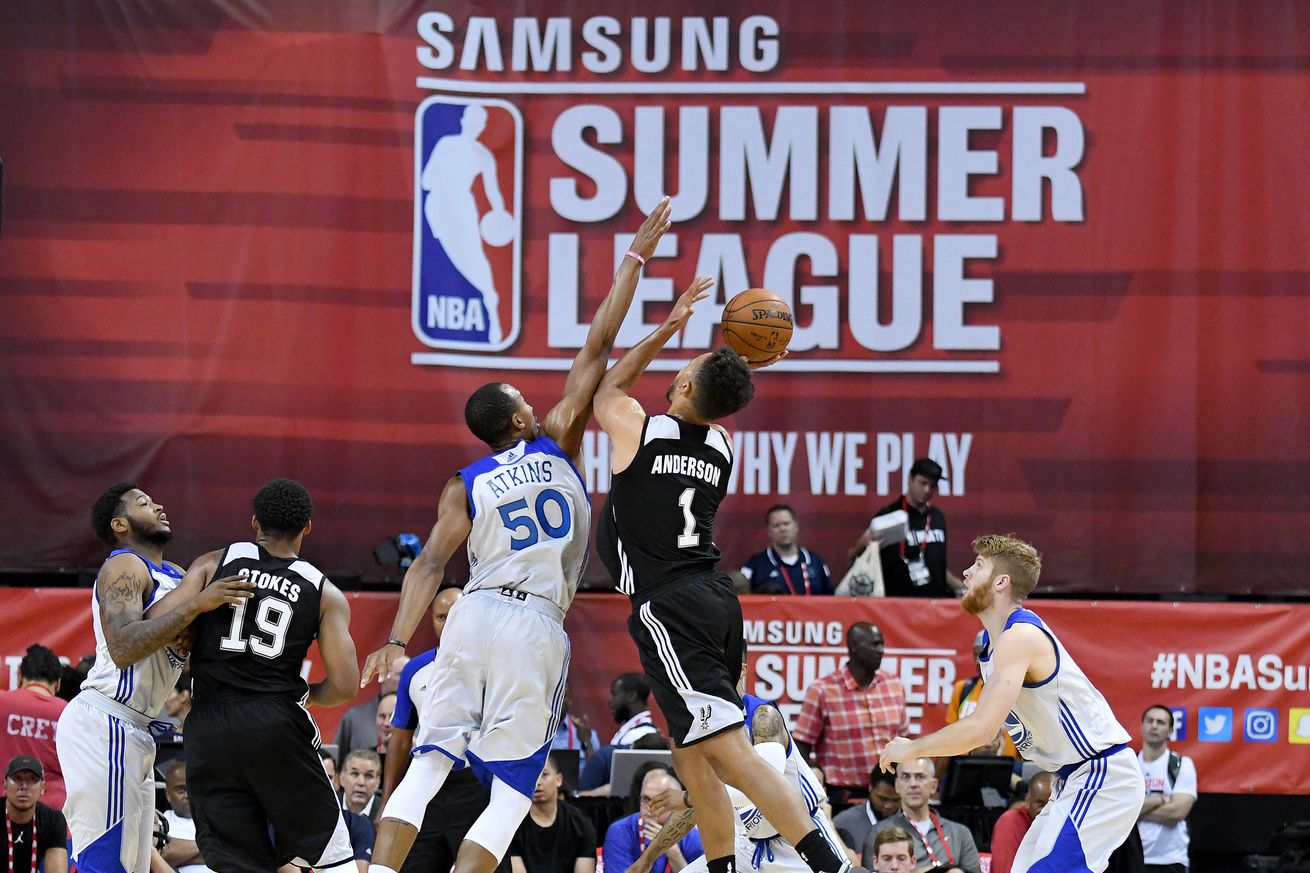 The Spurs are sending an intriguing mix of new and familiar faces to Utah and Las Vegas.

Seems like the grind never stops. Starting Monday, we’ll be getting an early look at some of the younger Spurs, complete wit the cavernous, squeaky acoustics of summer league.

Here’s the announced schedule of games for San Antonio:

(Plus games to be announced for the Vegas playoffs.)

And here’s a look at the Spurs’ summer roster:

All eyes on Dejounte

This could be a big offseason for 20-year-old Dejounte Murray, who says he’s already put on five pounds of muscle and will be working out with Kawhi Leonard later this summer. Coming off a promising rookie year, summer league is a perfect time for Murray to go out, make mistakes, develop his leadership skills — and maybe even dominate like Kawhi did in his second summer league appearance. He should have no problem using his first step to blow by the lesser competition of SL, but it’ll be interesting to see how he runs the offense and whether his finishing has improved.

I’m here for this.

A first look at the rookies

2017 draftees Derrick White and Jaron Blossomgame will both be showing off their skills as they get a feel for the Spurs system.

Other interesting names on the roster

Bryn Forbes is still not guaranteed for 2017-18, and his performance could be worth keeping an eye on given the Spurs’ re-signing of Patty Mills and drafting of White. Summer league also marks a return to San Antonio for former first-round pick Livio Jean-Charles, who failed to make a good first impression in preseason last year. We’ll also get a look at 2015 second-round pick Cady Lalanne, as well as Olivier Hanlan whose name may not be familiar because he was acquired by the Spurs in the trade that sent Boris Diaw to Utah last year. Then there’s Cleanthony Early, a former Knicks draft pick who definitely has some game.

Rumored to be headed to San Antonio next season, the name that was most noticeably absent from the Spurs’ summer league roster is Euroleague Defensive Player of the Year Adam Hanga. I haven’t seen any news as to what’s going on, and I’m also not too high on him as a prospect. For what it’s worth, Jabari Young had this to say about him:

He’s not on the Utah roster. Could join them Vegas, but not sure

There will be another Ginobili present

Becky Hammon won’t be holding the clipboard this year, with assistant coach Will Hardy assuming head coaching duties in both Utah and Vegas. But the most interesting coaching note is probably Manu’s brother, Sebastian, who will be on the summer-league sidelines as an assistant coach. “Sepo” is the head coach of the Ginobilis’ hometown club Bahia Basket. He’ll be joined by Dejan Radonjic, the head coach of Serbian club Red State Belgrade. And I definitely didn’t (ahem) have to use Google to find that out.