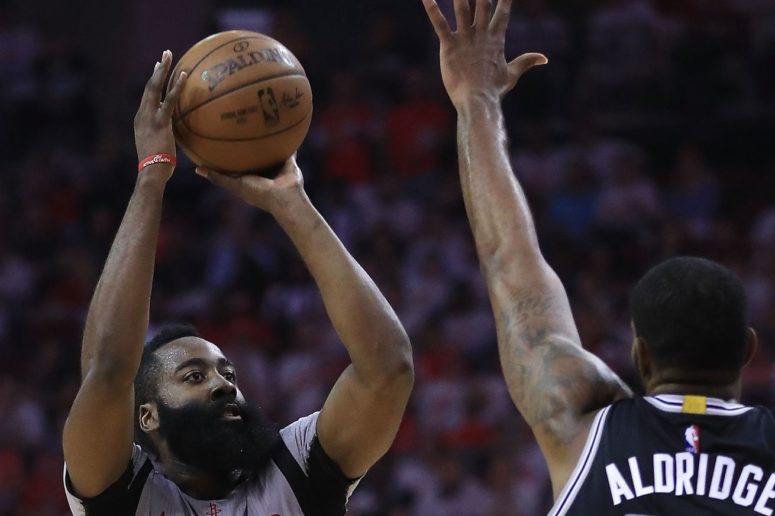 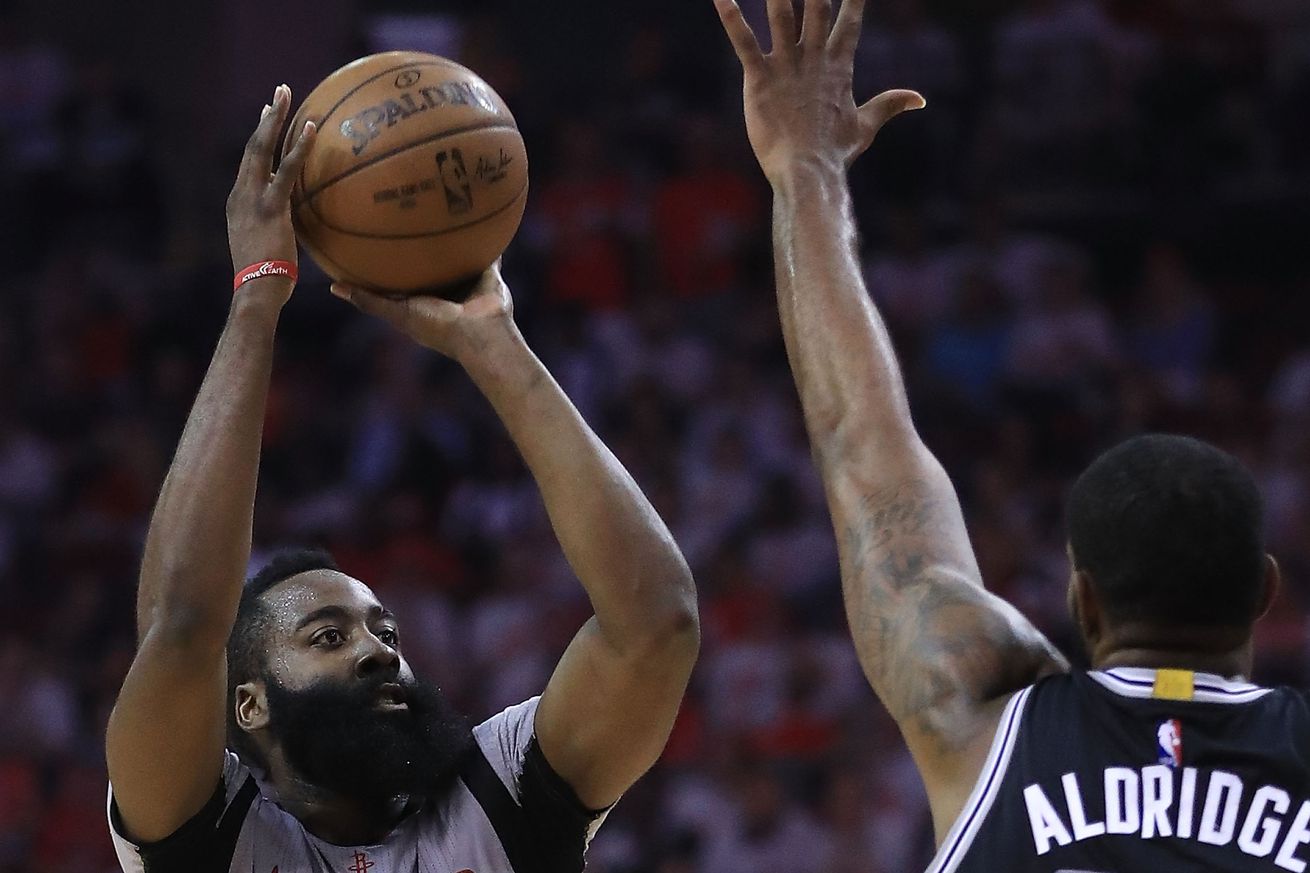 Can the Spurs do anything but hope the Rockets miss open threes?

At first blush, it’s tempting to look at what happened to Game 4 and curse Mike D’Antoni’s dumb luck. Nene’s injury led him to stumble into the ultimate unguardable lineup, a “five-out” look with Ryan Anderson at center where no one is within a mile of the paint and all of them can shoot threes. It reminded me of when Chris Bosh got hurt in 2012 during Miami’s playoff series with Indiana. It forced Erik Spoelstra to play LeBron James at the four and Shane Battier at the three. All of a sudden, James was unguardable and the Heat didn’t have any drop-off defensively. Then, once Bosh returned, Spoelstra simply put him at center instead of guys like Dexter Pittman and Joel Anthony and voila, they became the Monstars.

The Anderson lineup is similarly problematic, except on just one end of the floor. James Harden, Lou Williams and Eric Gordon can all blow by their defenders 1-on-1, and sometimes Patrick Beverley plays with them too. That’s three or four guys that can cruise for uncontested layups every time, with no one to protect the rim.

It created what TV people called “bad optics” for the Spurs. Except here’s the thing: The Anderson lineup wasn’t what cost them the game. The Rockets were outscored by 1 in the 18:42 he played at center. The Spurs scored on them at will just the same. Of course they did. They had RYAN ANDERSON PLAYING CENTER. The whole “defensive strategy” of those lineups, inasmuch as it could be called strategy is for Anderson or Harden to not injure themselves or get called for fouls while going through the motions of defending the post. They were playing with Jahlil Okafor-esque intensity in their own end. It was tanking-level defense.

The problem with the Anderson lineup is that the Spurs were so preoccupied with guarding the three, that they conceded twos. And on the other end the Rockets were so willing to do the same, that there was no real opportunity for the visitors to go on a run and catch up. It was like a pillow fight or the All-Star game. Point Kawhi was neutralized because it simply made more sense to give the ball to the bigs being guarded by people six inches shorter and 40 pounds lighter than them.

Where the Spurs lost the game was in how began the first and third quarters. The softness of the Spurs bigs enabled the Rockets to jump out to a 15-point lead. As was the case in Game 1, the Spurs often shot too quickly in the clock and took inefficient, often contested mid-range shots in doing so. The Rockets drove the ball down their throats in these situations, along with the easy breakaway baskets they got off turnovers. Houston relentlessly drove into the paint with Aldridge nowhere near the lane while the Spurs treated the paint like it was radioactive until Simmons and Ginobili checked in. San Antonio basically punted the opening eight minutes of the game, putting themselves in a huge hole.

Then, after battling back in the second quarter to make it a game, the Spurs gave it away in the third. With Nene sidelined D’Antoni elected to start Gordon in the second half, essentially relegating Anderson to backup center. Popovich, however, stayed with the Gasol-Aldridge combo, even though it guaranteed that one of them would be stranded on an in island every defensive possession. Harden kept forcing switches and they kept burying threes.

Some of them were contested, some were taken from 30-feet, but it makes little difference. Even though the Spurs’ bigs figured out the offensive part —outscoring the Rockets 38-14 in the paint— and the team got their rear ends in gear to clean up the transition defense issues, their defensive personnel gave them no chance.

Look, I know I’m beating this horse to death, but I can’t make this any plainer: The Spurs were +2 playing small in 19:03 and -18 playing big in 21:08. You’re flirting with disaster as it is playing big with their regular lineup with Capela at center and Anderson at the four. But it’s absolute suicide when it’s Capela and four smalls or Anderson and four smalls. Most of the Spurs’ small-ball —13 minutes out of 19— was with David Freaking Lee instead of Aldridge or Gasol and they still fared better with it than playing with two bigs.

You’re asking for a lot when you play two bigs vs. the Rockets. You’re asking for both Gasol and Aldridge to be active and engaged at the same time offensively, which is asking a lot since the former is 36 and the latter is clearly laboring through a knee injury. And neither is even the team’s best player, which makes feeding repeatedly even trickier. You’re also asking for one of them to defend a three-point shooter at all times. The best-case scenario there is Harden taking the shot off a switch. And this doesn’t even account for Lee in the equation, who brings you zero rim protection on one end and no offensive threat on the other. He can’t post up, he can’t shoot from range, I’m at a loss for what he does except “bring energy.” At least Dewayne Dedmon can catch an occasional lob or contest a shot now and then.

Or you can hope that both Gasol and Aldridge will be locked in for all 48 minutes on both ends and that the Rockets will just choose to miss a bunch of wide open threes. That might work too.