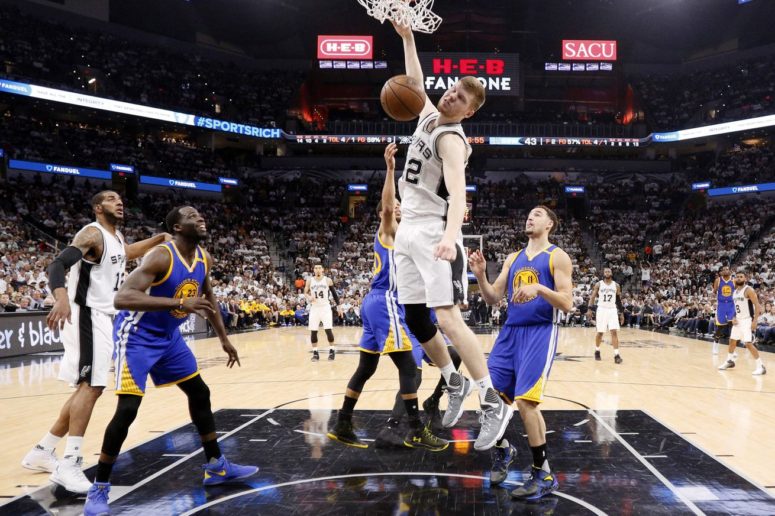 Conventional wisdom holds that the Golden State Warriors are the best team in the league and their reign of terror isn’t like to end right away. The San Antonio Spurs finished with the NBA’s second best record last season, but the Western Conference’s best teams have taken one or more big steps forward this summer. Many think things are going to be crowded at the top of the league’s premier conference, but there are also opportunities for the good guys.

The newly formed Timberwolves are a young team that hasn’t made the playoffs yet and still have questions defensively. The Rockets have two ball dominant players in James Harden and Chris Paul who may have issues fitting together. And no one knows what Oklahoma City will look like with two alpha dogs like Russell Westbrook and Paul George learning to work together.

So there’s a good amount of room for the Spurs to continue their dominance of the West. However, it won’t be like the Spurs teams from the past. This squad will need a few things to break their way if they are going to reach the second seed.

Kawhi Leonard has firmly established himself as one of the NBA’s premier players. He needs to play like the best player in the NBA for the Spurs to have a chance at the two seed. His offensive arsenal will have to be replenished with more weapons to allow Kawhi to take the next step forward in his progression.

He won’t have Tony Parker until possibly January at the earliest, LaMarcus Aldridge didn’t have the best season last year and the Spurs weren’t able to bolster their offense much this offseason.

So it will fall on Leonard to carry the bulk of the offense on his shoulders. Could we see him average 30 points, five assets and eight rebounds and while becoming a full-blown monster on the court?

Speaking of Parker, he’ll need to turn back the clock to help the Spurs ascend in the west. He is currently recovering from right quadriceps surgery after rupturing that tendon in playoffs against the Rockets. As a 35 year-old man this surgery will take a great toll on his already hampered mobility.

I am hoping that Parker will return from this surgery and start playing more like the 2007 NBA finals MVP he used to be. If Parker can somehow average 15 points and eight or so assists a game, it will be invaluable to the Spurs.

The young guns step up big

We all saw the flashes of greatness from Dejounte Murray last year in his limited minutes. In back-to-back regular season starts Murray put up double-digit point totals against the Nuggets and Cavilers. The Spurs will need that Murray to show up as he may be forced to start and get major minutes in the early portion of the season. He isn’t the only young player that will have to produce more.

Davis Bertans will play a major role for the Spurs if his overall game improves. He’s 6’10, has a golden three-point stroke and would make a solid small-ball power forward. Bertans will need to become more consistent on the offensive end, shore up his defence and grab some boards in order to get consistent minutes. If he can’t do all three things, chances are that he will stay glued to the bench.

Will the Real LaMarcus Aldridge Please Stand up

The Aldridge experience has yet to fully meet expectations.

When he signed the 80 million dollar deal to come to San Antonio, the Spurs thought they found their number two to put beside Leonard. That failed to happen, and he now has a lot of pressure on him.

This is pretty simple; Aldridge fitting into the system and averaging 20 and 10 represents San Antonio’s best path to the two seed. It’s impossible to overstate how important this factor is for the Spurs going into the season. It’s easy to say that this season is a referendum on whether LaMarcus and San Antonio are compatible. If they don’t get what they need from him, then the two seed and his future in San Antonio look bleak.