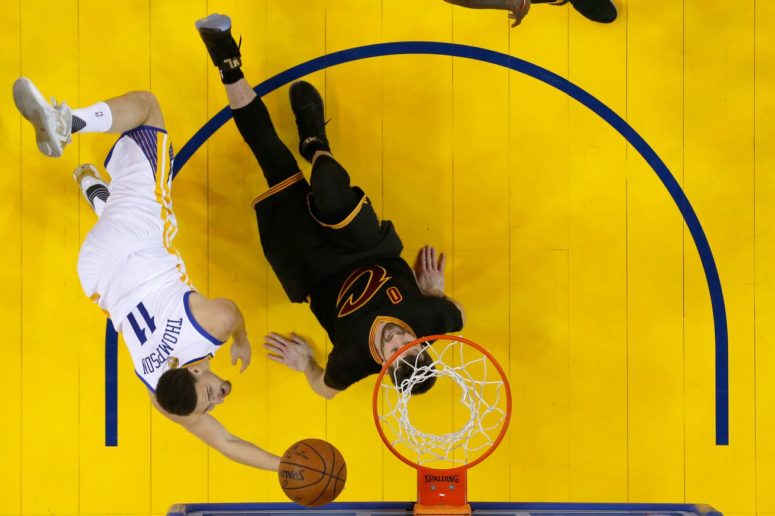 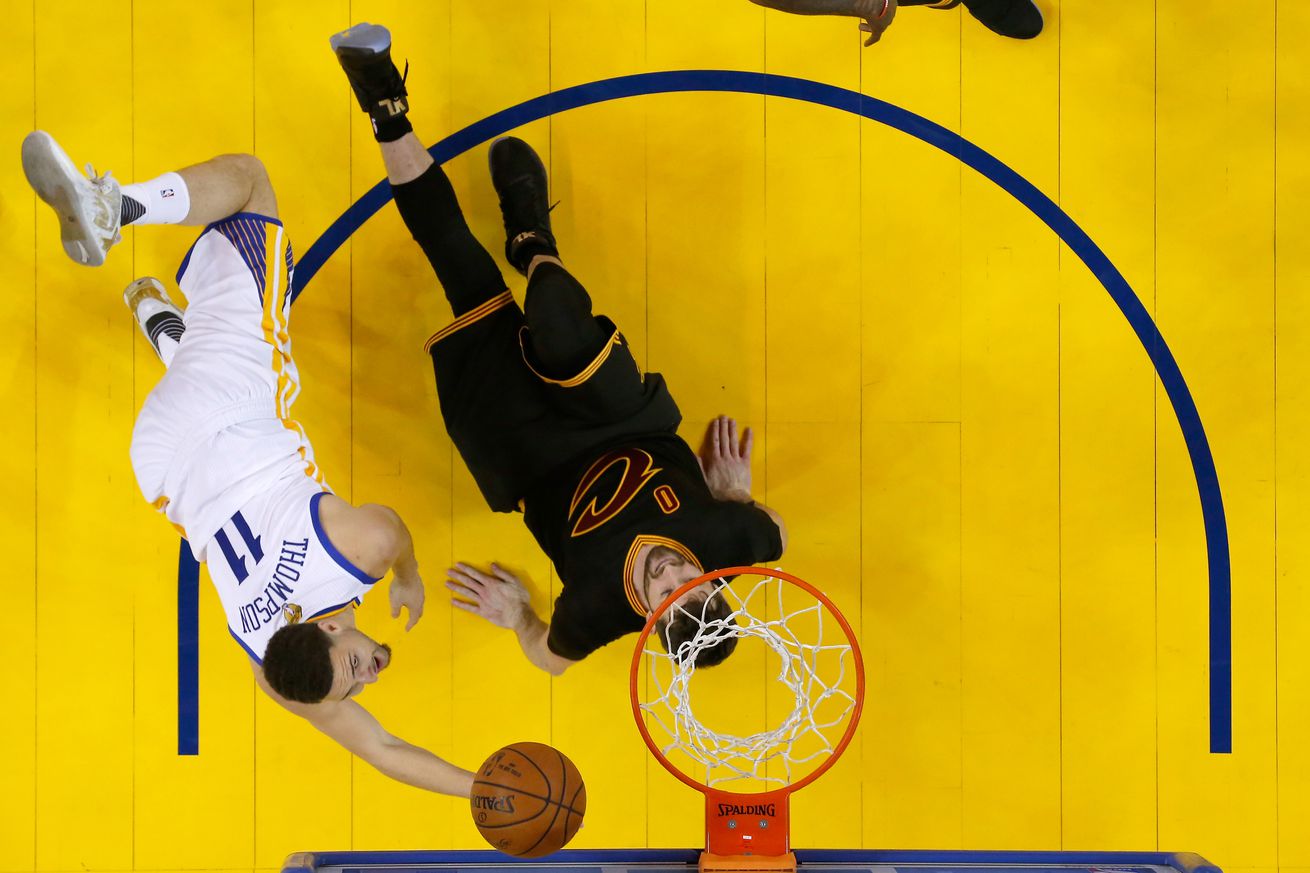 The problems that plagued Cleveland in Game 1 disappeared, and were replaced by new ones.

Two roads diverged in a wood, and I—
I took the one less traveled by,
And that has made all the difference.

The Warriors took a road less traveled in Game Two. They decided to throw the ball all over the lot – 20 turnovers by the Warriors, more than doubling the Cavs 9. As a result, as opposed to Game One, the Cavs had significantly more shots than the Warriors – 100 shots for the Cavs to only 89 for the Warriors. Game Two turned into a trip on a completely different road than Game One.

So how did the Warriors’ road less traveled work out? Did it make “all the difference”?

The Warriors scored 132 points on those 89 shots, helped immensely by 18 three-pointers, and 22 for 24 from the free throw line. Incredibly, the Warriors, as a team, broke the 50/40/90 line that great shooters strive for, but rarely achieve. And once again, a relatively close game at halftime turned into a Warriors blow-out in the third quarter.

Perhaps most ominously, this all happened as LeBron James was in the midst of a remarkable triple double (14 assists!!). Though when LeBron subbed out near the end of the third quarter with his team down 14 points, he was as tired as I have ever seen him. He looked like a boxer going back to his corner at the end of the 14th round – and who was not looking forward to coming out for the 15th. And like a boxer on his last legs who just can’t throw any more punches in the last round, LeBron took only one shot in the fourth quarter.

Some of that exhaustion likely arose from the ferocity with which LeBron attacked the rim in the first half. All twelve of his shot attempts were in the paint (he went 8 for 12). Each drive was essentially a sprint, some of which were full court sprints. Unlike in track, the sprints were through and past other big people trying to stop him from sprinting. Sprinting like that, over and over, will tire anyone out. In the second half, LeBron took only five shots in total, four from the perimeter, only one in the paint.

And while Kevin Love played a decent game (27 points, 7 assists but no assists), the other member of LeBron’s (second) Big Three did not provide much support. Kyrie Irving’s 8 for 23 from the floor, with only two free throw attempts, led to only 19 points. Kyrie played his usual mediocre defense, contributing to Stephen Curry’s own triple double.

Before the series, several commentators thought the point guard match-up would be key – Steph is winning so far, and so are the Warriors. That, plus Kevin Durant’s ability to neutralize (or surpass) LeBron, has gotten us to this point where Game Three is an absolute Must Win for the Cavs.

My friend Daniel had a good comment on all of this:

I don’t know why the basketball gods are rewarding a team that is on “steroids” (4 all-stars), the same team that took out Kawhi Leonard when they were down 25 points a couple weeks ago.

Cavaliers fans need to hope for some divine intervention from those basketball gods. Otherwise, even a Cavs win in Game Three may be just a speed bump on the way to the Warriors in five.