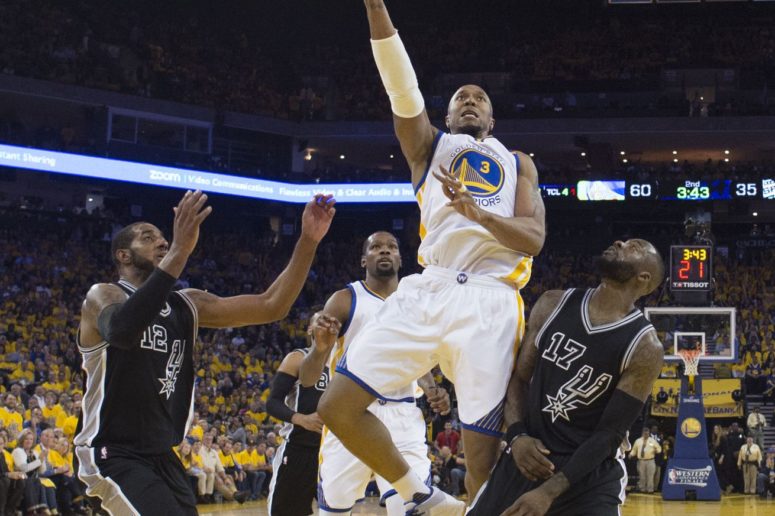 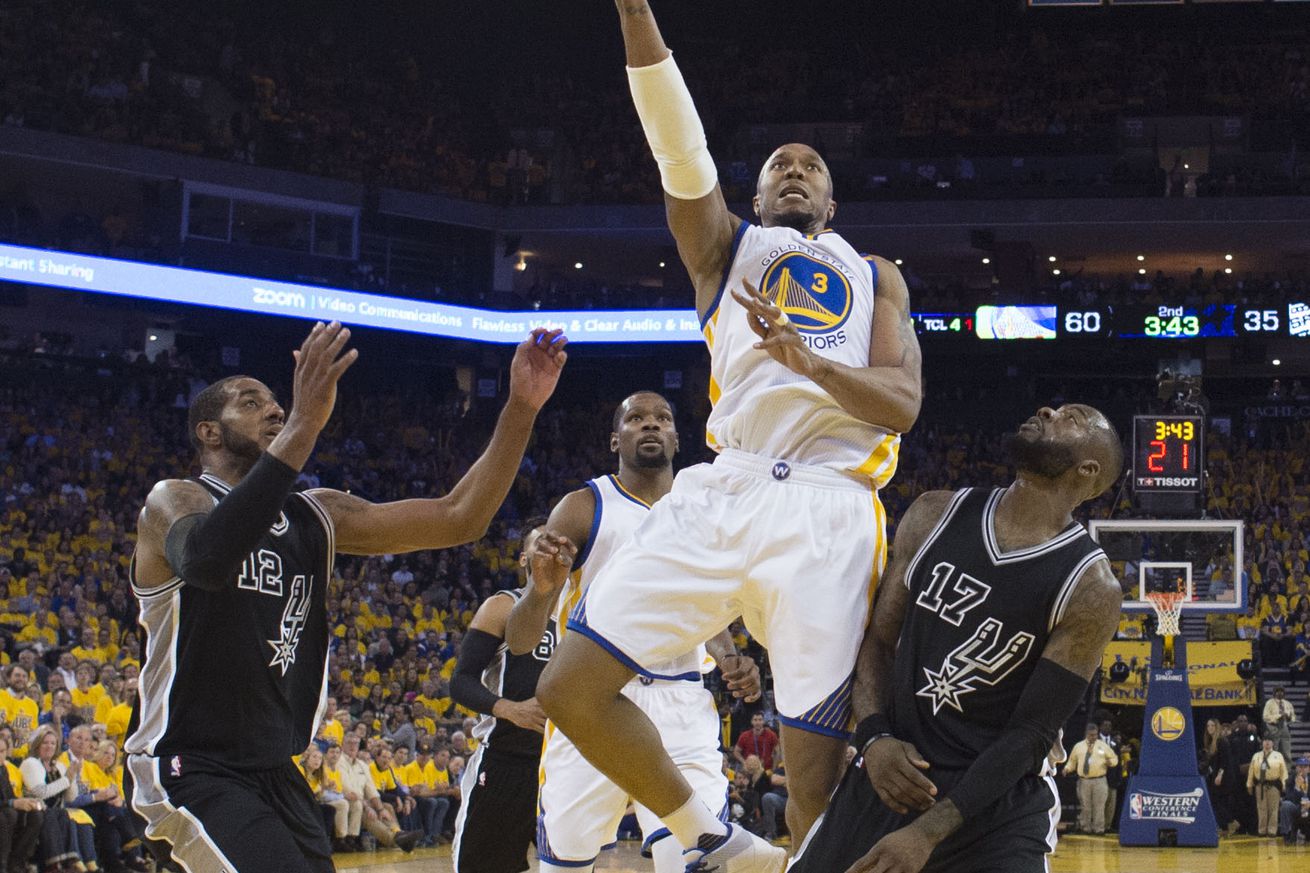 In the lead-up to Game 2 Gregg Popovich did something I can’t ever recall him doing in all the years he’s been at this, no matter the opponent, the venue, or how many of his stars were injured or being rested.

He gave his team an excuse to lose the next game.

It happened during Monday’s media session, in which he ripped Golden State goon Zaza Pachulia, where Pop also made a point of lamenting the loss of Kawhi Leonard. At no point did he offer any explanations beyond Leonard’s absence for his team blowing a 23-point third-quarter lead in Game 1 and at no point did he hold himself or his team accountable for not being able to win in that circumstance.

Hypotheticals are almost always pointless, of course, but it’s a fair bet that if some genie offered Popovich a 23-point lead with 7:52 remaining in the third under the condition that Leonard would be unavailable for the rest of the game, he’d have probably taken it. An NBA team should be able to win under those conditions, even against the Warriors. The Spurs walloped the Rockets in Game 6 without Leonard, after all.

It goes without saying that the Warriors are not the Rockets. They actually play at both ends of the floor and their offense comes from more than one source. Still, even without Leonard the Spurs should’ve been able to A) hold the Warriors below 60 percent shooting from the floor in the second half or B) failing that, at least found a way to procure more than six defensive rebounds in 24 minutes. That’s on them, period.

It was curious to me, then, that after the predictable blowout loss in Game 2 that Pop criticized his charges for not believing and feeling sorry for themselves. He called everyone’s effort into question with the exception of Jonathon Simmons. He went so far as to describe LaMarcus Aldridge as “timid.”

I mean, what did he expect was going to be the team’s reaction? He said they were massive underdogs to the Warriors in optimal circumstances even with Leonard. He made it sound like all was lost when he was. Maybe one can allow for emotional reactions in the heat of the moment right after a game, but this was a interview session the next morning, after considerable time to cool off. Whether it was a calculated ploy to get the Spurs some sympathy calls later on the series or just venting without motive is open to speculation. But it’s hard to watch Game 2 and come away with a conclusion that it served the team in any positive way and it was another example —we’ve seen this before— of a coach lauded for his “get over yourself” philosophy not taking any personal accountability for his team’s collapse in a big moment.

As for the game itself, there never was one. It was all a blur, two-and-a-half hours of flickering images, not registering at all. If you’re looking for analysis for what transpired, ye shall not find it here. The Warriors led wire-to-wire, for the fifth time this postseason. Bryn Forbes played 23:06. Manu Ginobili all of 5:06. Joel Anthony got the whole fourth quarter.

The Warriors nailed as many threes —six—in the first quarter as the Spurs had field goals and they already doubled up the visitors by the end of the period, 33-16. San Antonio as a team managed to outscore Stephen Curry by one. In one particular cruel twist of the knife early in the second quarter the Dubs led 44-19, the exact score that represented the zenith for the Spurs in Game 1.

So there’s your stat of the day, he said, flipping off the world: Teams that lead 44-19 in the Western Conference Finals are 1-1.

For most of the game the Warriors were hitting more well above 50 percent of their threes before cooling down the stretch with their scrubs and finishing at a mere 48.6 percent on 18-of-37 shooting. They finished with 39 assists, a playoff high. They didn’t rebound nearly as well in this one, with the Spurs winning the offensive rebound stat 22-to-6 but somehow it didn’t translate into a competitive game. The Spurs couldn’t turn all their second (and third) chance opportunities into points, finishing 6-of-21 in those occasions and they missed all manner of layups from, well, just about everyone on the roster except for Kawhi Leonard and Tony Parker, neither of whom missed a shot all night.

I sure hope Leonard comes back in Game 3 and is some reasonable facsimile of his normal self and I say that not just as a Spurs fan but as a basketball fan. This is the Conference Finals. There’s only four teams left here. This thing is supposed to be competitive. It’s embarrassing for the league if we wind up having a couple more games like we had in Game 2, but if Leonard’s ankle doesn’t respond to treatment and the PATFO decide to just shelve him, then that’s a very real possibility.

Who’s to say if any of Pop’s moves will have any carryover since they all came in garbage time —defined here as anything after the first six minutes— but Dewayne Dedmon got 20 minutes of run in this one after being out of the rotation while David Lee only got 4:34. Dedmon’s play was uneven, to be charitable. Some good things, due to his athleticism; a lot of confusion and being baited defensively, due to his inexperience. I don’t know if he can be a net positive against the Warriors. They’re too damn smart.

Davis Bertans did some good things when he was out there though, and for a team starved for offense he can sure stretch the floor and open things up for others. His defense is exploitable, sure, but no more so than the alternatives. I’m curious if either of them will get meaningful minutes in Game 3.

If you want to give Pop the benefit of the doubt —CIA Pop and all that— you can argue there was a method to his madness in laying down for Game 2, hardly playing anyone and manipulating them into being soft and pliant. He likely knew they had no chance without Leonard even if they went all out. Why spend all that energy just for another depressing, dispiriting outcome?

What happened instead is we got the Warriors romping, in that full front-runner mode that they’ve patented, to the degree that they were back to pulling their behind-the-back pass shenanigans by the second quarter, hunting for highlights instead of letting them happen organically. They had way too many unforced turnovers; a habit that always befalls them when they don’t respect the opponent.

Perhaps the Warriors will be overconfident for Game 3. It’s their one vulnerability. Or maybe they’ll come out looking to make a point at the AT&T Center, with him in there. Definitely one or the other. #analysis

There was some speculation on my Twitter feed that Simmons was playing so well —a career-high 22 points— that he has now priced himself out of the Spurs’ available cap room. I haven’t researched it extensively and won’t until the off-season arrives, but historically speaking if the Spurs want to keep one of their own desperately, they find a way, come hell or high water. It’s still fair to wonder if the Simmons we’ve seen these past eight games is the one we’ll see consistently next season once he’s gotten paid, but he certainly has the talent and the ability to be a high-scoring sixth-man who can take over Ginobili’s role.

Maybe he doesn’t want that. Maybe he wants to be a starter somewhere. There will be offers out there for him, but most if not all will come from bad teams. I’m not saying Simmons should consider being loyal and taking a “hometown discount” to the team that discovered him, especially since he’s already 28 and has hardly made any money in his career, but if winning matters to him at all, his options will be limited and with that the Spurs can make their pitch.

The Spurs can continue to dominate this series on the glass, if nowhere else. They have to spend the time between now and Game 3 figuring out how to exploit that. They’ve got to think the Warriors won’t shoot this well again, their bench won’t go nuts like this again and that they won’t miss this many layups again.

Pachulia left the game due to an injured heel. The basketball gods love an ironic pun as much as I do.

And you say I never have any good news.