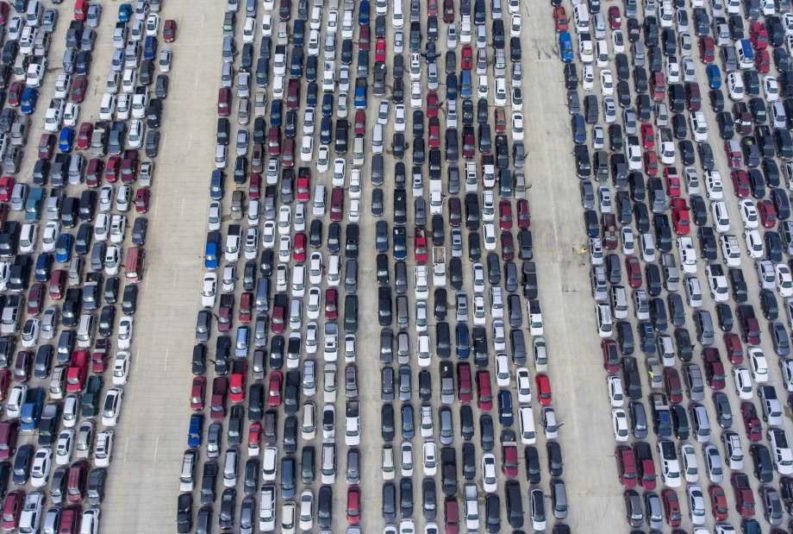 People wait in cars on Thursday for the San Antonio Food Bank to begin food distribution. The need for emergency food aid has exploded in recent weeks.

People wait in cars on Thursday for the San Antonio Food Bank to begin food distribution. The need for emergency food aid has exploded in recent weeks.

The harrowing images of thousands of cars lined up at Thursday’s San Antonio Food Bank distribution have captured the attention of the nation and caused some people to reach for their wallets to help out, including bestselling author Shea Serrano.

The San Antonio native took to Twitter on Saturday morning, urging his nearly 372,000 followers to donate to the Food Bank if they have the means. Five hours later, more than $70,000 in donations poured in.

“(I) can’t stop thinking about the picture of the people waiting in line to get food from the San Antonio Food Bank,” Serrano tweeted along with the viral image, captured by San Antonio Express-News photographers, that showed the scene of Thursday’s record-setting distribution.

“(I)’m gonna make a donation if you wanna join together for a big donation then send it,” he tweeted along with information for multiple mobile payment platforms that people could send donations too.

On ExpressNews.com: Get the latest update on coronavirus and a tracking map of U.S. cases

SOMEONE JOKED THAT WE WERE GONNA RAISE $50,000 BY THE ENE OF THE WEEKEND AND NOW IT’S GONNA HAPPEN IN LIKE THREE HOURS LOL

Throughout the day Serrano gave updates on how the effort was going.

“(T)hat’s how we operate — everybody just pitches in what they can and all of a sudden we have a big pile of money lol,” he tweeted.

This heart-wrenching reality of the amount of people that need help during the economic fallout, from the coronavirus pandemic, became crystal clear this week at the San Antonio Food Bank.

The Food Bank is facing demands more than twice the normal size: feeding 120,000 per week instead of 58,000, said Eric Cooper the president and CEO of the organization.

Although Thursday’s distribution kicked off at 10 a.m., at least one person arrived 6 p.m. Wednesday and many others were lined up by dawn.

About 6,000 households had preregistered for the event, but on the day thousands more showed up.

The distribution began with a million pounds of food on hand. But with so many people flooding in, food began to run out, and the Food Bank had to send more trucks.

Cooper said donations from individuals and food companies helped get them through the week, but unless there is a miracle in the supply chain they are going to “keep eating away” at their existing inventory.

“We are still about three weeks out from being empty,” Cooper said.

On ExpressNews.com: With San Antonio Food Bank in national spotlight, lawmakers to pressure state for help

The Food Bank is seeking $12 million from the state and has filed a State of Texas Assistance Request (STAR) with the Department of Emergency Management asking for 171 truckloads of food.

The next mega distribution is scheduled for April 17 at the Alamodome.

Donations, through Serrano’s effort, to the San Antonio Food Bank continued to pour in throughout the day.

And although there are no distributions this weekend, Serrano guaranteed when the organization kicks back into high gear next week there will be a “big fat check” waiting for them.

Reports by Tom Orsborn contributed to this story.