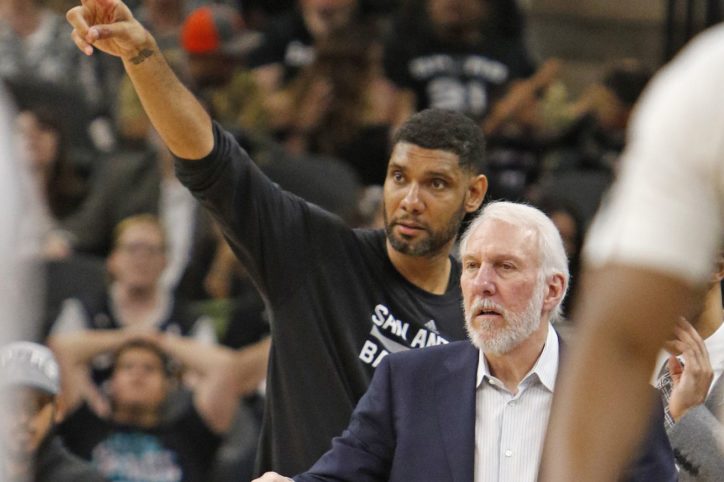 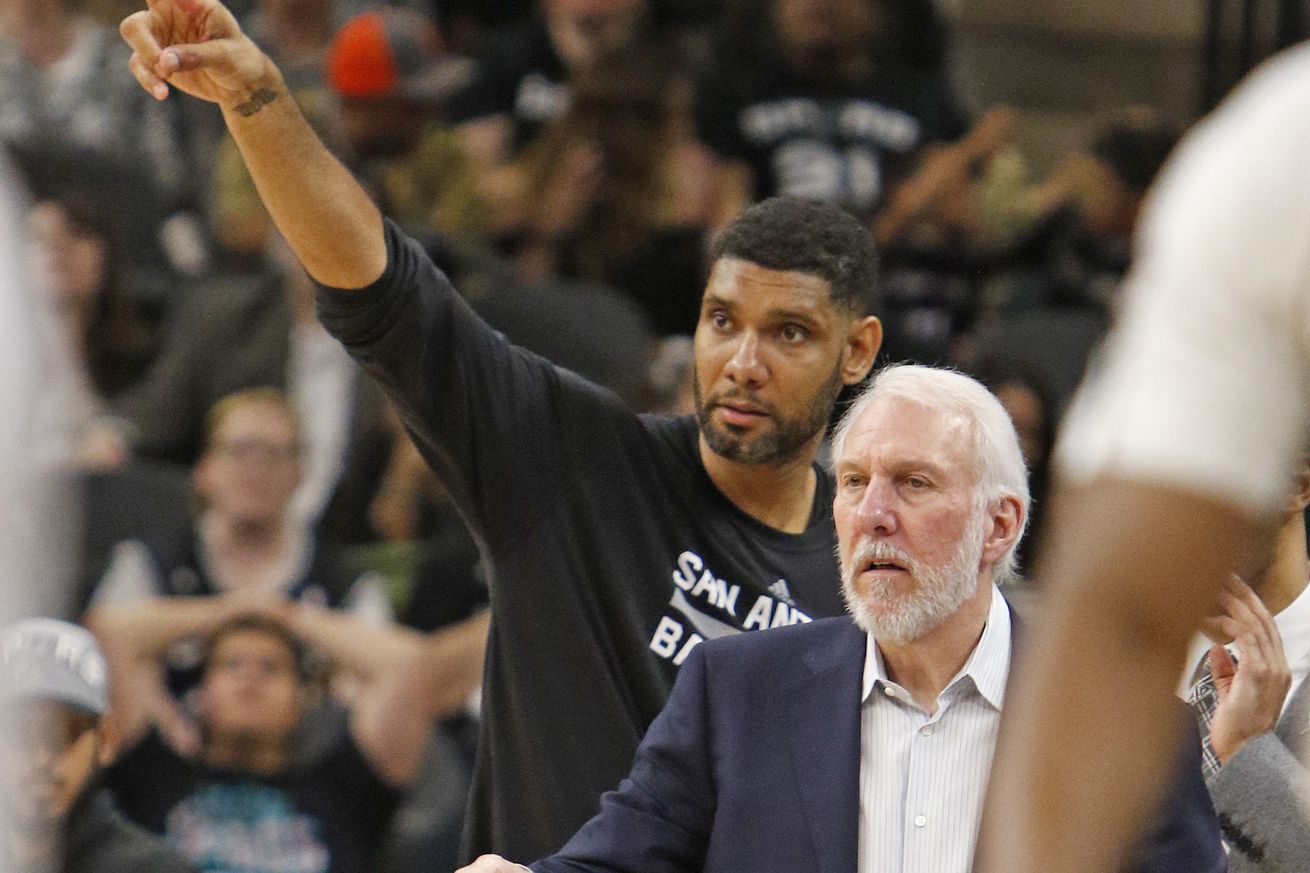 Big Fun is back in (silver and) black, and Will Hardy joins San Antonio’s staff as well.

The San Antonio Spurs just announced that Gregg Popovich’s coaching staff would be further filled out with the additions of Will Hardy, who has worked with the Spurs since 2010 when he took on an intern position, and none other than Big Fun himself, legendary Spurs big man Tim Duncan!

Spurs announce Will Hardy and Tim Duncan as Assistant Coaches.

After losing top assistants Ime Udoka and Ettore Messina last month, it was inevitable that Pop would have to pick new coaches ahead of his 22nd year on the Spurs’ sidelines. Hardy seems like a natural candidate based on his last 9 years with the Spurs in various capacities. He’s also considered one of the top up-and-coming coaches in the league, per Woj:

Expect Will Hardy, one of the league’s impressive young coaches, to take on a more prominent role on the Spurs coaching staff with Udoka’s departure. https://t.co/vIPnTeAo2N

Coach Gregg Popovich had nothing but positive things to say about Hardy in the press release, calling him, “a talented, young basketball mind who has earned a great deal of respect from everyone in the organization thanks to his knowledge, spirit, and personality.”

It’s the addition of Duncan, though, which surely has everyone’s attention. You know, of course, that Tim Duncan played 19 seasons in San Antonio, forging one of the greatest legacies (both from an individual and team perspective) in the history of the NBA. Since retiring in 2016, he’s kept himself active in a variety of ways, including (but certainly not limited to) hunting, paintballing, kickboxing, fathering more children, and all the great humanitarian work he does with the Tim Duncan Foundation.

Following his retirement, Duncan has been a frequent guest at practices, with Pop famously saying that Duncan could be the “coach of whatever he feels like.” It looks as though the lure of the sidelines was too much for Duncan . . . or was it?

“It is only fitting, that after I served loyally for 19 years as Tim Duncan’s assistant, that he returns the favor.” — Pop pic.twitter.com/rWL121T6IA

Tim Duncan has rejoined the Spurs . . . as an assistant coach
Source: Pounding The Rock