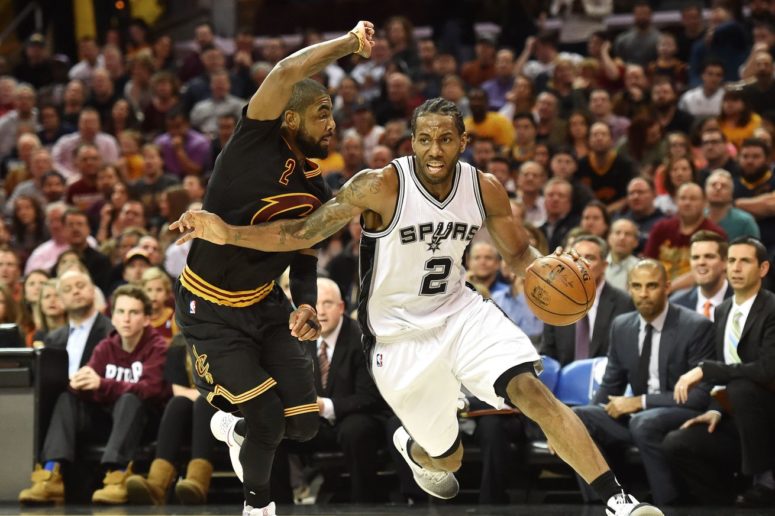 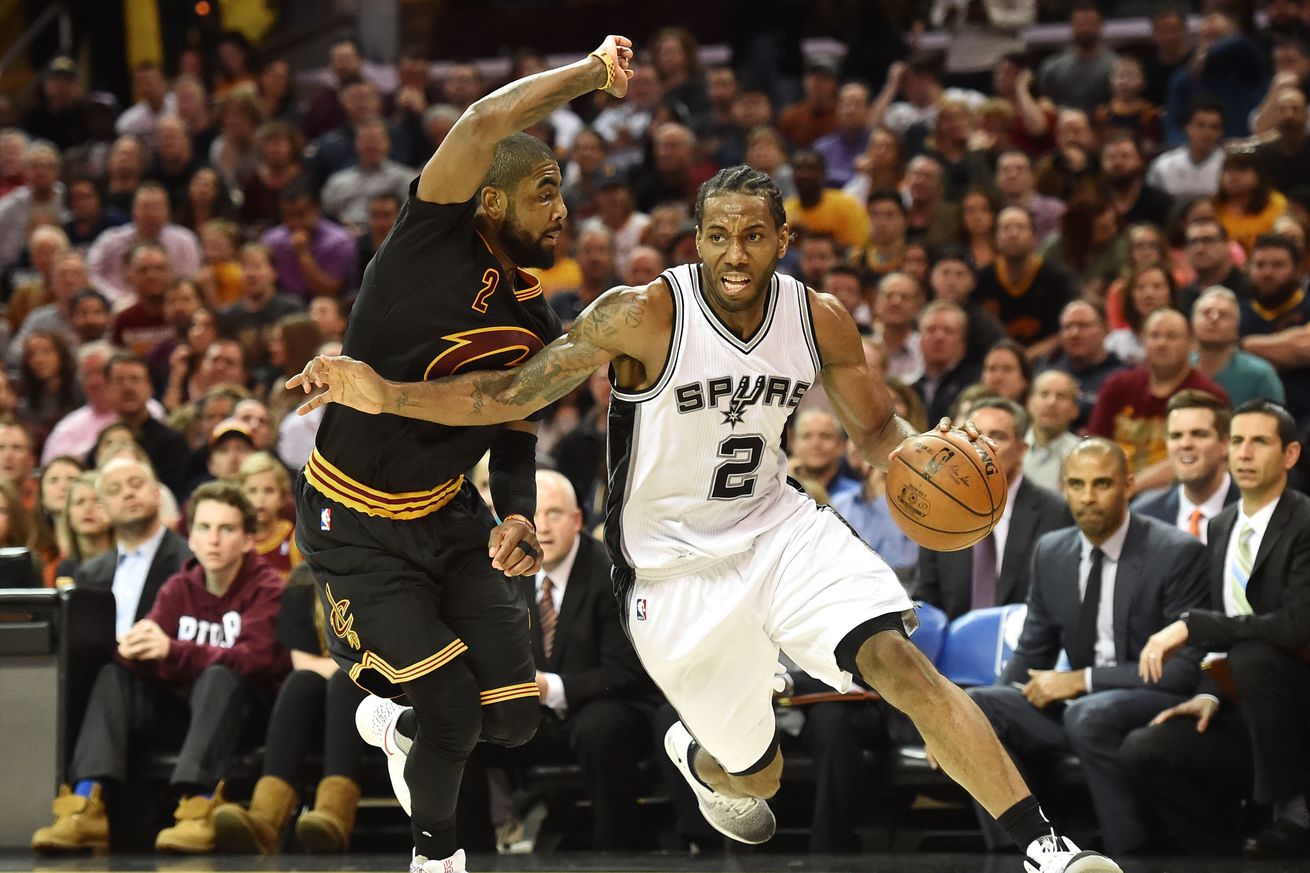 Considering who won the trade, and whether it has any impact on San Antonio.

By now you’ve probably noticed that the most dominating headline of the NBA season – Kyrie Irving requesting a trade from the Cleveland Cavaliers – has finally come to a conclusion. Yesterday, it was announced that the Cavs had traded their disgruntled star to the Boston Celtics for another All-Star point guard in Isaiah Thomas, 3-and-D specialist Jae Crowder, rookie center Ante Zizic, and the Brooklyn Nets’ unprotected 2018 first-round draft pick, which was owned by Boston from the Kevin Garnett/Paul Pierce trade.

The initial reaction to this seismic trade was mostly that it worked for both sides. The Cavs swapped one star guard for another who put up similar numbers last season, the defensive wing and big man help LeBron James has been craving, and a potential top 3 pick from what should be another extremely deep draft class next summer.

On the other hand, the Celtics received a younger, healthier star point guard (Thomas is coming off a hip injury, which is concerning for a player of his small stature) in Irving who will not be hitting the open market and demanding a huge raise next summer. Both teams should remain the two favorites by a wide margin in the East, so it seems like a win-win, right? Not so fast.

Who won this trade?

After having some time to digest the shock and go over the ramifications a little more, this trade is looking more and more lopsided than it might have initially appeared.

First of all, assuming Thomas returns healthy and able to play at a similar level as last season, it’s hard not see the Cavs getting significantly better. It won’t take them to the Warriors level, but they’re certainly closer in no small part thanks to what should be a better perimeter defense with the addition of Crowder. (And before you jump on what a poor defender Thomas is, note that Irving was not much better despite having a height advantage of nearly half a foot.)

Still, the fact remains that the Eastern Conference Finals should come down to these two teams barring a massive upset along the way, and Irving should do well in Boston where he can be the focal point alongside much more personable and unselfish stars in Gordon Hayward and Al Horford, so what really draws the line between winner and loser here?

Well, I’ll tell you. Put yourself in Danny Ainge’s shoes: you’re fresh off a earning the No. 1 seed in the East and possibly an injured star away from making last year’s NBA Finals against all the odds. You had just revamped the roster with the trade for Hayward, and still have promising young talent like Jayson Tatum thanks to your pantsing of the Nets from several years back. Most importantly, your main rival for the conference crown is teetering on the brink and facing an uncertain future thanks to a rocky relationship between its stars, front office, and ownership.

So what do you do? One would think let them die on the vine. An Eastern Conference that has never shown an ability to fatten its competitive wallet could be yours to dominate for seasons to come, especially if James confirms rumors of moving west, but instead you just helped them. That’s right: you assisted the Cavs in getting out of a precarious situation where one star wants out now and another is showing almost no signs of staying beyond next season.

Even if their chances are still slim, you’ve just given Cleveland everything they need (besides a championship) to try and convince James to stay. He now has help on the wings, another play maker and scorer in Thomas, and potential to add a young star next summer. Even if James does leave, Cleveland could re-sign Thomas, make good use of that draft pick, and be back in the upper echelon of the East in no time.

Despite the other gains this summer, Boston has given away it’s three leading scorers from last season (including Avery Bradley) along with the grit and toughness that defined the team and given it to their main rival and only real competition in the conference while ridding them of their biggest immediate problem: poor locker room chemistry among its stars. In my book, that’s Cavs: 1, Celtics: 0.

How does this trade affect the Spurs?

Of course, this is a Spurs blog, and what you might really be wondering is how this trade will impact the Spurs. They were rumored to be a team that Irving was willing to join and would even sign an extension with, after all.

In the grand scheme of things, the answer is not much, especially on the court. If the Spurs turn in a similar performance as last year, they should still be favored over either team, and even then it doesn’t matter unless they make the finals, which is an entirely different challenge by itself.

If this trade does affect the Spurs in any way, it’s simply one less avenue towards trading LaMarcus Aldridge (if that’s even still in the plans) and finding a “point guard of the future” without having to wait through the growing pains of youngsters like Dejounte Murray and/or Derrick White.

While a path to trading for Irving always seemed nearly impossible for the Spurs without a third team getting involved, even if it was possible there were other questions surrounding such a move, like if Irving really would put the Spurs over the hump, if he could handle being second fiddle to Kawhi Leonard, if they’d be giving up too much size and interior defense if they trade Aldridge for yet another guard, etc.

With Irving now off the table, it looks like the Spurs will be going full steam ahead with either Murray or Patty Mills starting at point guard while they wait for Tony Parker to recover from a devastating quad injury. It’s not a bad plan, and even without making any significant trades or star-swaps the Spurs should still be no worse than third in the West, possibly even the league, and all things considered that’s not a bad place to be.