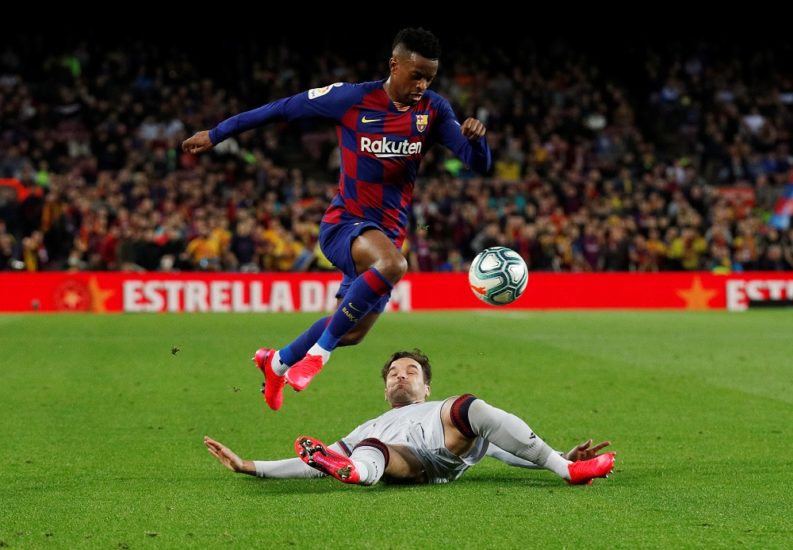 Barcelona are prepared to table a player plus cash deal for Manchester City right-back Joao Cancelo, according to reports in the Spanish media.

The Catalan club are believed to be offering Portuguese international Nelson Semedo as part of the deal, and supporters have been discussing the merits of the transfer going ahead:

This deal must be done so fast,I can’t wait to see that guy with the sea blue shirt next season

Never really seen enough of Cancelo, but no played a great deal at city so… Semedo rapid but no sure good enough

Semedo 🇵🇹 is much better than Cancelo 🇵🇹 and I think will be good deal but, only if he can play as LB because RB you have already Walker 🏴󠁧󠁢󠁥󠁮󠁧󠁿 and Y. Couto 🇧🇷. In Barça he did few times and was good playing as LB. Will see…

keep Joa Cancelo, don’t change it with Semedo, Cancelo is my idol 🙏🏻 pic.twitter.com/l6oLSwUXT5

This is a dub if true, but I’m disappointed that Pep didn’t really give us a chance to see the best of Cancelo

Cancelo has only played 11 league games since arriving from Juventus in a deal worth £60m in the summer, but it seems clear that he has not done enough to convince manager Pep Guardiola.

If that is the case, offloading him while bringing in Semedo as his replacement could be a proposal worth considering.

The Barcelona fullback has been a regular starter since arriving from Benfica three years ago, having made 111 appearances in all competitions for the La Liga club.

At 26 years of age, Semedo is only a year older than Cancelo, and he could well be better suited to Guardiola’s style of play than his fellow countryman.