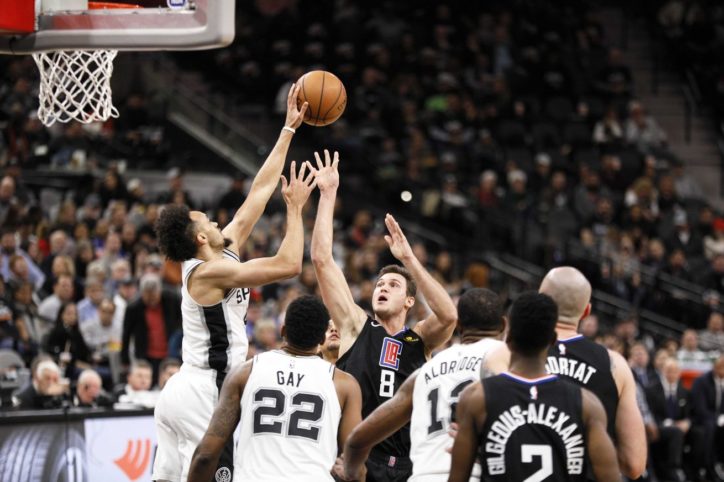 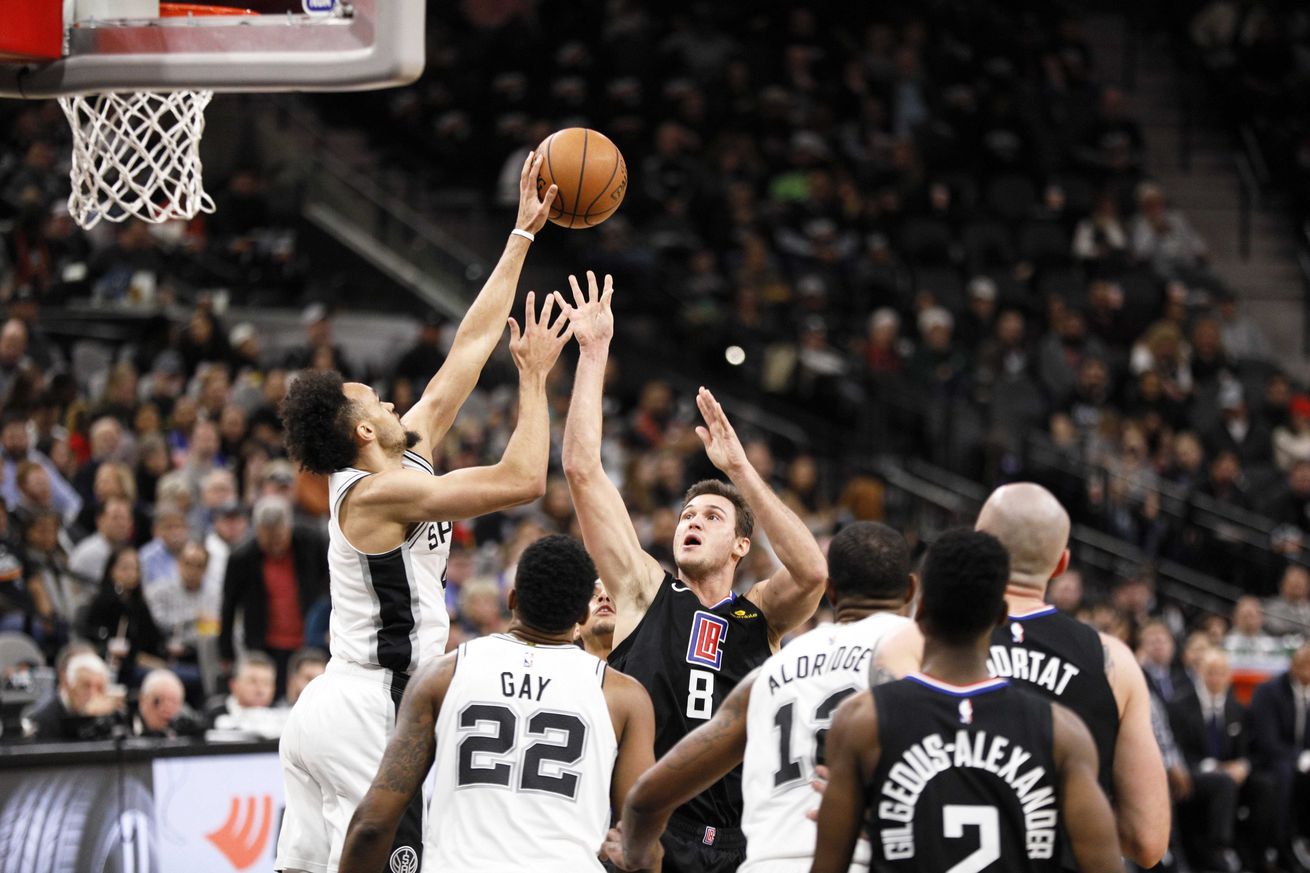 San Antonio will go as far as their defense takes them; good thing it’s starting to click.

On their 3rd game in 4 nights and without two key players, the Clippers lacked some of their usual punch against the Spurs on Thursday night. Though the home team benefited greatly from the bewildering decision by Clippers’ coach Doc Rivers to not play Boban Marjanovich all 48 minutes, it was clear from the start that the Spurs were locked in. They executed on offense and fought on defense right from the tip, nearly breaking the game open before it even reached halftime.

After their poor defensive effort against the Suns just two nights prior, the team’s play on that end looked rejuvenated. With players moving in sync, covering for each other’s mistakes, and thinking a step ahead of the play, the Spurs generated their 2nd most steals and 3rd most turnovers of the season.

Two possessions early in the 2nd quarter showed just how focused the team was.

It starts with Patty Mills and Davis Bertans switching a dribble hand off on the left side followed by Rudy Gay and Davis playing a subsequent dribble hand off straight up. Mike Scott probes Rudy and the Spurs defense on the left side briefly before kicking it back up to Milos Teodosic out at the logo. Teodosic attacks right into a pick and roll with Montrezl Harrell.

Rudy drops one foot down into the paint to provide early help on the roll if needed and Jakob Poeltl plays the space perfectly. Patty lingers in the paint just long enough to help deter a lob attempt for Harrell, leaving Teodosic to choose between a floater or a pass out to Tyrone Wallace along the baseline. Wallace swings it up to Mike Scott on the right wing. Rudy tracks the ball the whole way and recovers out to Scott right on time.

Scott takes one dribble towards the middle of the floor and into another dribble hand off with Teodosic. Rudy sees that Davis is trailing Teodosic so he switches the action this time. Davis is a little late on the read and is unable to stay attached to Scott on the roll, but Marco Belinelli is ready to pick up the slack. He tips the pass away and out of bounds with just 5 remaining on the shot clock.

Tedosic threw up a fading three pointer on the inbounds, but didn’t even catch rim. Davis grabbed the rebound and the Spurs took off the other direction.

Teodosic runs up out of the right corner over a potential screen from Scott. Rudy and Bryn Forbes switch, with Bryn handling Scott’s cut into the lane and Rudy denying Teodosic as he attempts to come over another screen from Harrell to get the ball. Rudy’s hustle and awareness forces the Clippers to transition to another option.

Tyrone Wallace passes to Harrell at the three point line, who then dribbles into a hand off to Scott. They work a little two man game against Bryn and Jakob that results in Harrell attempting to score over Jakob in the post. That goes just about as well as you’d expect it to, but a lucky bounce sends the ball back to Harrell for the offensive rebound. Davis and Jakob smother any attempt for a putback, though, so Harrell dribbles it back out.

He moves over to set a screen on Rudy, but Teodosic sees a window and goes early. Harrell is on the same page and rolls hard to the rim. Teodosic is an excellent passer and puts the pocket pass right where it needs to be to get Harrell by Jakob, but once again, the Spurs’ help defense is right on time. Harrell catches and goes up right into Davis’ chest. Davis gets the block, and once again, the Spurs take off the other direction.

The Spurs also did a good job of defending transition opportunities, allowing the fewest points per play on those attempts of any game this season, per Cleaning the Glass.

Without Derrick White’s effort and awareness, this could have been a Tobias Harris layup.

Jakob misplays this a little. With Davis stopping ball, Jakob can’t let Wallace get behind him, but he cleans up his own mistake. This was just one of the Spurs’ 7 blocks in this game, the 3rd time they’ve gotten that many in the last 4 games, and just the 4th time all season.

The Spurs still don’t have any lock down defenders, and nobody on the team has turned into a perimeter stopper over night. When the team is successful on that end of the floor, it’s about effort and teamwork, two things they brought in spades in this game. If the Spurs can mount this kind of defense every night, their days on the outside of the playoff picture looking in will be short-lived.