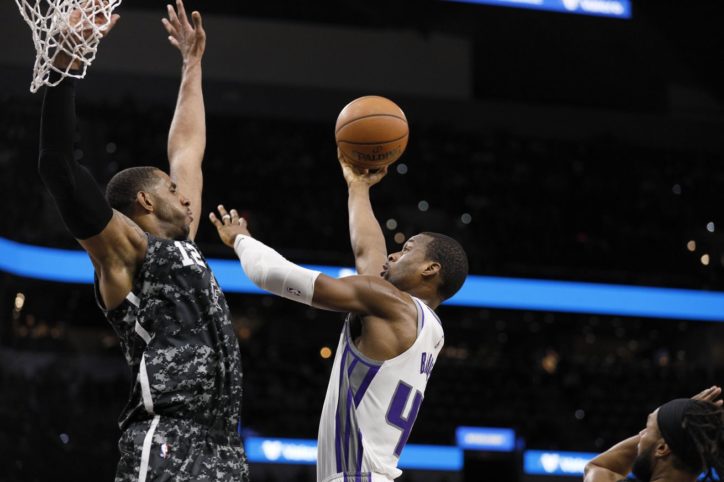 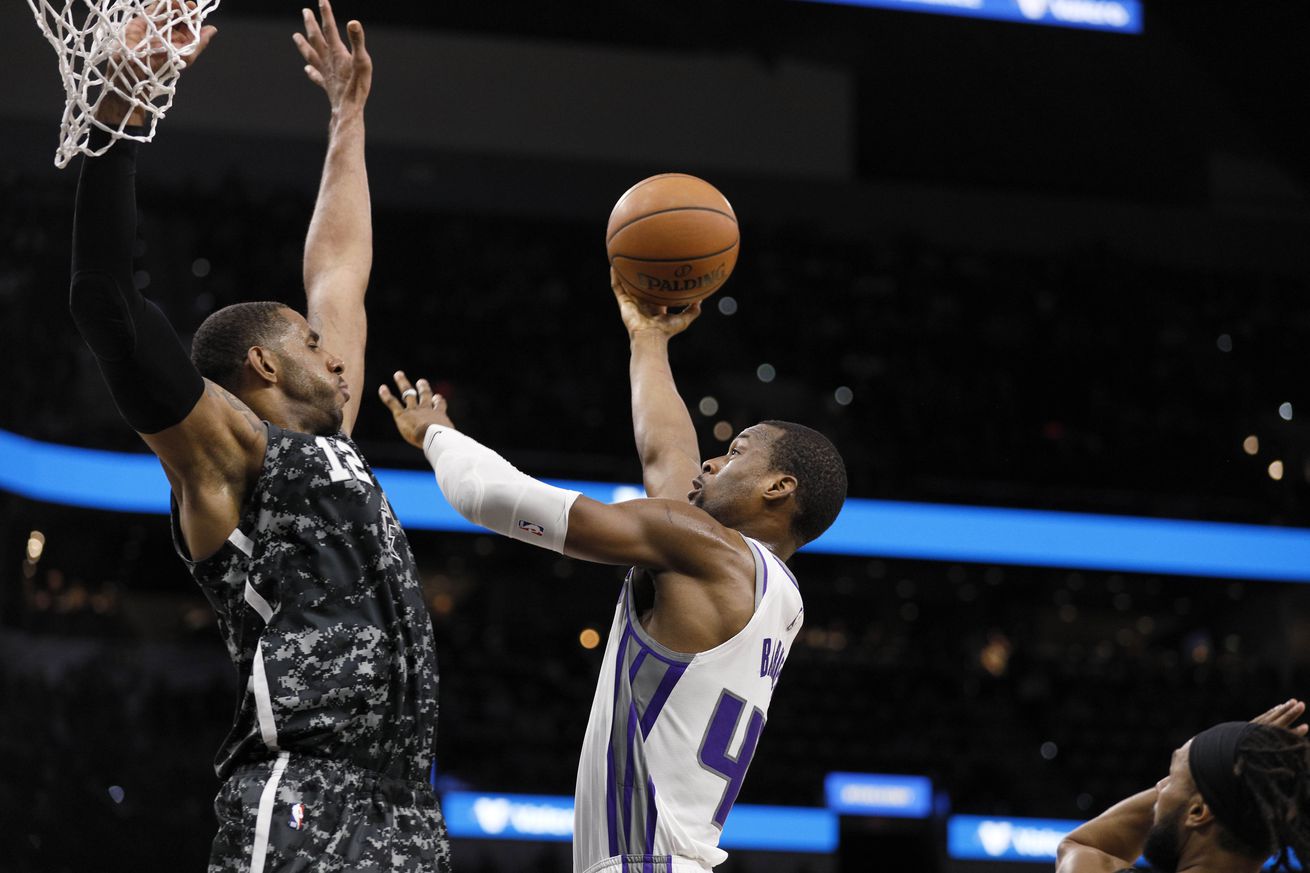 In what has become a troubling trend, the Spurs gave away another winnable game on Sunday night against the Kings. Despite playing in San Antonio against a team eliminated from the playoffs on a SEGABABA, the Spurs struggled to keep up with the visiting team and found themselves down by double digits nearly halfway through the 4th quarter.

But the Spurs fought back, executing on both ends of the floor for 4 straight minutes, and took the lead back at 104-103 with 3:30 to go on the back of a 15-2 run. The two teams exchanged a pair of made baskets and then a pair of empty possessions each before De’Aaron Fox rebounded a DeMar DeRozan miss with 1:51 left.

The Spurs led 106-105 at this point, and the Kings had scored just 4 points over the previous 5 minutes of game time. And yet, from this point forward, the Kings would score on every possession and the Spurs wouldn’t put up a single point. Here are all three of the Kings’ offensive possessions in that time before the Spurs started intentionally fouling.

There’s a common theme here, and it’s concerning. First, DeMar lets Harrison Barnes blow by him into the lane, choosing to go for a low percentage steal from behind instead of staying in the play.

Then, DeMar doesn’t help down on Willie Cauley-Stein at the front of the rim. This might be a schematic failure, as Bryn Forbes does the exact same thing on the next possession. But with LaMarcus forced to stop Fox’s penetration, DeMar needs to be in position to contest the pass but still able to recover out to Bogdan Bogdanovic if Fox manages to sneak a kick out though the forest of bodies.

Finally, and most indefensibly, Demar gets lost on the dribble hand-off coverage, allowing Fox to waltz undefended into the lane. The Spurs had been switching this action, but it’s not necessarily all DeMar’s fault. DeMar sees the screen and gets himself onto Bogdanovic’s inside hip. He clearly doesn’t see Fox moving in the opposite direction until it’s too late. Rather than force him to reverse course and trail Fox into the paint, it would probably have been better if Patty Mills had switched at that point, shooting under Cauley-Stein to get back to Fox.

Regardless of whose fault it was, or how they should have responded, the end result was a complete collapse on defense that gave up 6 straight points. Of course, it might not have mattered whether the Kings missed a shot or two in that span because the Spurs’ offense came apart, too.

First, the Spurs got DeMar the ball on the move with a hand off as he curled over LaMarcus Aldridge.

The action forces a switch, but DeMar underestimates how much space he needs to get his shot off against Cauley-Stein, who recovers to nearly (maybe?) block the shot. The ball doesn’t appear to get deflected, it just looks like DeMar realized he needed to put far more loft on the shot than usual and left it a foot short.

Had he pulled up from a little farther out, the Spurs would have been in much better position. With LaMarcus under the basket surrounded by forwards and guards, he would’ve gotten a hand on anything that was close to the rim. As it was, the ball nearly fell into his arms, but he couldn’t quite recover it before it bounced into Fox’s hands.

The Spurs went to LaMarcus on the next play.

You may recall this as the play that gets LaMarcus an alley-oop every now and again, and it’s open here. Had Derrick White, DeMar, or Marco Belinelli been handling the ball, that’s almost certainly what would’ve happened, but Patty holds onto it, then reverses to get LaMarcus a post up in his preferred spot.

The Spurs do a good job of moving around the perimeter, but Patty isn’t really open when LaMarcus kicks it out, and it looks like he’s thinking about a repost. But Patty pulls the trigger on the contested three, and the long rebounds bounces straight to Fox.

After a timeout, and now down by 5, the Spurs dialed up a quick three on their next chance.

The play is executed relatively well and generates a decent look. If anything, Marco is probably a little too deliberate in getting his feet set and going straight up for the shot. If anybody ought to be catching and shooting in a single motion while drifting toward the sideline, it’s Marco. But the shot swirls out of the rim, falling to Cauley-Stein and effectively ending the game.

All in all, the Spurs offensive possessions weren’t terrible, though the results obviously were. The defense, on the other hand, was atrocious. The Kings knew exactly what actions to run and generated an advantage on every play. Barnes did finish a tough shot over LaMarcus, but it was a point blank attempt: something the Kings seemed able to generate at will.

The Spurs aren’t likely to finish many games successfully with Patty, Bryn, and DeMar on the court together. There are just too many places to attack with those three on the perimeter, which isn’t exactly news at this point in the season. The Spurs may have a reason for attempting to do so, beyond Coach Popovich’s early return to the locker room, but these results, at the very least, argue for trying something else.