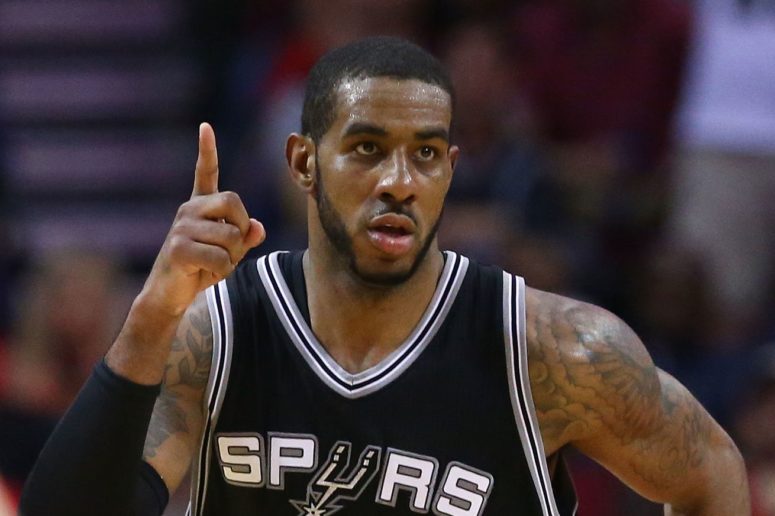 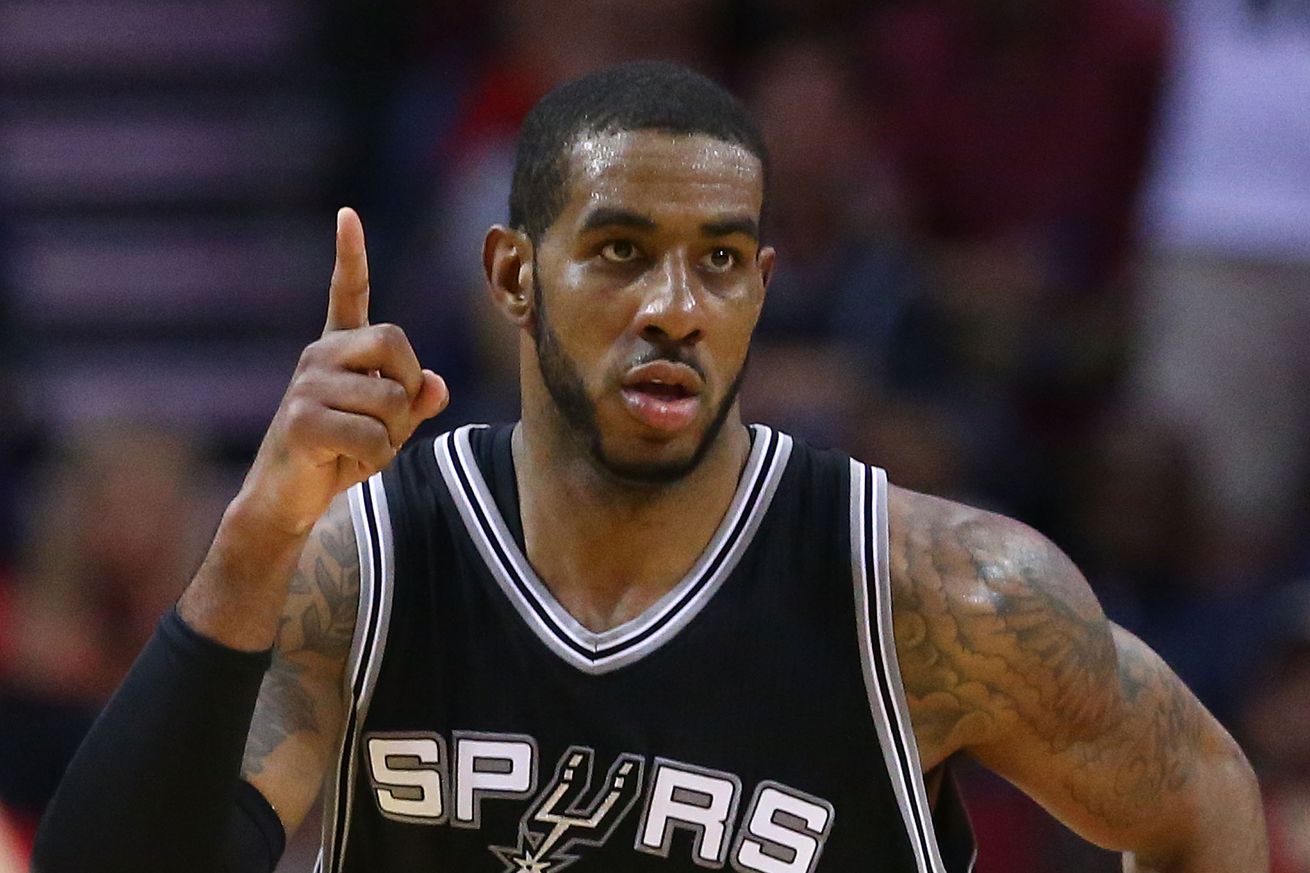 By wiping out the Rockets with a total team effort, the Spurs take care of unfinished business and move one step further on their journey.

There are ghosts in the San Antonio Spurs’ past which predate even Gregg Popovich. In 1995, when Pop was in the front office and Bob Hill was roaming the sidelines, the top seeded Spurs encountered the Houston Rockets in the Western Conference Finals. David Robinson had been named MVP that year over Hakeem Olajuwon, and though the Rockets were defending champs, no one was giving them much of a chance at repeating. Though the series between the two teams was not as lopsided as many depict, the matchup between Hakeem and The Admiral will forever be a defining moment in Robinson’s career. By the time the Rockets finished off their six game series victory and moved on to the Finals, David Robinson went from MVP to underacheiver. The Spurs faced a future without much hope of title contention.

Since then, San Antonio has doubled up Houston on ring count, and added one more for good measure. The career of the Greatest Power Forward of All Time has come and gone. Karl Anthony Towns was born. Three Presidents have sat in the White House. The Spurs have faced every other Western Conference team in the playoffs, multiple times in the case of Portland, Seattle/OKC, both LA teams, Phoenix, Utah, Denver, Minnesota, Dallas, and Memphis. But they never gotten another crack at Houston, never had a chance to settle the score. Until now.

You know how when you spend enough time with someone, they start knowing exactly what you need without you having to tell them? Thursday night, the Spurs gave their followers – especially those who’d lived through that ‘95 series – exactly what they needed. With no Tony Parker, with no Kawhi Leonard. With a starting lineup that would enrage TNT/ABC/ESPN were it rolled out to buy the Spurs’ stars rest during the regular season. Instead, it was James Harden and the Rockets who appeared sedentary. Game 6 was such a pummeling, it left NBA observers, and even the Rockets’ own coach, at a loss for words.

By the way, this game isn’t on Mike D’Antoni. Maybe he didn’t do a great job motivating his team, or maybe he didn’t manage his rotations well. But in the playoffs, teams take on the persona of their best player, and Harden came out like a man possessed by an Ambien-loving poltergeist. As good a job as GM Daryl Morey has done building a team of shooters and high-level role players, none of their other guys is built to take over a playoff game if their superstar checks out. D’Antoni coaches a philosophy. He is not a Plan B type of coach, and it’s become clear over the course of several uninspiring postseason runs that Harden is not a Plan B player. If he’s not scoring 30+ points or his team is trying to light a wet fuse on the three ball, there’s nothing else he or they have philosophically that they can turn to.

For the Spurs, a lack of creativity has never been a problem. The only philosophical constant is adaptation. While there are no backup Leonards or Parkers on their roster, there’s Jonathon Simmons, Patty Mills, Kyle Anderson, Dejounte Murray. These aren’t players who fill a specific role. Instead, their role is to “be ready”, as LaMarcus Aldridge said postgame. The playoffs are basketball played under a heat lamp, and the Spurs, despite missing their two best players, were ready. Pop made sure of it, by experimenting with lineups, by putting different players in the starting lineup during the season, whether it was Simmons, Murray, Anderson, Davis Bertans. D’Antoni shortened his rotation.

And then there’s the backup superstar in LaMarcus Aldridge. The man who once put the Rockets in a playoff torture chamber treated Houston to a greatest hits album of post ups, turnarounds, long jumpers, and putbacks. It was the Aldridge that Spurs fans had been calling for all series, and his 34 point, 12 rebound performance effectively erased his 4 point no-show in game 1.

The Spurs will need that Aldridge going forward, with the looming specter of Golden State in the Western Finals. If SA is to keep it’s tenuous title hopes alive, it will have to dominate the Warriors on the boards. This starts and ends with Aldridge, who continually kept the Spurs in games and tempered the Rockets’ runs by grabbing offensive boards and creating extra possessions. As it was against Houston, a Spurs team with a fully engaged Aldridge and a hot-shooting Mills and Danny Green is the best antidote to a fast-paced opponent.

This is assuming, of course, that Kawhi Leonard can come back at 90-ish percent or better. It was a strategic gambit on the part of Pop to hold out his best player in an elimination game, knowing that game 7 was in San Antonio; but Kawhi’s competitive nature makes it hard to think he’d agree to sit unless he was truly unable to go.

Regardless, Kawhi’s performance in this series and the Memphis series has worked to scrub away questions about his playoff mettle. Because he grew up in the twilight years of Duncan, it’s easy to forget that Kawhi is on his own journey. As the Spurs have become his team, they’ve had to rebuild themselves as a contender. In advancing their playoff run over three consecutive years, Leonard’s Spurs have discovered an identity beyond the Big 3 and learned how to win games and series. While three years is a long time to go without a title in San Antonio, this is how the Spurs rebuild. Beats tanking, I’d say.

But let’s go back to 1995 for a moment. The perception that year was that the Rockets’ defeat of the Spurs was driven by Hakeem Olajuwon’s MVP snub, and that he wanted to demonstrate his superiority over Robinson. I always saw the series within the larger context of Houston’s playoff run that year, when they became the only sixth seed to win an NBA championship. After their sweep of the Shaq-Penny Magic, coach Rudy Tomjanovich delivered his famous “heart of a champion” speech. It was a reminder to the rest of league, including the 62 win Spurs, that a defending champ is never out until you beat them four times.

The Spurs aren’t defending champs, but in a series where many were picking them to lose even before their 27 point humiliation in game 1, they responded with heart. I’ve been watching this team ever since that 1995 postseason, and I can say with no recency bias that, more than any other playoff series in which the Spurs have competed, this series was won by the entire team. It’s enough to make Rudy proud, and the fact that it settled a 22 year old score against the Rockets couldn’t feel more appropriate.