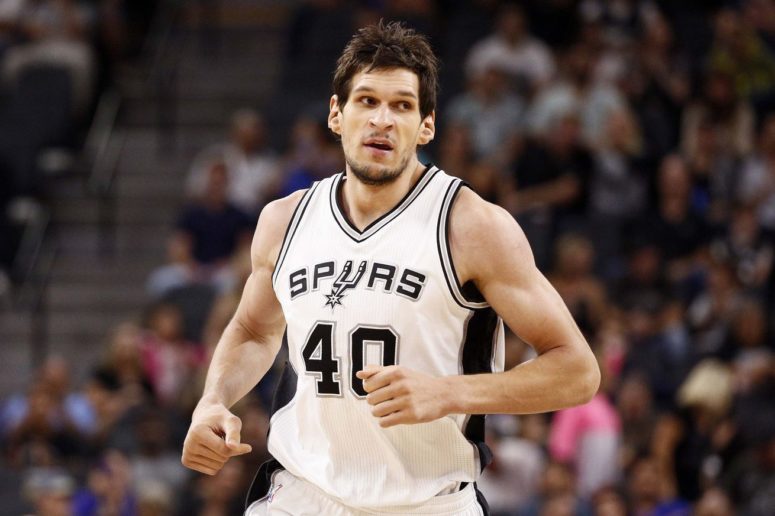 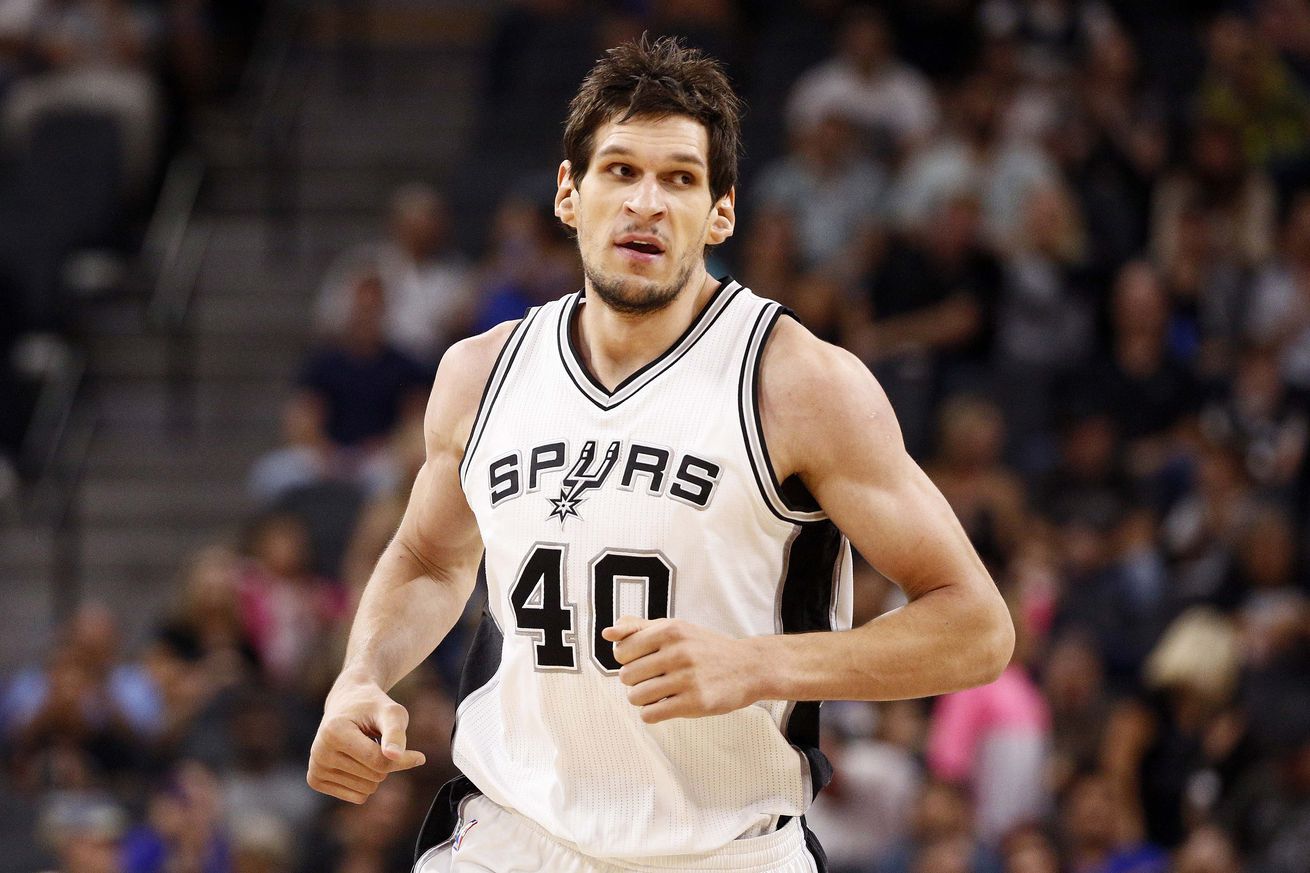 The most memorable one-and-done players from the later Pop years.

This is part two of a two-part series about the most memorable one-and-done Spurs of the Gregg Popovich era. Here is a link to Part 1.

This is a look at players who only spent one season with the Spurs but remain in the hearts and minds of Spurs fans today, be it for likability, on-court production, or any other reason. Just a reminder that a player must have spent only one calendar season with the Spurs to be on this list, so one partial and one whole season eliminates players like Nazr Mohammed from consideration.

Without further ado, here is Part 2 of the list in chronological order.

This was a popular signing for the Spurs. Not only was Ford a University of Texas legend, but he was a beloved guy throughout the league. With the Spurs having traded George Hill for Kawhi Leonard and facing a point guard dilemma with only Gary Neal (who was proving to not be a great ball-handler) and a rookie Cory Joseph to back up Tony Parker, the Spurs decided to sign a trusted veteran in Ford.

While Ford only appeared in 13 games for the Spurs, averaging 3.6 points and 3.2 assists, he was a steadying veteran presence on a team quickly rising up to the top of the league. Unfortunately, his time with the Spurs came to a heartbreaking end. Having missed the entire 2004-2005 season after suffering a contusion of the spinal cord during his rookie season, Ford’s surgically repaired back was a concern throughout his entire career.

In a March game against the New York Knicks, Ford took an inadvertent elbow to the back on a basic box-out from Baron Davis. It was a play that normally wouldn’t faze any other player, but with Ford’s injury history, this was different. He collapsed in a heap on the court and remained motionless for a while before forcing himself to walk off the court, refusing a stretcher or wheelchair. You can watch it all go down below if you can stomach it:

It’s a truly heartbreaking scene and probably one of the scariest injuries Spurs fans have ever witnessed. Ford would go on to retire five days later and never play another minute of basketball in his life. While his retirement paved the way for Patty Mills to join the team, it shouldn’t have ended like this for Ford. He will always have a special place in Spurs fans’ hearts not only for being a local college legend, but also for being tougher than Paul Pierce.

You knew this one was coming. No one-and-done player has ever captured the hearts and imagination of Spurs fans quite like the 7’3” giant from Serbia. With Aron Baynes signing a bigger deal with the Detroit Pistons and Tiago Splitter being traded to make room for LaMarcus Aldridge, the Spurs were in need of another big man on the cheap.

Not only did Boban instantly make a name for himself by breaking the rim on a dunk during a game for the Austin Spurs, but he quickly became a fan-favorite by scaring the bejeebers out of Tyler Hansbrough, a 6’9”, 250 lb bruiser who was more known for instigating fights than avoiding them:

While Marjanovic only appeared 54 games for the Spurs, he showed that he was more than just a lumbering big man could only dunk and rebound. His efficiency numbers were through the roof, and he had his coming out party against the “Trust the Process” Philadelphia 76ers where he showed an array of different shots both inside and outside the paint. By the end of the game, he had a whole new fan base in Philly:

Unfortunately for Spurs fans, Stan Van Gundy once again stole a fan-favorite big man from the Spurs by offering Boban a contract that the Spurs had no business matching (only to play him even less). As if Spurs fans needed any more reason to love Boban and mourn his departure, he actually wanted to reject the 3 year, $21 million offer and return to the Spurs for the minimum!

Pop rightfully told him to take the offer and go make money for his family, but Boban will always be one of the most beloved Spurs of all time, while SVG has been public enemy number one ever since. (Well, with the exception of Zaza Pachulia, of course.)

This might just be recency bias, and it’s hard to judge how “memorable” a player will be when he hasn’t even been gone long enough for a new season to start, but Dedmon still holds a special place in Spurs fans’ hearts. Over the years the Spurs have made a name for themselves by taking unknown commodities and turning them into serviceable NBA players, and Dedmon is one of their latest examples.

He’s one of the better stories in the NBA, having not started playing organized ball until his senior year in high school due to his mother’s religious objections, and even then he had to use his Age of Majority rights to be able to play. After two seasons at the University of Southern California before going undrafted, Dedmon found a stable environment Orlando before joining the Spurs.

Possibly their most athletic big man since David Robinson, Dedmon treated Spurs fans to an array of high-flying dunks and hard blocks. He eventually earned the starting center job after Pau Gasol broke his hand and maintained that spot until midway though the first round of the playoffs. Unfortunately, his production waned down the stretch, and by that time Pop had more trust in his other big men.

In a span of a few months, Dedmon had gone from looking like the Spurs’ center of the future to out of the rotation and signing a more lucrative deal with the Atlanta Hawks over the summer. Only time will tell if he becomes another player who can point to the Spurs as his turning point or just someone whom only the Spurs knew how to get the best out of, but just by making either of those infamous lists he won’t be forgotten any time soon.

The final player in this installment, Lee also falls into an infamous category of Spurs players. In his case, he lands on the Boris Diaw list of veteran players who seemed past their prime yet too entitled to accept it…Lee even admitted as much after showing up to the Celtics training camp out of shape from partying too hard following the Warriors 2015 championship run…only to have their careers revitalized in San Antonio.

After splitting the 2015-2016 season between Boston and Dallas, Lee signed with the Spurs for the minimum in hopes of regaining some credibility in the league. He did that and more by being a veteran leader, accepting a bench role, and showing more heart and hustle than many of his counterparts throughout the season.

Despite his limits on defense and lack of shooting range, Lee was a vital part of the 60+ win Spurs by averaging 7.3 points and 5.6 rebounds and shooting 59%. It seemed like his knowledge of his former team might help the Spurs against the seemingly unbeatable Warriors, but unfortunately he was the third Spur to go down with a season-ending injury in the playoffs, partially tearing his patellar tendon in game 3 of the Western Conference Finals.

Like Dedmon, many Sprus fans wish he could have been re-signed, but perhaps like everyone else his knee injury, age, and fading market for undersized bigs with little shooting range scared them off. He remains unsigned today, but surely someone will eventually find a need for a veteran big man who can still get it done. While Lee likely won’t be a Spur again, his hustle, tenacity, and redemption story makes him one of their more memorable one-and-done players.

That concludes Part 2 of this list! Remember if you have any other one-and-done players from the later Pop years you think should be on this list, feel free to give them a shout-out in the comments!