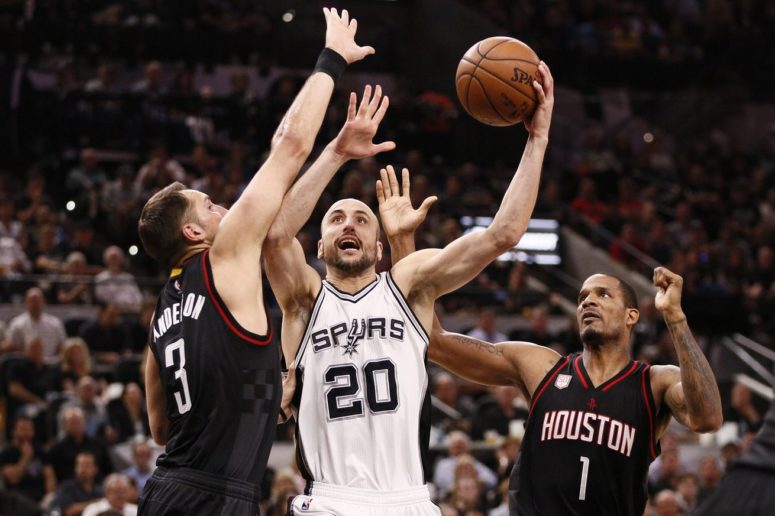 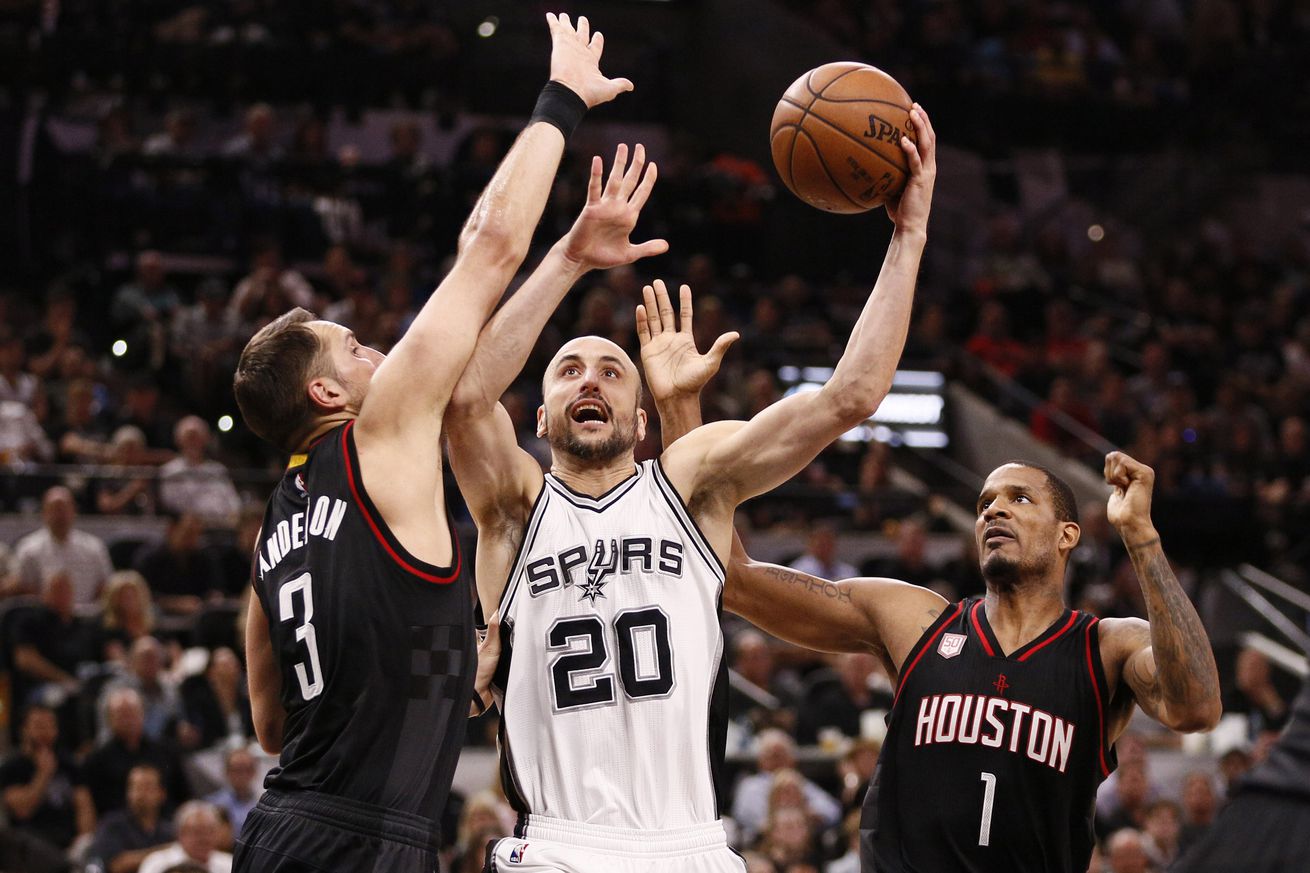 It wasn’t always pretty, but San Antonio found a way when they had to.

The Spurs’ Game 5 overtime victory over the Rockets is the type of game where you often do your analysis based on the outcome. It’s easy to look at the stats and pick out a few numbers that help explain why San Antonio won. But, had Houston won, it would have been just as easy to find numbers to explain that result, too. This one simply came down to clutch performance. NBA.com defines “clutch” as the “last 5 minutes of the game (including overtime), ahead or behind 5 points.” In those clutch minutes, the Spurs outscored the Rockets 19 to 13. These are their respective shooting splits:

What clearly stands out here, aside from how poorly the Spurs were able to shoot and still win, is the disparity in field goal attempts during crunch time. The Spurs’ six shot advantage was the result of two things: San Antonio’s offensive rebounding and Houston’s turnovers.

The Spurs secured five offensive rebounds during clutch minutes compared to the Rockets’ zero. LaMarcus Aldridge struggled from the field most of the night, but came away with nine offensive boards for the game, including these two crucial ones:

Despite having twice as many offensive rebounds for the game (18-9) as the Rockets, the Spurs only finished with three more second-chance points (19-16). But, in a game that finished with a 110-107 final score, every single point mattered.

The other factor that swung the game San Antonio’s way was the turnovers. Houston coughed up the ball six times in the clutch. Four of those turnovers belonged to James Harden, due much in part to the fabulous defense by Jonathan Simmons.

Simmons fought over screens all night and was able to use his length a couple times to poke the ball away from Harden from behind.

As scary as the words “Kawhi Leonard injury” are to Spurs fans, Leonard was adamant after the game that he’d be able to go in Game 6. San Antonio needs a healthy Leonard to be able to close out this series on the road, but one bright spot was the Spurs’ ability to play well without their star Tuesday night. In fact, the Spurs had a better point differential when Leonard sat than when he played, a true rarity in these playoffs. Here are his on/off numbers from last night:

Prior to Game 5, the Spurs had been outscored by 13.5 points per 100 possessions whenever Leonard went to the bench.

One area that the Spurs still need to improve is giving up “open” and “wide open” three-point attempts. I explained NBA.com’s definitions of those terms in the Study Hall column following Game 4. In Game 4, San Antonio allowed Houston to shoot 35 open or wide open threes, on which they connected 40% of them. In Game 5, Houston shot 42.4% on 33 open or wide open three-point attempts.

The Spurs were far from perfect in their execution down the stretch, but last night they didn’t have to be. They protected the ball, dug in on defense, and made plays when they had to.