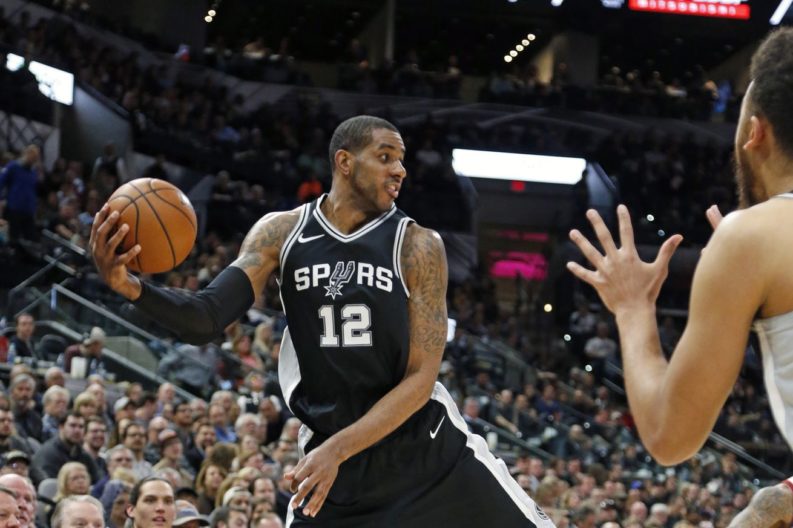 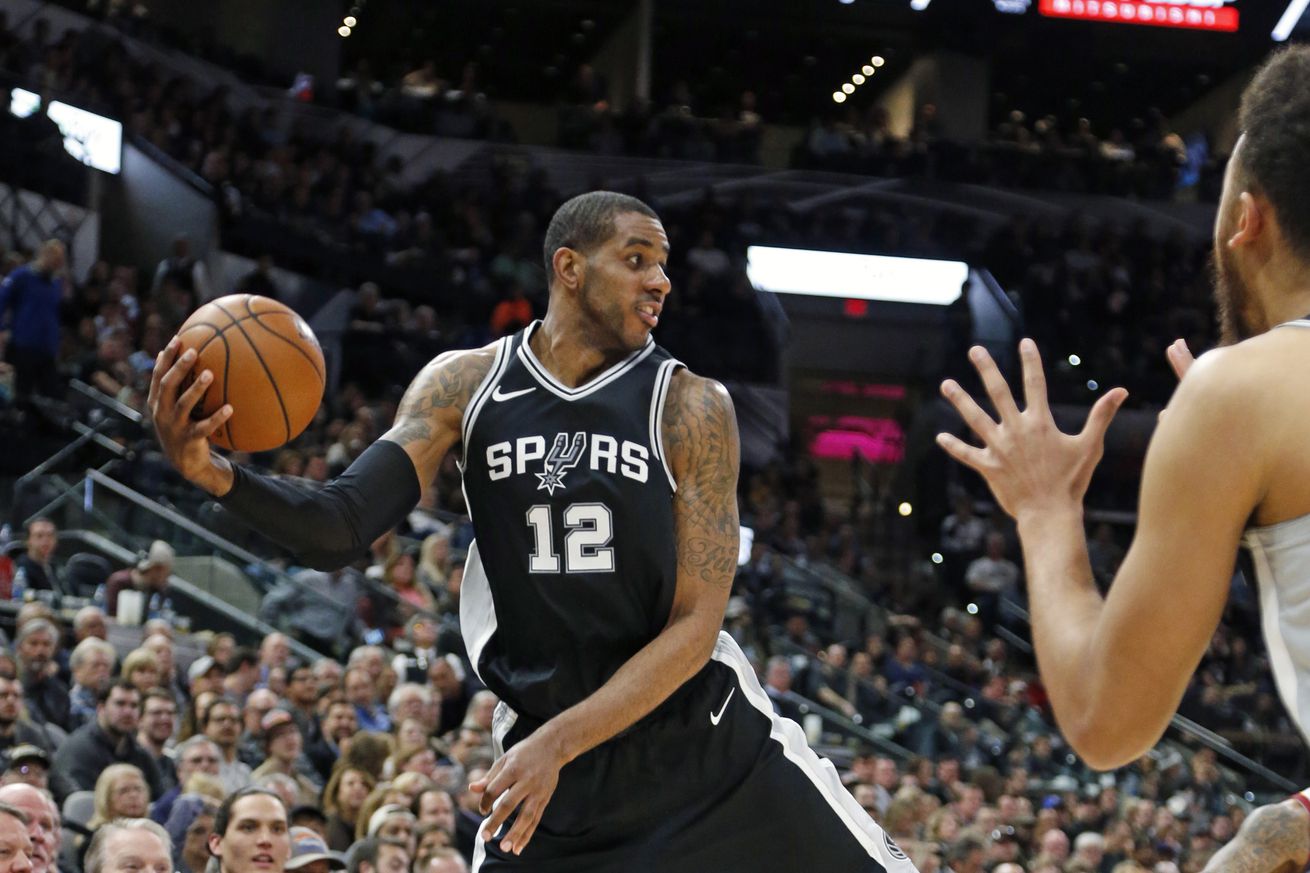 San Antonio, the bear, and the slowest hiker.

This logic applies to the San Antonio Spurs as they attempt to make the playoffs for the 21st straight year. While the Spurs presently sit in third place in the Western Conference, and have for most of the season, the Spurs’ hold on that spot has become precarious. The “all-important loss column” (the loss column must always preceded by the words “all-important”) reveals that the Spurs’ 24 loss tota is just one less than the fourth place Timberwolves’ 25 losses. Five other teams have only 26 losses, including the NINTH PLACE Los Angeles Clippers.

Put another way, if the Spurs lose their first two games after the All-Star break, they could possibly have the same nonber of losses as a team presently out of the playoffs. And since the Spurs pay visits t Denver and at the rejuvenated Cavaliers as the first two games after the break, this is much more than just theoretical. For the first time this century, Spurs players and fans must confront the very real possibility of falling into the lottery.

Time to panic? Nah, plenty of time to do that later.

Let’s go back to the bear and slowest hiker analogy. The Spurs don’t have to outrun the fastest of the teams beneath them in the standings — the red-hot Utah Jazz team. Instead, to avoid falling out of the playoffs and into the lottery, they just need to outrun one of those 26 loss teams, or two in the likely event that the 10th place Jazz displace one of the 26 loss teams.

Of course, just merely making the playoffs is not the goal. There will be a huge difference between coming in 7th or 8th — which would mean playing the Rockets or Warriors in the first round — and coming in 6th or better. In that instance, the Spurs would play one of the other teams in the three through ten scrum, with a much better chance of getting to the second round.

Encouraging news on this front comes from the nerds over at 538.com. While that site made its name predicting election results, they also run sports projections, including for the NBA. 538’s present projections give the Spurs an 84% chance of making the playoffs. The Spurs are projected to go 12 – 11 down the stretch, wind up 47 — 35, and tied for 4th with OKC.

The Spurs’ 84% chance of making the playoffs trails the T’wolves (95%), the Jazz (87%) and the Thunder (85%). The projections really like the Jazz’ chances, even though Utah is presently in 10th place with 28 losses, four more losses and seven spots in the standings behind the Spurs. Another interesting fact: 538 gives ten teams more than a 50% chance of making it into the eight playoff spots — which seems impossible at first glance but, of course, isn’t.

One final note: The 538 analysis is based on the statistics from the Spurs’ first 59 games. Only 9 of those games included the Spurs’ best player. Put another way, the Spurs are given an 84% chance of making the playoffs even if Kawhi Leonard plays the same percentage (less than 20%) of the remaining games. If Kawhi comes back to the team right after the All-Star break (please, oh please), Spurs fans should not have to worry that the Spurs will be the hiker eaten by the bear.