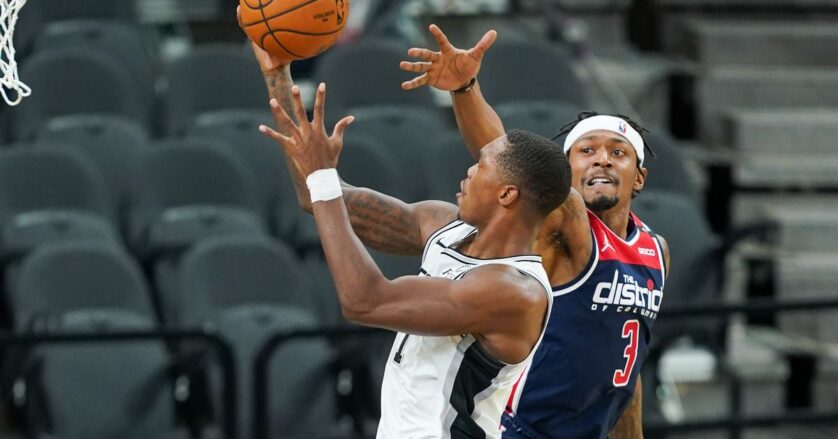 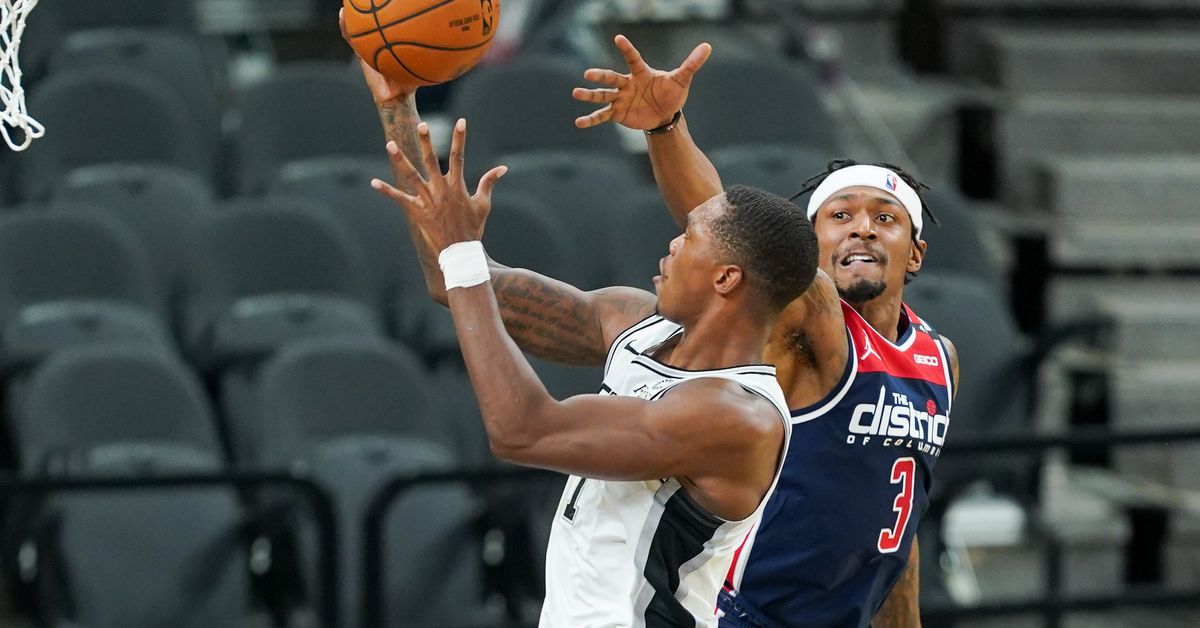 The Spurs started out slow once again but turned it on in the second half behind LaMarcus Aldridge and Patty Mills’ hot shooting. Overall, seven different Spurs scored in double digits with Dejounte Murray and DeMar DeRozan handing out the majority of the assists (Murray logged 10 assists to go with his triple-double and DeRozan had 8 dimes himself). Mills led the good guys in scoring with 21 points, going 4 for 8 from downtown.

Murray’s triple-double night was especially impressive coming off of the last game where he sprained his ankle, and the team and fans were unsure of his availability for Sunday’s game:

Rookie Devin Vassell’s inaugural season has also been impressive, and tonight’s 14 points (most all of the scoring came from deep on 4 three-pointers made) represented a career high for the young Spur still early in his very young career:

This full court delivery courtesy of Keldon Johnson set up Rudy Gay with the most cool and collected, casual reverse jam ever:

Lonnie Walker IV smoothly cradled and laid the ball to rest in the rim:

Surely this is a Spurs basketball blog, but on Sunday, Dejounte Murray and Patty Mills were doing their best Patrick Mahomes and Tyreek Hill impressions. And I won’t call them Shirley.

Jakob Poeltl not only will block opposing teams’ shots, but he’ll gift wrap rejections into opportunities for teammates as well:

Next up, the Spurs quickly head to New Orleans to take on the Pelicans in a back-to-back match-up on Monday, January 25, 2021.