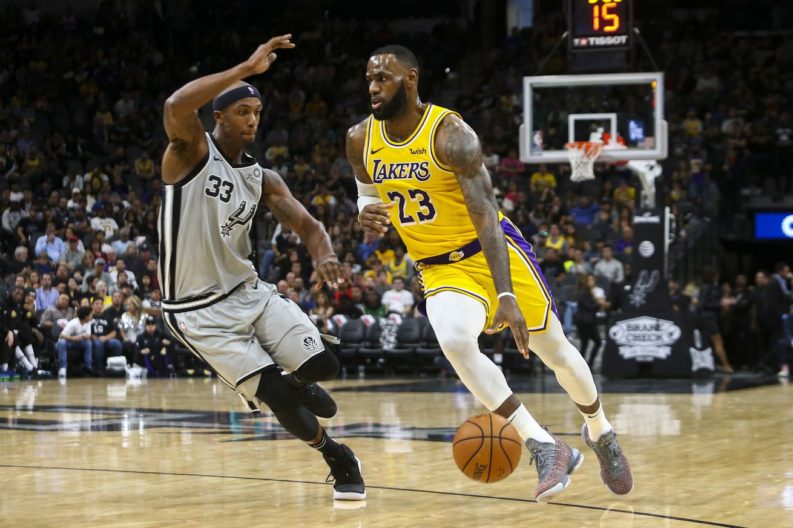 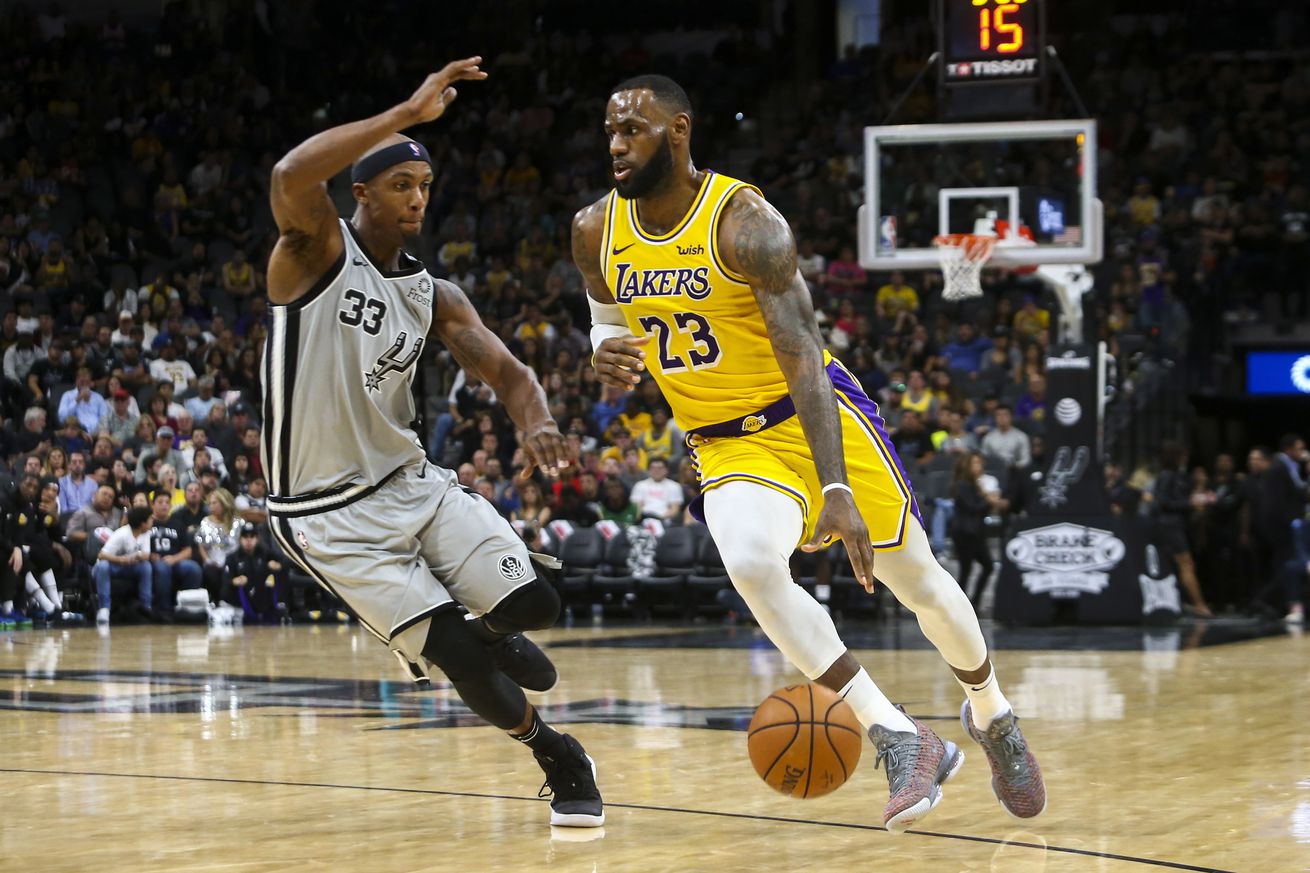 Cunningham has been given too big a role and it’s hurting the Spurs.

Dante Cunningham’s early season play was an extremely pleasant surprise. The journeyman emerged as a key cog in the team’s hot start and Gregg Popovich praised him for setting the tone on defense. As he solidified his position on the starting lineup, it seemed like the Spurs had hit on yet another undervalued veteran that was going to help them overachieve.

Further into the season, we’ve been disabused of that notion. Cunningham has gone from potential solution to lingering problem. Pop finally decided to addressed the issue by benching him against the Timberwolves only to go back on that decision the following game by starting him.

Hopefully the disastrous loss to the Rockets will cause him to reassess again. It’s hard to see the Spurs overcoming this tough stretch of the season while still playing Cunningham significant minutes.

It made sense to try Cunningham as a starter early in the season but there’s now evidence that he’s hurting the team there. The Spurs get outscored by over 10 points per 100 possessions when Cunningham is on the floor and outscore opponents by almost two points when he isn’t. That’s a gigantic swing, the biggest on the team by far. The offense completely dies when he plays. The team scores 100 points per 100 possessions, a mark that would rank last in the league, and shoots significantly better from the floor and from outside when he’s out. Such a gigantic negative impact on offense would make Cunningham almost unplayable even if he helped the defense, but there’s little evidence he does. The Spurs allow over 110 points per 100 possessions when he plays, one of the worst marks on the team.

It’s not Cunningham’s fault, really. He’s just not good enough to be a core player on a good team, which is why he hasn’t been one his entire career. On defense, he’s solid at the team level and has enough length and mobility to do a passable job as a stopper against big wings and small bigs. Yet he’s not an elite defensive player by any means. He’ll stay in front of his man and force him into a contested shot more often than not, but won’t actually shut anyone down. He knows where to be as a help defender, but he lacks the athleticism and timing to truly plug leaks on his own. He’s better on that end than almost everyone else on the Spurs’ roster, but that is more of an indictment of the collective defensive acumen of the team.

Cunningham’s good on defense; he’s just not great. Unfortunately, he would need to be all-NBA defense to make up for his severe limitations on offense. It might seem strange to say that someone connecting on 46 percent of his looks from beyond the arc is not a shooting threat, but that’s how he’s treated. He doesn’t want to let it fly and opponents know it. Cunningham averages under three three-pointers per 36 minutes, an incredibly low amount for someone who is so often left alone. He’s not a bad cutter, but he’s definitely a bad finisher, shooting just 56 percent on shots withing five feet. He’s also not a good enough ball handler or passer to make up for his other weaknesses by making plays for others.

His presence has a negative ripple effect at the team level and on the individual play of his teammates. Since he’s a reluctant shooter, opponents leave him open in the weak side to help when LaMarcus Aldridge posts up. If the ball swings around to him, his defender expects him to hesitate before he shoots, and if Cunningham cuts and gets the ball, opponents can help off. If the ball swings, he struggles to attack closeouts to create an advantage, so Spurs often needing to reset with fewer seconds on the shot clock after passing to him. If he cuts, the defense can rotate and easily put enough pressure on him to make him miss. He gets the occasional offensive board, but he’s not a specialist in that area. There’s not a lot he can do to help the Spurs score. In a different time he might have been able to play a big role anyway, but teams simply can’t get away with having such a bad offensive player on the floor anymore.

The Spurs would improve significantly simply by shrinking Cunningham’s role. I thought that Pop had recognized that fact, only to see Dante start and get 17 minutes against Houston on Saturday. It might have had to do with the fact that he started Derrick White in Cunningham’s place, which didn’t make a lot of sense and didn’t have a positive impact. White is a questionable shooter that has looked his best with the ball in his hands, which makes him a bad fit next to DeRozan, Aldridge and Rudy Gay. He’s also a little small to be a wing, which is the position he’s forced to play with the starters. His ball handling is an asset, but he doesn’t offer elite defense, or spacing. Starting him also forces DeRozan and Gay to play up a position, which is not ideal.

The best option to replace Cunningham as a starter is clearly Davis Bertans, who is not as versatile or as consistent a defender as Cunningham, but he’s not a sieve and he can follow a game plan. The defensive rebounding is comparable. But there’s a huge difference on the other end. Davis offers elite shooting and a better floor game. If he’s left open consistently, he’ll pull the trigger with no hesitation and make teams pay. If they run him off the arc, he can make plays as a finisher or passer. On an admittedly low number of minutes, the starters with Bertans in Cunningham’s place have outscored opponents by over eight points per 100 possessions, a terrific mark. It just makes sense to use that unit more. Unfortunately that might not happen, since Pop doesn’t seem to trust Bertans, but I believe it’s the best course of action.

Regardless of who takes his place, sending Cunningham to the bench and reducing his minutes would be a step in the right direction. Through no fault of his own, Dante was thrust into a role he’s simply not talented enough to fill. He could still be useful in spot minutes, but right now he’s hurting the team.

The Spurs can’t ignore this issue any longer. Tweaking their rotation alone won’t save their season, but it would be a start. There’s an obvious adjustment to make and a team with such a thin margin of error can’t afford to postpone making it.