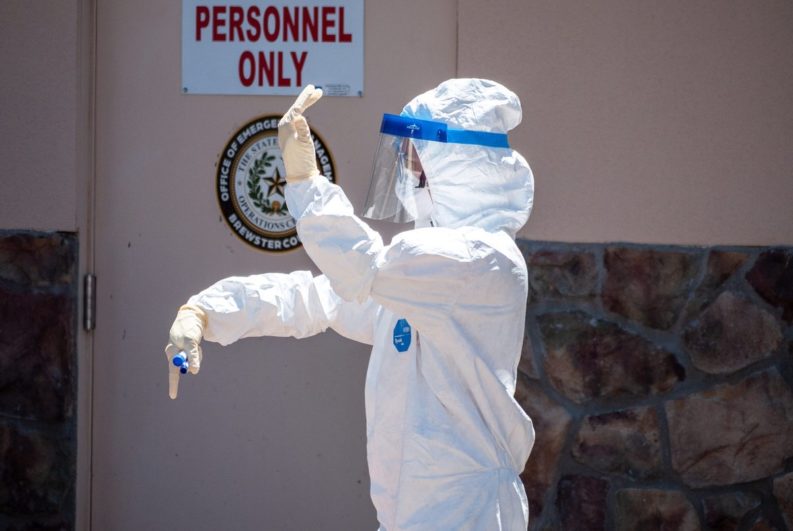 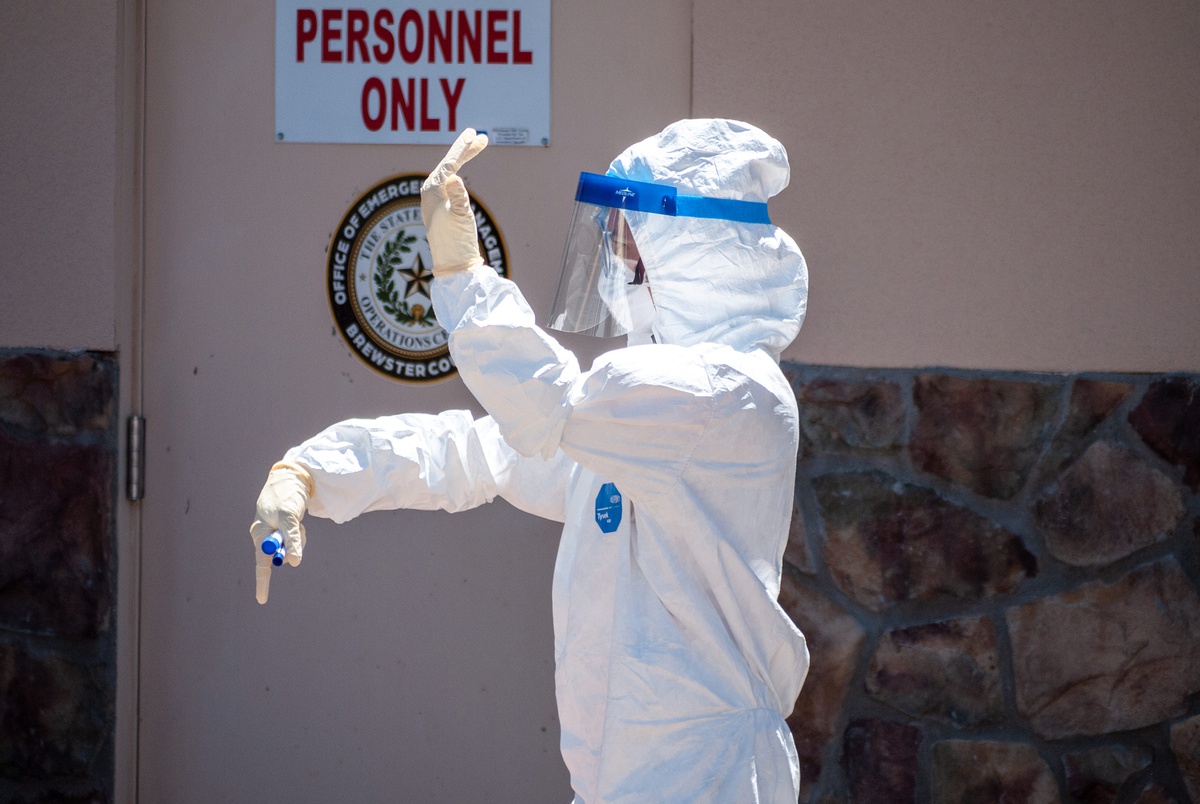 The day before Texas began its first wave of business reopenings during the coronavirus pandemic, the latest figures from the state health department brought some grim news.

The numbers instantly sparked a fresh round of second-guessing about Gov. Greg Abbott‘s decision to let stores, restaurants, movie theaters and malls reopen at 25% capacity Friday. The governor, however, is looking at a completely different set of numbers when it comes to tracking the pandemic in Texas, fueling optimism for him and his pandemic advisers even as anxiety rises beyond his circle about the reopening process.

As he makes decisions about how quickly to restart the Texas economy, Abbott has zeroed in on two figures: the state’s infection rate — the ratio of positive cases to tests conducted — and the hospitalization rate — the proportion of infected Texans who are requiring hospitalization. Both rates have generally trended downward since high points in the first half of April.

“All the key metrics are going in the right direction, and that is exactly why the doctors advised us that we had the green light to open up to the extent we are opening up,” Abbott said in an interview with The Texas Tribune on Thursday evening, shortly after the latest case figures came out.

As for the deaths, Abbott said any death is tragic and that is why his latest order advises the population most vulnerable to the virus — those 65 and older — to remain at home except for essential activities. He pointed out that, “even with today’s number, we have one one of the lowest deaths per capita in any state in America.”

Abbott’s focus on those numbers has been backed up by his medical advisers and affirmed by other experts focused on the pandemic, such as Scott Gottlieb, the former commissioner of the Food and Drug Administration.

“As testing starts to expand more sharply, case counts may grow as we capture greater share of community spread,” Gottlieb tweeted Tuesday. “Key to understanding epidemic over period where testing is growing, but epidemic hopefully declining, is to see positivity rates fall and hospitalizations also decline.”

Gottlieb’s assessment, however, gets at a big asterisk: the state’s low testing numbers. While Texas has been slowly increasing its testing capacity — the state has averaged little over 15,000 tests per day for the past week in a state of 29 million people — there has not been the dramatic ramp-up that the governor has long promised.

Catherine Troisi, an infectious disease epidemiologist at UT Health School of Public Health, said Texas has not administered enough tests to say with certainty that the state’s infection rate is cause for optimism.

“We’re not testing as many people as we should be,” Troisi said. “Are we testing in vulnerable neighborhoods, grocery store workers, bus drivers?”

Democrats, meanwhile, continue to argue the state is nowhere ready to get its economy going again, citing testing concerns. Shortly after the latest case numbers were released Thursday evening, the Texas Democratic Party put out a press release denouncing Abbott’s “forced reopening” of the state. And on a conference call earlier in the day, U.S. Rep. Sylvia Garcia, D-Houston, said she was “still kind of baffled as to why we’re opening.”

In the interview, Abbott reiterated what he said Monday — that his goal is to get the state to at least 25,000 tests per day. He expressed hope that Texas would benefit from the federal government’s move Wednesday to increase production of testing swabs by 20 million per month starting in May.

In the meantime, Abbott has been blanketing local TV to justify his reopening decision — and fielding persistent questions about what exact data he is using to justify his latest order. Each time, he has emphasized the infection and hospitalization rates.

Announcing his new order Monday, Abbott began by trumpeting that the “COVID-19 infection rate has been on the decline over the past 17 days.” It was true that the infection rate for that day’s numbers was lower than it was 17 days ago — 4.59% compared with 14.73%. However, there was not a consistent day-to-day decline over the period and the rates varied considerably — hitting 22.96% on April 12, for example.

“It won’t be a perfect down trend line,” Abbott said Thursday. “It’ll edge down on occasion and edge up on occasion, but the trend of the line … is in the right direction, and that’s a downtrend in the percentage who test positive.”

Public health experts want the daily infection rate to remain below 6%. It has averaged just over that threshold during the past week in Texas, and Abbott said his future decisions about business reopenings hinge on whether that trend “stays flat or decreases.” He has set May 18 as the date on which he will announce expanded reopenings if all goes according to plan.

Texas appears to be skipping ahead on White House guidance that says state should wait to begin their reopening process until they see a 14-day downward trajectory in new cases or the infection rate. Texas has not met either of those criteria, especially the former.

That criteria is backed by Gottlieb and another former FDA commissioner, Mark McClellan, who serves on Abbott’s task force to restart the Texas economy. Gottlieb and McClellan were among the co-authors of a report late last month that called for a “sustained reduction in cases for at least 14 days” before states reopen.

Asked Thursday how he reconciles that advice with his plan, Abbott said the “real way that I reconcile it is with my personal conversations” with McClellan, as well as White House officials such as coronavirus response coordinator Deborah Birx.

“The very people that you’re talking about have looked at the Texas numbers and what are we doing and they’ve not only said, ‘You can go ahead,’ but, ‘This is a great plan,'” Abbott said.

As for the hospitalization rate in Texas, it has seen a little more of a steady decline since the Department of State Health Services began providing the number of hospitalizations as part of its daily coronavirus updates on April 6. The rate was 15.85% that day; on Thursday it was 6%, its lowest point on record.