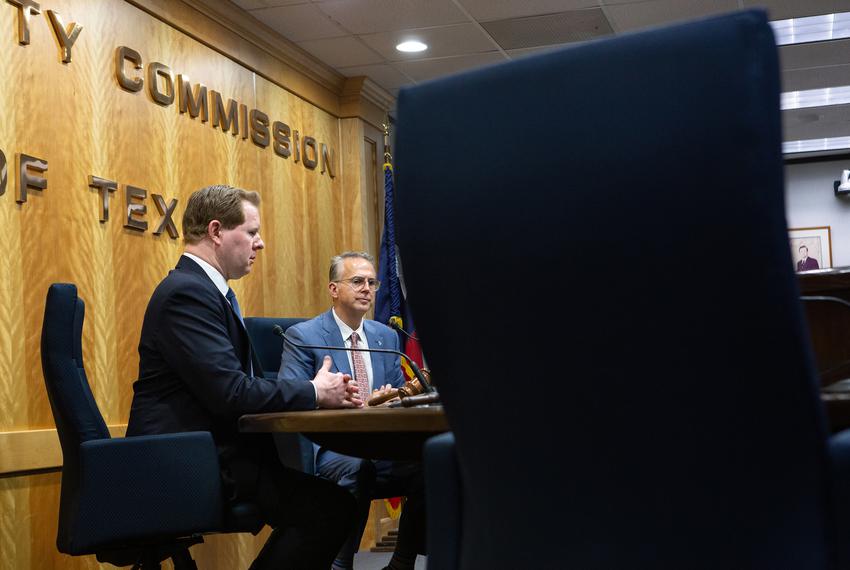 Texans could experience calls to reduce electricity usage — or even power outages — this winter if the grid experiences very high demand for power, estimates from the Electric Reliability Council of Texas show.

Ahead of each season, ERCOT, which operates the state power grid, estimates how much power supply will be available to meet projected needs — serving as an early indicator of risk. The winter report published Tuesday shows that very high demand during winter weather could force ERCOT to ask Texans to cut back on electricity usage to avoid an emergency.

And in the most extreme scenario considered for this winter — a combination of high electricity usage, power plant outages and very low wind and solar energy production — the grid would need to resort to rolling blackouts, the report shows.

“It is critically important to address the fact that … under the most extreme conditions, there could be not enough power,” said Pablo Vegas, president and CEO of ERCOT. “That’s not acceptable.”

“That’s why change is needed in the market design in order to address that,” he added.

ERCOT and the Public Utility Commission, which regulates electricity infrastructure, are currently working to redesign Texas’ power market. A plan released earlier this month proposes that power providers would be required to purchase “performance credits” from power generators, intended to guarantee enough electricity is available to meet high demand. If providers don’t buy the credits or generators don’t produce the power, both would face financial penalties.

Vegas and PUC Chair Peter Lake emphasized during a news conference Tuesday that a suite of changes and new regulations implemented since February 2021 has made the grid “better prepared than ever” and argued that the winter assessment doesn’t capture all the ways in which management of the grid has changed.

“This analysis is arithmetic,” Lake said. “It doesn’t account for the many reforms we’ve put in place, like better communication and coordination.”

“I absolutely expect the lights to stay on,” Lake added.

ERCOT considered three extreme winter weather scenarios, each for the first time using assumptions based on weather conditions during the February 2021 winter storm that resulted in dayslong blackouts across the state that left millions of Texans without lights or heat in subfreezing temperatures. Hundreds of people died as a result.

Each extreme scenario shows the grid operator would need to ask Texans to take emergency action to cut back on electricity usage. One scenario shows that if those conditions combine with enough gas- and coal-fired power plant outages and low wind power production, the grid could face rolling blackouts.

The extreme scenarios considered by ERCOT this year assume gas- and coal-fired power plants can reduce planned outages by 70% compared to the 2021 winter storm with better warnings from ERCOT. It also assumes that because of regulatory efforts made to better weatherize the energy fuel supply, those plants can reduce unplanned outages — which in last year’s crisis were largely caused by a lack of fuel — by 90% compared to those seen during the 2021 winter storm.

Power grids must keep supply and demand in balance at all times. When power demand comes close to exceeding supply, ERCOT takes precautions to avoid uncontrolled blackouts, such as asking residents and businesses to conserve power, and if the situation worsens, implementing controlled rolling outages. ERCOT had predicted short, rotating outages to customers ahead of the 2021 winter storm, but extremely low temperatures froze equipment, knocking out so much power supply that in many parts of the state outages lasted for days rather than hours.

For this winter, ERCOT estimates a peak power demand of about 67,400 megawatts — much more than it estimated in last year’s winter forecast for 2021-22, which didn’t take the February 2021 power crisis into account.

The grid operator expects it has a total of about 87,300 megawatts of power available under normal conditions, leaving about 19,900 megawatts of “reserve capacity,” for an emergency. That’s less than the 22,900 megawatts ERCOT estimated it had last winter.

The pace of population growth across Texas has increased electricity demand, and will continue to do so, officials said. At the same time, the fastest-growing sources of power on the grid are wind turbines and solar panels, which typically don’t provide as much power during the winter months as during the summer.

Vegas said the pace of population growth is outpacing what the grid is adding in power supply during the winter months, and said that’s why the market redesign will be “critical.”

“This risk will continue to persist and grow over time if we do nothing,” Vegas said. “I know we are not going to do [nothing], so we need to drive toward that change aggressively.”