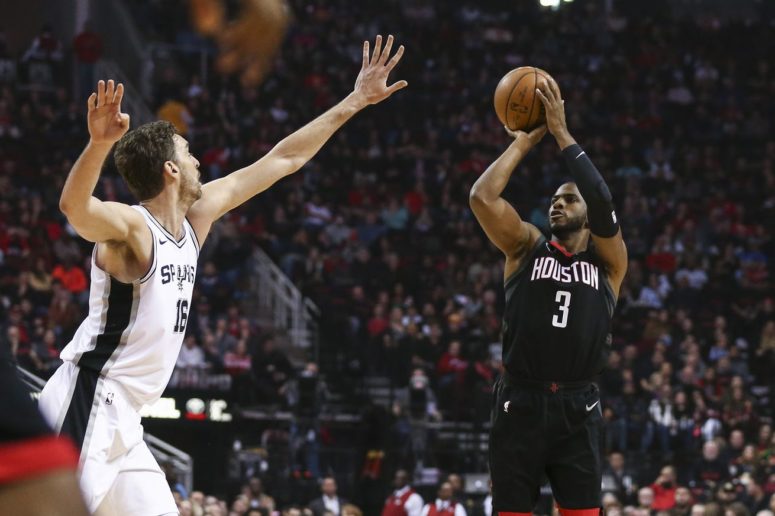 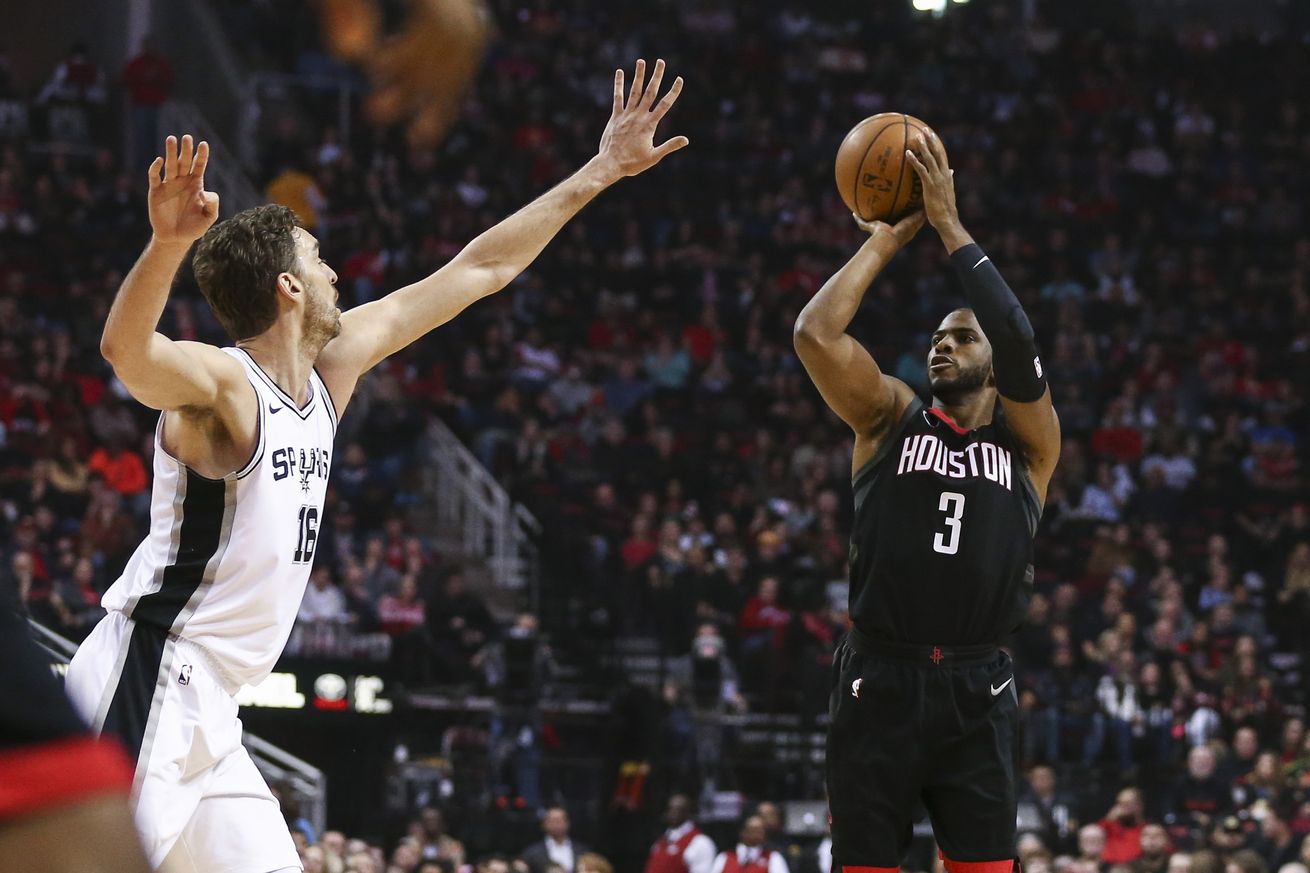 And Pau Gasol’s struggles to defend this Houston team.

Through the final three quarters of Friday’s Spurs vs. Rockets game, San Antonio played Houston to a draw, 93-93. Outside of the opening period, San Antonio held the Rockets’ offense in check. It was really that 31-16 opening quarter that set the tone for the game and ultimately ruined any chance the Spurs had of stopping Houston’s win streak.

One reason for San Antonio’s awful start was their three-point defense to begin the game. In the first quarter, Houston went 6-of-14 from behind the arc. However, 11 of those 14 threes were either “open” or “wide open,” per NBA.com, and the Rockets made five of those. That means Houston went just 1-of-3 on contested three-point attempts in that opening quarter. It’s not like Houston’s opponents should be caught off guard by their prolific three-point shooting, either. Watch on this play when Manu Ginobili cheats way too far over to prevent a James Harden drive, leaving Trevor Ariza wide open:

Even Andre Roberson would’ve had a prayer at making that. One major issue San Antonio had was this: when Pau Gasol was on the floor, they couldn’t contain the Rockets’ deep threat. Gasol finished with the team’s worst plus/minus at -29 in under 18 minutes, and really struggled on switches to adequately contest threes. Per NBA Wowy, when Gasol was on the floor, Houston took 60% of their total shot attempts from behind the arc, making about 43% of them. When Gasol sat, 52% of their shots came from three (still a ton), but they only made 32% of them. Some of that is just bad luck for Gasol, but there was no denying that he was a defensive liability in his minutes. Here are two plays where Gasol was switched onto Chris Paul:

Gasol couldn’t even phase Paul on those rhythm jumpers. Even though they may look like decent contests, check out where Gasol’s feet are when CP3 starts his shot to see how clear the basket was for Paul:

The Spurs did not come out of the gates ready to defend at a high level, and players like Gasol were not put in a position to be successful. There were too many times where he got switched onto Paul, and even when Chris didn’t step back for a three, he did damage in other ways, penetrating and creating for others:

This isn’t meant to pin the entire loss on Pau; he can be a hugely valuable player in the right context. But Houston’s offense forces defenses to deal with threats that someone of Gasol’s foot speed. isn’t calable of handling. To better illustrate that, in Gasol’s 17:38 of playing time, the Spurs were outscored by 68.2 points per 100 possessions. When he sat, the Spurs outscored Houston by 12.4 points per 100 possessions.

I’m not saying that this one-game sample size proves that Gasol is “unplayable” against this newly configured Rockets team. But, at the very least, it is something to monitor in future regular season games when the stakes are still relatively low. The reality is, some players’ weaknesses are particularly exploitable in particular match-ups. Whether the challenges that Houston’s offense presents are incompatible with the 37-year-old Gasol is something to watch for.

One other thing to note about the Spurs’ first quarter defense was this: since San Antonio was not defending the three-point line, you would hope that they would’ve been in better position to stop drives without fouling. However, the Spurs allowed Houston to post a 63.2% free throw attempt rate in that first quarter. For context, the Hornets comfortably lead the league in free throw attempt rate at 32.6%. In the playoffs, limiting Harden’s free throws was a major strength of the Spurs. On Friday, Harden finished the first quarter 8-of-10 from the free throw line, including a couple fouls on three-point attempts.

Clearly, during the playoffs, the Spurs will execute better defensively. Plus, having Kawhi Leonard at 100% (without a minutes restriction) will make life even more difficult for Harden. Friday’s loss was frustrating for Spurs fans because the game never felt competitive, but hopefully there are some lessons learned that will carry over into their next matchup — or at least in the playoffs.