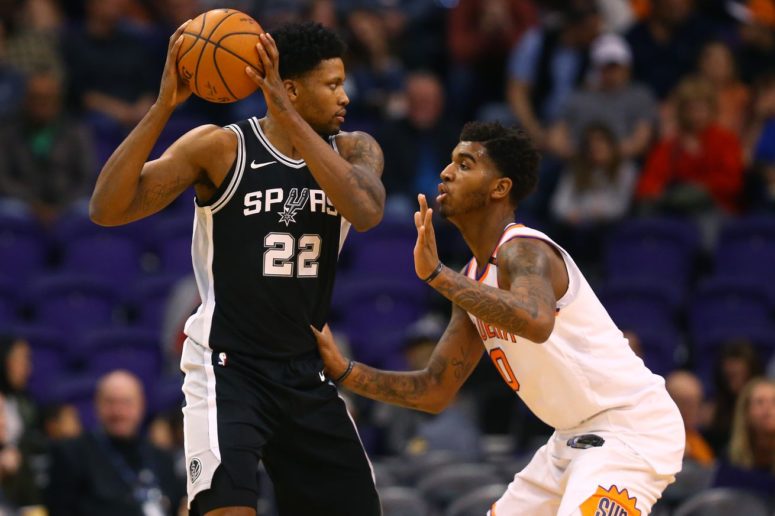 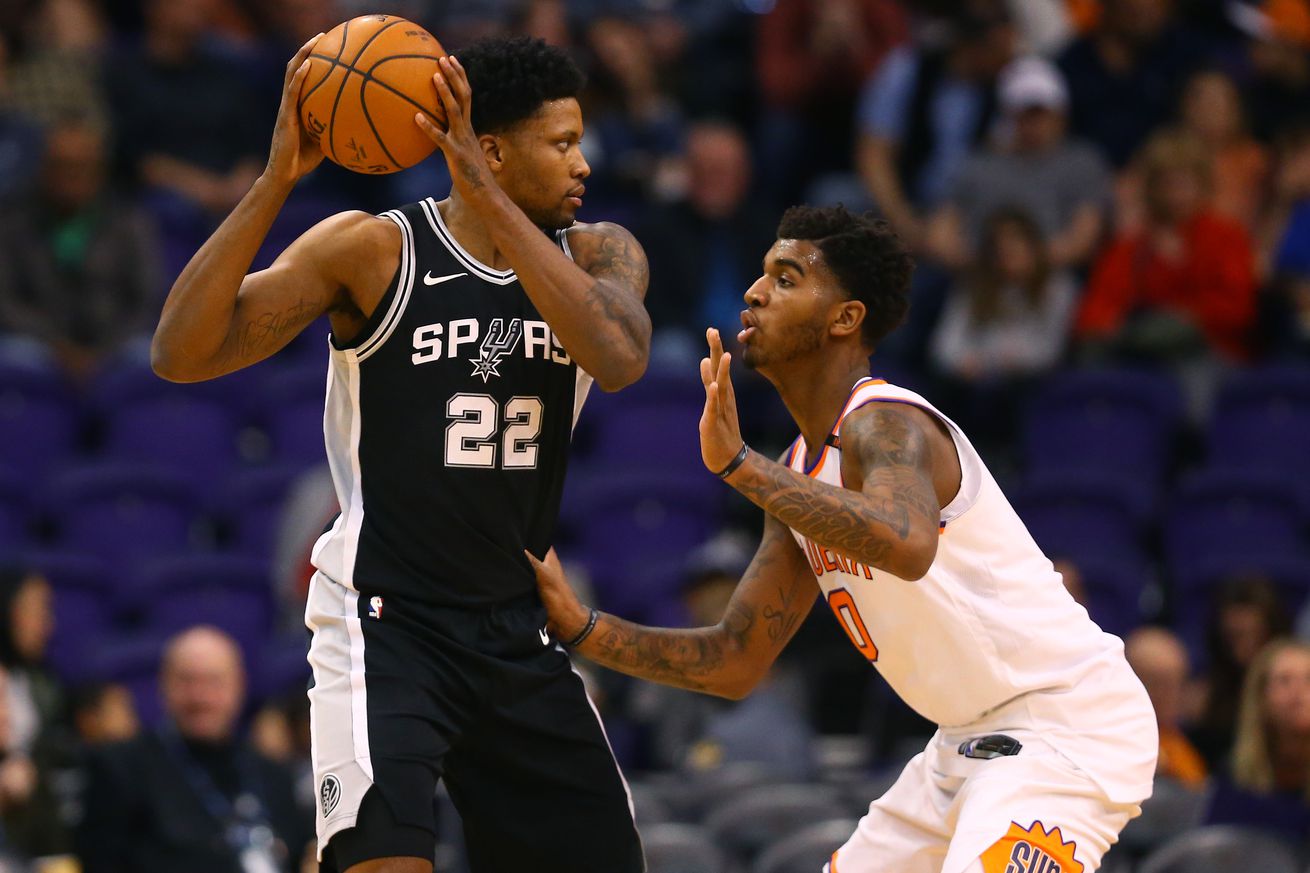 Forbes may have hit the shot, but other guys did the dirty work.

When a game is decided by only one possession, as Saturday’s 104-101 victory over the Suns was, it’s easy to look at multiple facets of the game as “the reason” for why things turned out the way they did. If the Suns had managed to pull off their comeback, I’d be pointing to the fact that San Antonio couldn’t keep Phoenix off the free throw line. The Suns’ free throw attempt rate for the game was 37.5%, a number that would lead the league by a wide margin. Or, the story of the game would be that Phoenix considerably outscored San Antonio in points off turnovers and fast break points (see Team Stats below).

Thankfully, Bryn Forbes knocked down the game-winning triple with help from a risky pick by LaMarcus Aldridge. I mean, just look at this crafty veteran screen:

Not only is Aldridge a bigger body than TJ Warren, he also outworks him for positioning. Dejounte Murray, who finished with a team-high six offensive rebounds and 14 total rebounds had his numbers a little inflated when he was credited four offensive rebounds for this one play:

Nevertheless, Murray would not be denied the bucket. He finished with a plus/minus of +3 in his nearly 27 minutes and provided a much-needed spark of energy. Rudy Gay was another guy who really stepped up on the offensive glass. Prior to the game, Gay was averaging just 1.4 offensive rebounds per game, but on Saturday he finished with four offensive boards, including these two, resulting directly in his own offense:

Gay led the team in plus/minus with +8 in his 33 minutes. Plays like the one in that last clip are the reason why. Check out all the white jerseys around him when the rebound is in the air:

He had no business grabbing that rebound, but he didn’t give up on the play and it resulted in an easy basket. In a game decided by one possession, every point matters, especially when so many of your team’s starters and rotation players are sitting out. Sure, this win wasn’t as sexy as the Boston one, but every win you bank counts the same at the end of the regular season. I expect all of this to matter when it comes to seeding for the Western Conference playoffs.