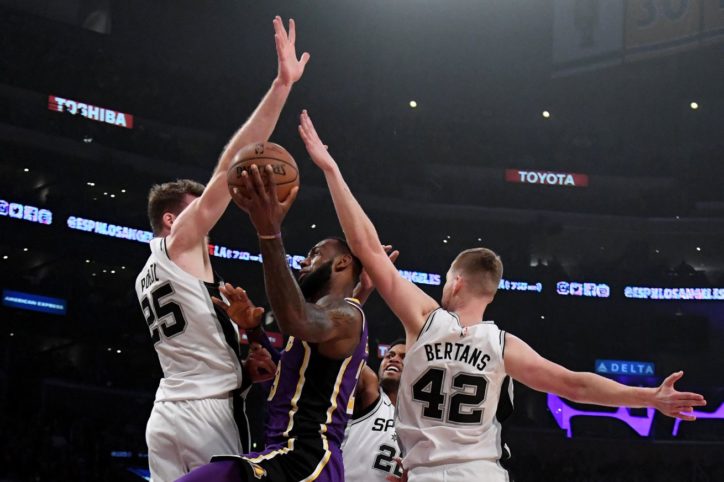 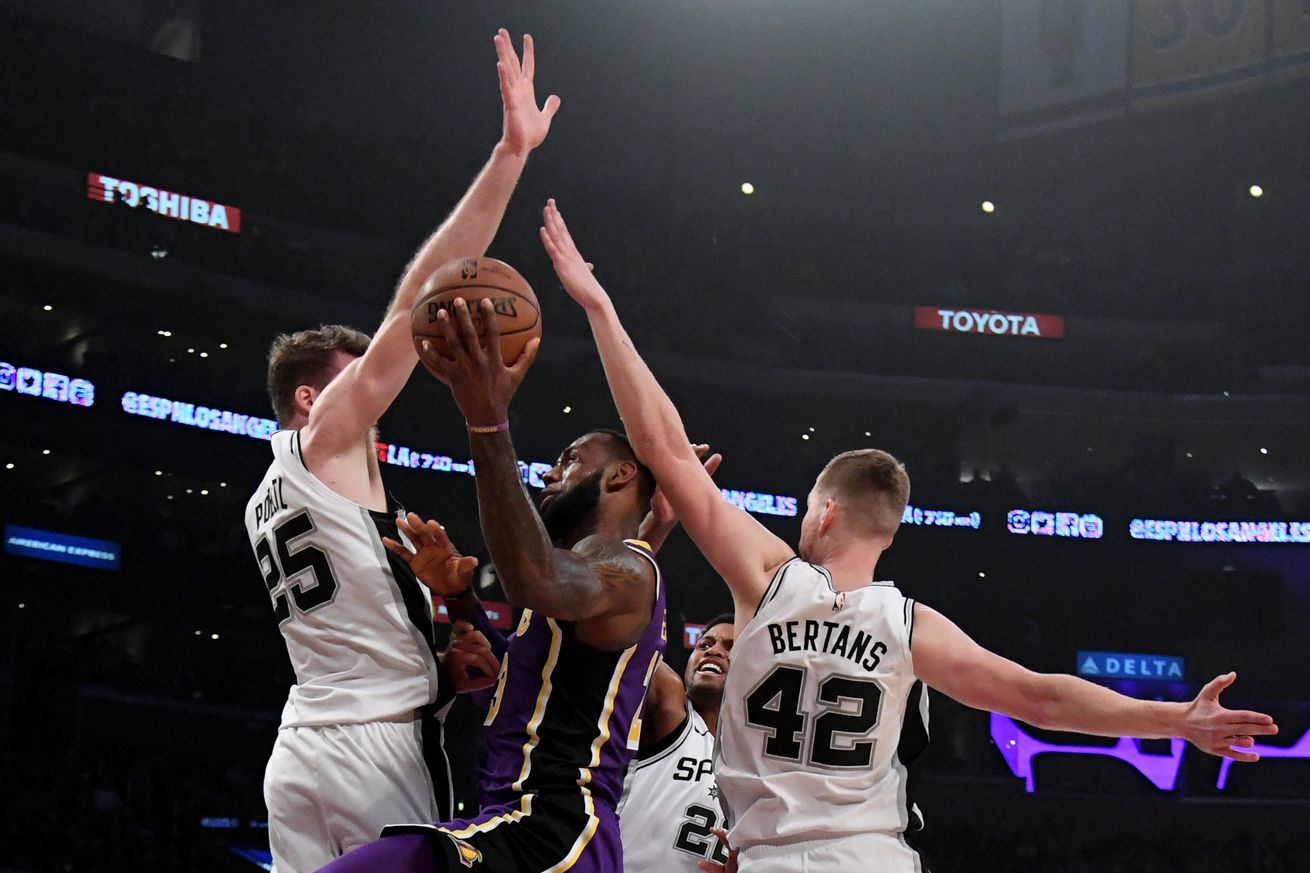 The Spurs put together a dominating fourth quarter performance, blowing by the Lakers in the process.

The Spurs offense looked really good in the first quarter, scoring 32 points on 66% from deep and 62% overall. Unfortunately, the defense was once again non-existent, giving up 36 points on the other end. Some of the Lakers’ offense was fueled by five Spurs turnovers, leading to ten Lakers points. After all was said and done, the Spurs found themselves down four. The Spurs were led by DeMar DeRozan’s 10 points, but seven different Spurs scored in the first quarter.

In contrast to the first quarter, the Spurs trailed the entire second quarter. While some sharp shooting from Marco Belinelli – who scored eleven points in his first stint on the court – kept the Spurs close early on, the middle of the second quarter started getting away from the home team. As the Spurs’ offense went cold, the Lakers stayed hot, threatening to blow the game wide open. Even when the Lakers would miss a shot, JaVale McGee would grab the offensive board, leading to multiple extra possessions. With a few minutes to go, the Lakers’ lead had ballooned to fifteen. A multitude of DeRozan free throws and a rare four point play where Jakob Poeltl was fouled in the paint while Rudy Gay was hitting a three-pointer fueled an 11-0 run from the Spurs and cut the Lakers’ lead to four.

Even though the Spurs gave up a depressing 72 points in the first half, they found themselves down by only four. LeBron James was almost unguardable, scoring 24 points. Kyle Kuzma was also hot, scoring 17 points on 11 shots.

The third quarter had the feel of the calm before the storm, with both offenses cooling off significantly and the Lakers maintaining a 2-6 point buffer throughout the majority of the quarter. DeRozan continued bullying his way into the paint time and time again, ending the third quarter with 25 points. With the game close late in the quarter, the Spurs got sloppy with the ball, leading to a couple live ball turnovers. This helped fuel an 8-2 Lakers run to end the quarter with LeBron on the bench. The Spurs ended up losing the quarter despite the Lakers going 1-10 from deep, and the Spurs found themselves down 92-82 heading into the final frame.

Saying the third quarter was the calm before the storm was putting it mildly. Jakob Poeltl had his coming out party, pick-and-rolling his way all over the Lakers’ defense. Davis Bertans exploded for thirteen points. DeRozan continued getting whatever shot he wanted, finishing with 35 points on 20 shots. Aldridge spent the entire fourth quarter on the bench. It was a surreal fourth quarter, but showed how potent the Spurs offense can be when it’s firing on all cylinders.

The Spurs stay in San Antonio for a matchup against the Utah Jazz on Sunday. If it feels as though the Spurs have been playing the same two teams over and over again, it’s because they have. The Spurs witnessed the awakening of the Jazz back in Utah on Tuesday, losing a nail-biter 105-139. The Jazz are finally at full strength health-wise, and it’s starting to have a positive effect on their results. They have won two straight; the first was the aforementioned blowout against the Spurs, and the last was a blowout win against the Houston Rockets. Let’s hope the Spurs’ revenge tour continues on Sunday. It’s an early start, 6:00 PM CT, and will be on FSSW.