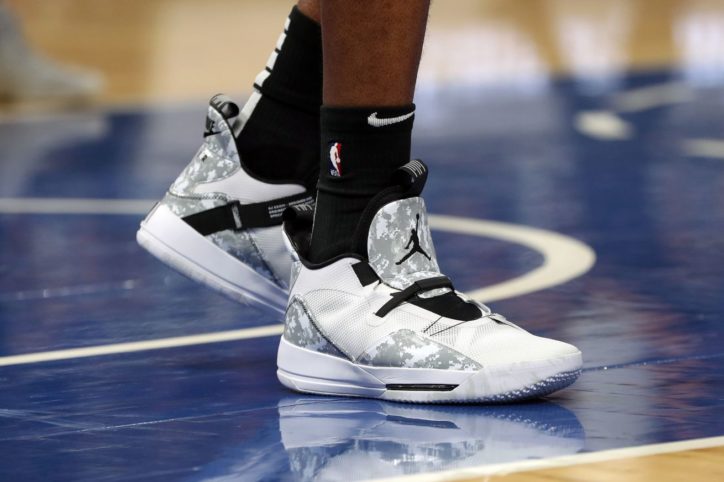 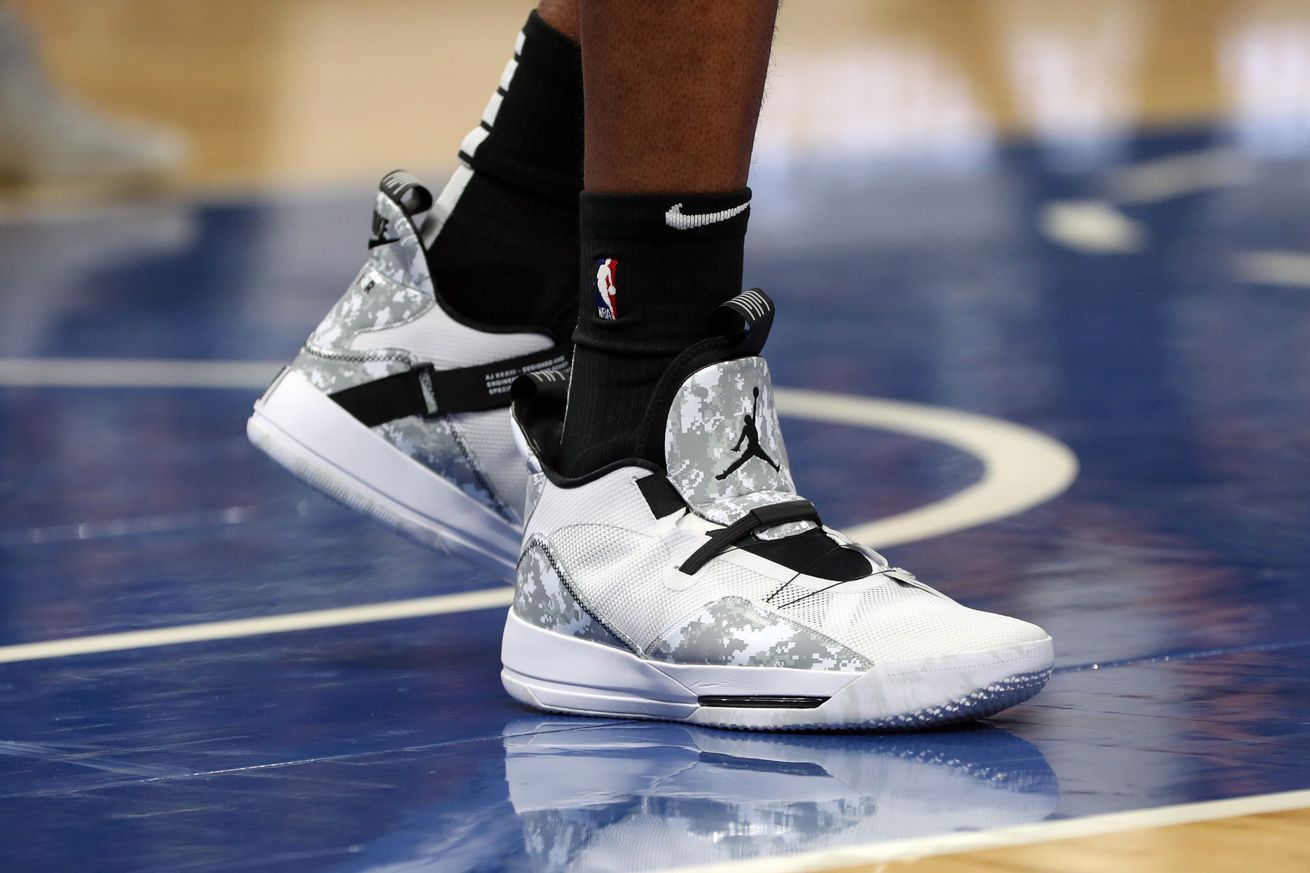 The Jordan-obsessed big man is rocking the line’s most recent model, and it may be the most innovative sneaker of all-time.

Earlier in the season, I did a write-up on a pair of Air Jordan, “He Got Game ,” XIIIs (13s) that LaMarcus Aldridge wore. Released in 1997, the Air Jordan 13 was at the forefront of industry evolution, being the very first sneaker to be completely designed using computers. It was also originally designed with a mid-strap that, according to Nike shoe designer and legend Tinker Hayfield, would have allowed Jordan to make adjustments on the fly to the tightness of his shoe. In the end, that idea was scrapped.

Fast forward to 2018 and you have a new toy for LaMarcus to play with, the Air Jordan 33, the 33rd entry in the main Jordan lineup and one with an eye on the future with gentle nods to the past. The Air Jordan 33 features a completely shoelace-less system, and while its not the first Nike basketball shoe to be lace less, it is the first to use what Nike brand calls their FastFit technology.

The idea behind FastFit is to allow athletes to make adjustments on the fly to forefoot tightness quickly. A quick pull of the FastFit strap adds pressure, and a pull of the Release loop loosens it instantly. That means no more fiddling around on the bench with laces to either get shoes on or make them a bit tighter. The heel is locked in on the AJ33 with a heel strap.

Here’s a video of Aldridge speaking with Sean Elliott about the shoes:

No laces? No problem for @aldridge_12.

LA breaks down his new @Jumpman23 kicks with @seanelliott_32. pic.twitter.com/lg2pszXyvS

Aldridge has mainly alternated between some Player Edition colorways of both the Air Jordan 33 (with his stylized LA logo on the tongue) and the Jordan Superfly 2017 this season, with the Air Jordan 33 making more appearances of late. The picture in the screenshot at the top is a pair LaMarcus wore earlier in December against the Magic. Here’s a picture of the pair LaMarcus rocked on Media Day this year:

Retailing at $175 at shoe stores, I’ve been waiting to pick up a pair of these for awhile. I love the space theme that Jordan Brand has gone with for both the shoes themselves and the advertising campaign. Maybe in the New Year someone will got them for me for my birthday.

What’s your opinion of the Air Jordan 33? Have you played in them before? Which sneaker’s would you want to see a writeup of next?