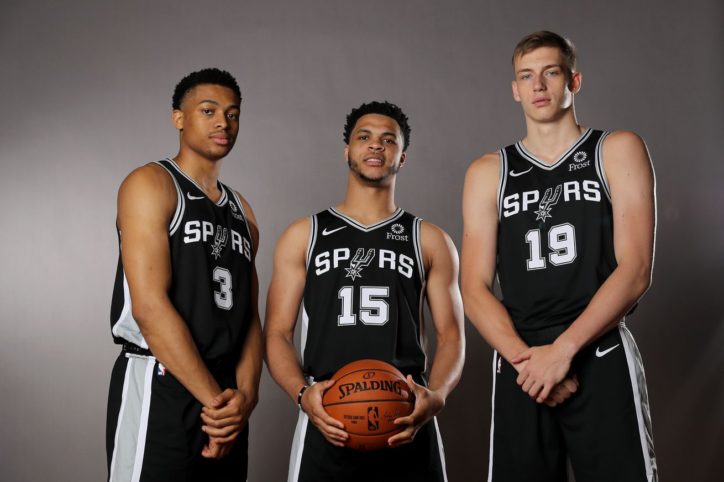 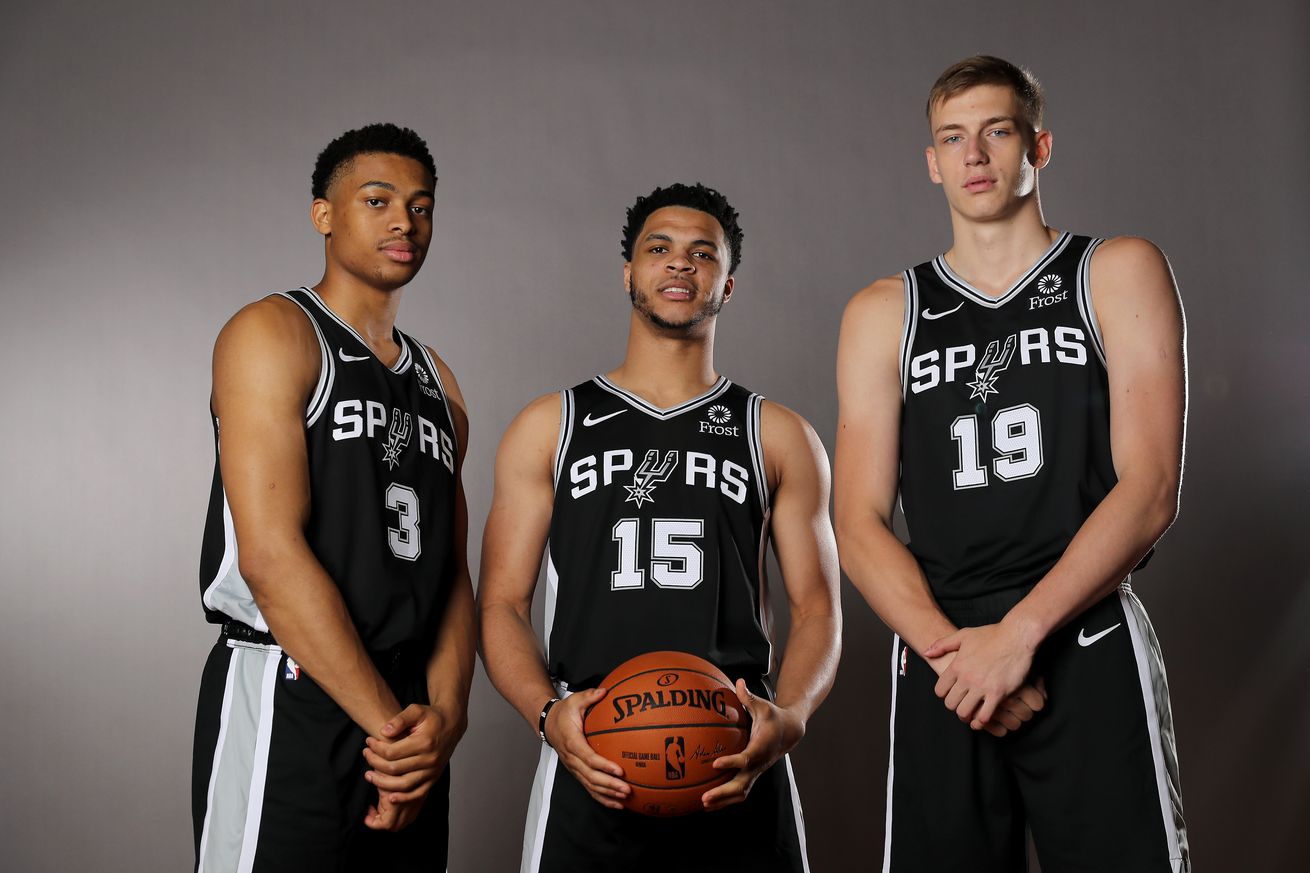 Luka, Keldon and Quinndary strike a pose for the cameras.

The NBA hosted their annual Panini rookie photo shoot this weekend in New Jersey, and Spurs fans got their first look at San Antonio’s latest draft picks in uniform.

Lonnie Walker IV was the Silver and Black’s lone first-year player to attend the 2018 edition of the event, but all three of their 2019 selections made an appearance on Sunday.

Luka Samanic, Keldon Johnson and Quinndary Weatherspoon threw on San Antonio’s official black road threads and smiled for the camera. While the portraits were pretty standard, the trio got to play around in a ball pit for a more lighthearted set of shots.

They even got to strike pose for their official Panini rookie trading cards. And the batch of photos taken with multicolored lights on a white backdrop are sure to bring back fond memories of the Spurs’ Fiesta-inspired them of the ‘90s.

The league also pulled aside some of the top prospects for a quick sit-down interview, and Keldon made the cut. San Antonio’s second-overall selection gave the right answers to a few tough questions and put himself in good graces with the Spurs faithful.

The NBA held a 21 Q&A session with the 2019 Draft’s top prospects. Keldon Johnson made the cut, but I narrowed it down to the 8 best questions the hosts asked him.

He showed loyalty to his family, NIKE and the San Antonio Spurs.

I think fans are really going to like this kid. pic.twitter.com/dELAResyry

Not only did Keldon participate in the photoshoot and Q&A, but he showed off the full extent of his 36-inch maximum vertical jump with this fancy Dunk Contest-worthy jam.

The @spurs‘ Keldon Johnson is showing off at the Rookie Photoshoot! pic.twitter.com/pakkTj3pNm

Although Summer League gave us an idea of what the rookies are capable of, we still haven’t had the chance to watch them play meaningful minutes. Head coach Gregg Popovich is famously conservative when it comes to throwing rookies into the rotation, and it’s arguable that this squad is a legit 12-players deep ahead of them, but there will be chances for fans to get a glimpse of the newest Spurs before the presumably head to Austin for most of the season.

Training camp opens up league-wide in just about a month and a half, and preseason begins the following week. Minutes may be hard to come by during the regular season, but preseason games are the perfect opportunity for Luka, Keldon, and Quinndary to get court time.