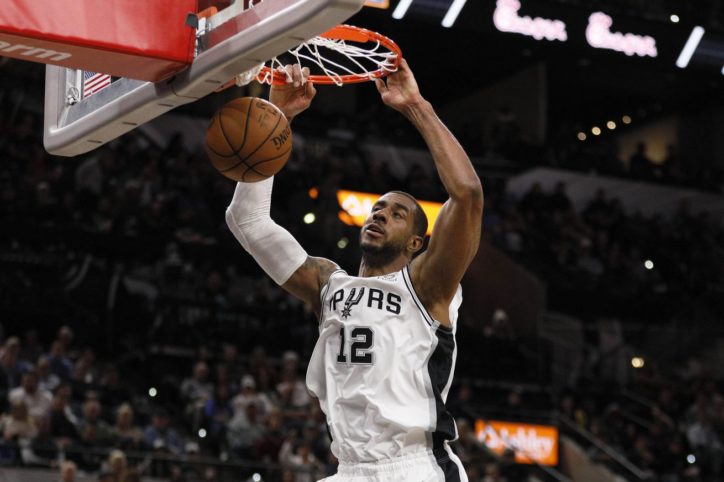 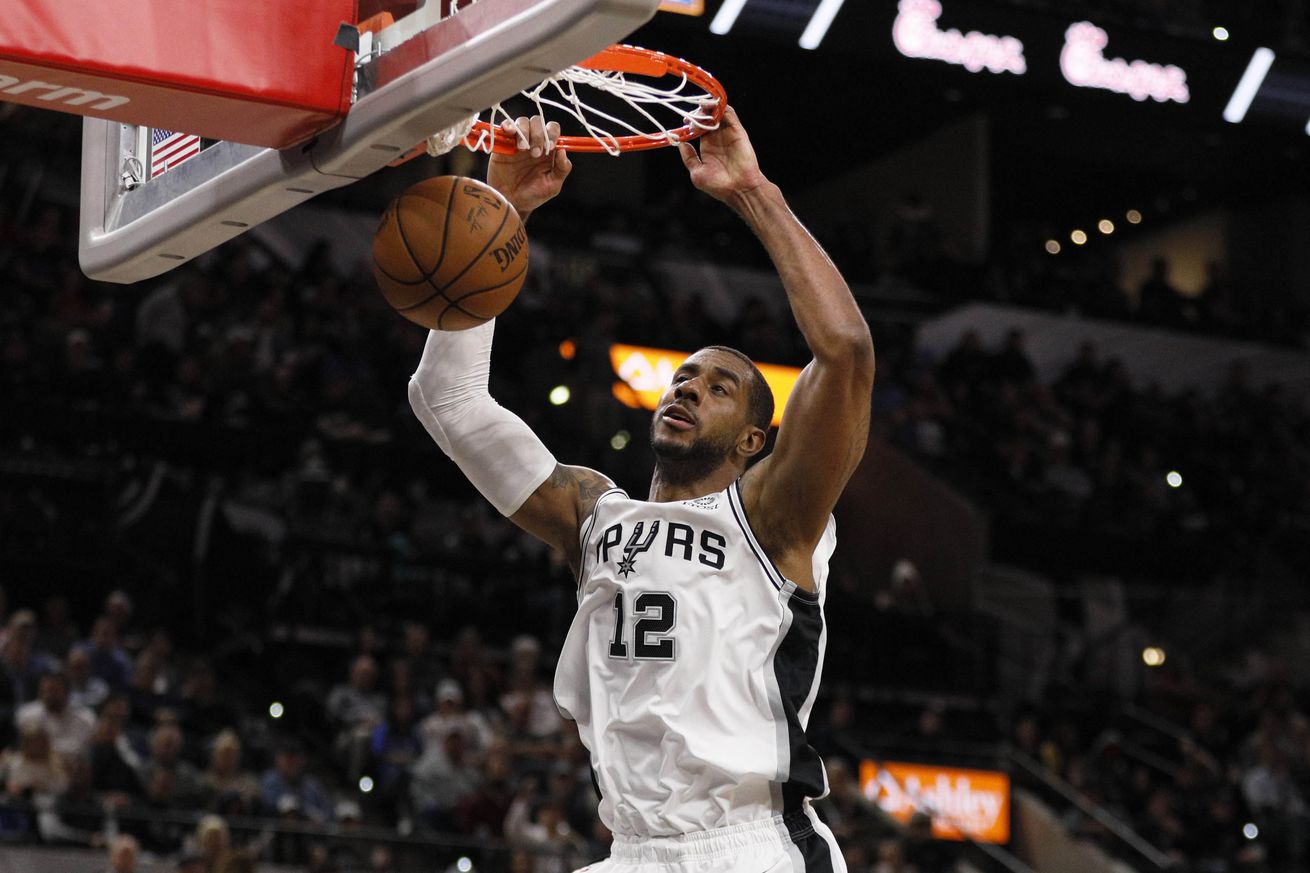 Spurs play a couple for the history books, but road woes continue.

This week saw the Spurs add to the history books. A win in Detroit got Gregg Popovich closer to 3rd place on the list of the winningest coaches and an incredible double OT win versus the Oklahoma City Thunder put him over the top. That OKC game at home also saw several other Spurs adding to the list of historical events – LaMarcus Aldridge joined the 50 Club by tallying 56 points (while also shooting 16 out of 16 from the charity stripe), the team as a whole shot 14 out of 14 from three to start the game and ended up shooting 84% from three for the night, and Derrick White shot his career high of 23 points. The loss to OKC in OKC (the 2nd in the home and home games) was sort of expected considering the energy and emotion behind the double OT game, but the loss in Memphis was disheartening because it seemed to lack spirit and energy.

Week 13 – Roller coaster of emotion: The new year is just barely a couple of weeks in and the Spurs have already played two highly emotional games and one game where they had no spring in their step. Derrick White continues to shine on both sides of the court and for a short time at least, the Spurs fell in “love” with the three pointer. But Rudy Gay, who had been playing well and anchoring a lot of the offense, re-aggravated his sore wrist and has been out.

David Robinson and George Gervin are the only Spurs to score more points in a game than LaMarcus Aldridge’s career-high 56 in the thrilling, double-OT win over the Thunder. Aldridge is making a strong case for his seventh All-Star appearance, averaging 23.6 points on 58.3 percent shooting during the Spurs’ current 14-5 surge.

The Spurs don’t always need LaMarcus Aldridge to score 56 points, like he did in their double-overtime win against the Thunder last week. Twenty points is usually enough. The Spurs’ improved defense (they still rank third defensively over the last five weeks) makes them a little less dependent on Aldridge’s mid-range shooting, but they allowed the Thunder to score 118.5 points per 100 possessions in their home-and-home set, and with that 56-point game on Thursday, they’re 20-4 when Aldridge has scored 20 or more points. After he had a couple of relatively quiet nights in Memphis and Oklahoma City last week, they’re 5-15 when he’s scored less than 20 and also 3-12 on the road within the Western Conference, with a pair of important road games this week.

Thank goodness for LaMarcus Aldridge exploding for a career-high 56 points against the Thunder on Thursday. Without that this would have been a sour week in San Antonio. Now is not a good time to lose games to the Grizzlies, especially when you go into the contest on a five-game winning streak.

The early-season conclusion: LaMarcus Aldridge was beginning his decline at age 33 after a phenomenal season last year, and that meant the Spurs and their antiquated, mid-range-dependent offense were going to miss their first playoffs in forever – and perhaps needed to move toward a rebuild. Through November, Aldridge was averaging only 17.8 points per game (on a miserable 48.9 true shooting percentage) after scoring a dominant 23.1 points per game a year ago. What it looks like now: Since Dec. 1, Aldridge is averaging 23.4 points per game (with a sparkling 64.3 percent true shooting percentage) as the Spurs have gone 15-7 during that stretch and moved back into the thick of the playoff race. Their mid-range-dependent offense no longer looks antiquated; it looks like a team that’s zagging as the rest of the NBA zigs. Never doubt Gregg Popovich.

What do you think, Pounders? Are the Spurs regressing or just tired? Are these losses just bumps in the road? Is Rudy Gay the linchpin that keeps the team rolling?