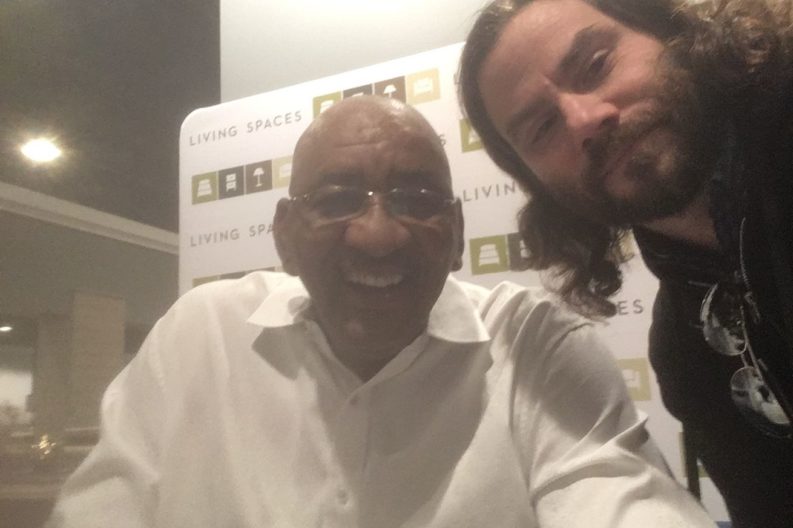 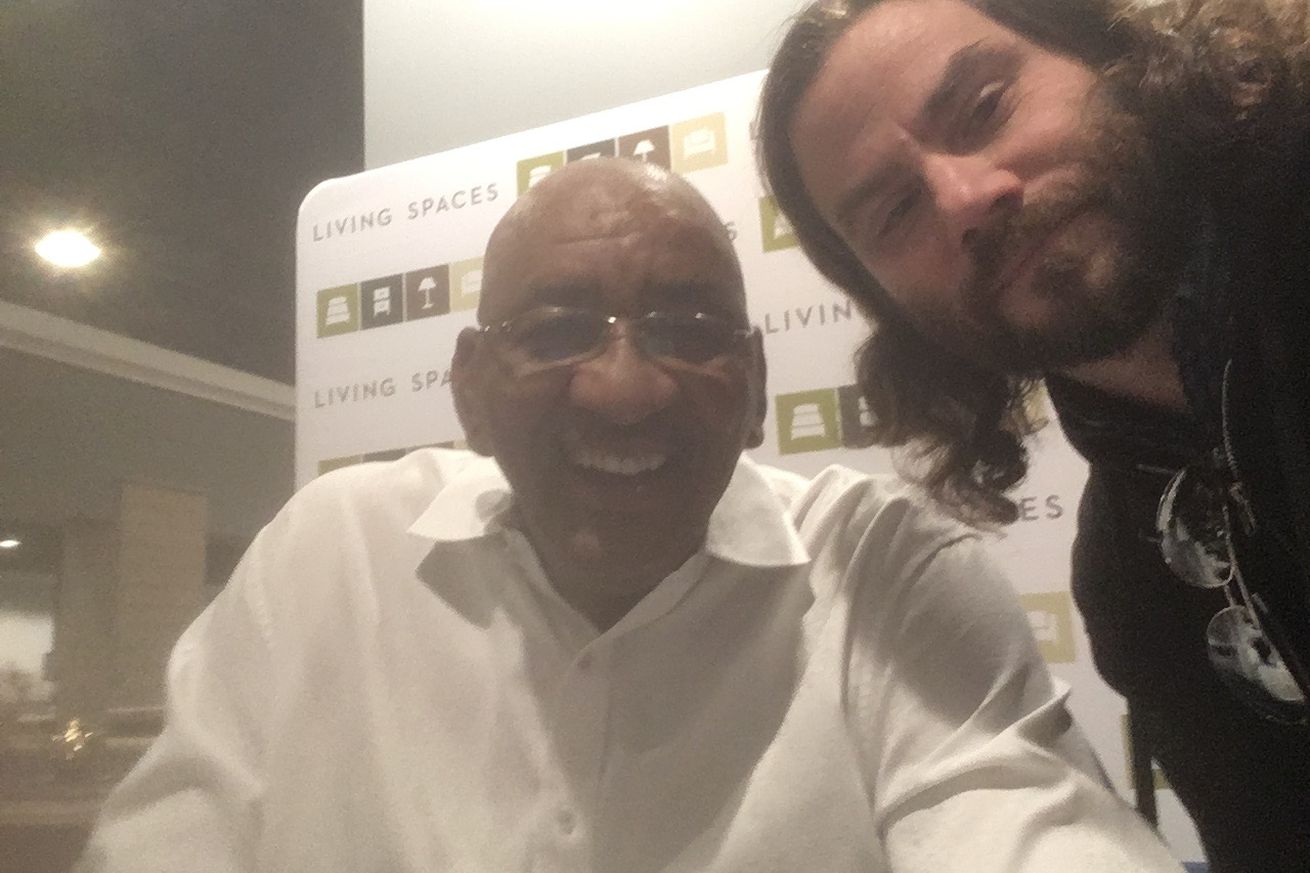 Did anyone else make it out?

So I braved the lines and the cooling evening weather, neither of which was particularly bad, and attended the Living Spaces sneak peak Tuesday night.

In particular, I went to meet the Iceman, George Gervin. He is a true Spurs legend and his impact and contribution to the community cannot be denied.

A few weeks back, my daughter and I saw a mural of The Iceman (part of a future Mural Stop) and she started asking me questions about him. I have had no greater pleasure than watching YouTube clips with her and hearing her tell people what she knows about him.

She is partial to the iconic image of Gervin on the ice throne with the two silver basketballs. I got a print and Gervin was nice enough to sign it for her. It is a frame and wrapping paper away from going under the Duarte family Christmas tree this year.

NFL Hall of Fame Dallas Cowboy running back Emmitt Smith was on hand taking photos. “Big Shot” Robert Horry was also signing autographs and greeting fans. And Bruce Bowen was also scheduled, but I did not stay long enough to see him.

I went for one player and one player only. As a San Antonio native (and being my age), George Gervin is Spurs basketball. He was the first Spurs superstar and his flash defined the small market. Gervin’s exit left a void in San Antonio basketball that lasted until David Robinson docked on the Riverwalk. But The Iceman’s flair has never been replaced.

Did anyone else attend the festivities Tuesday night? Please share your experiences in the comments section below.