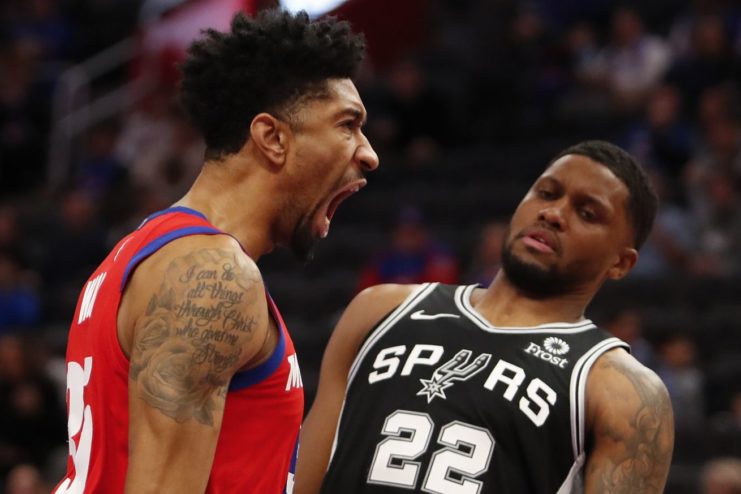 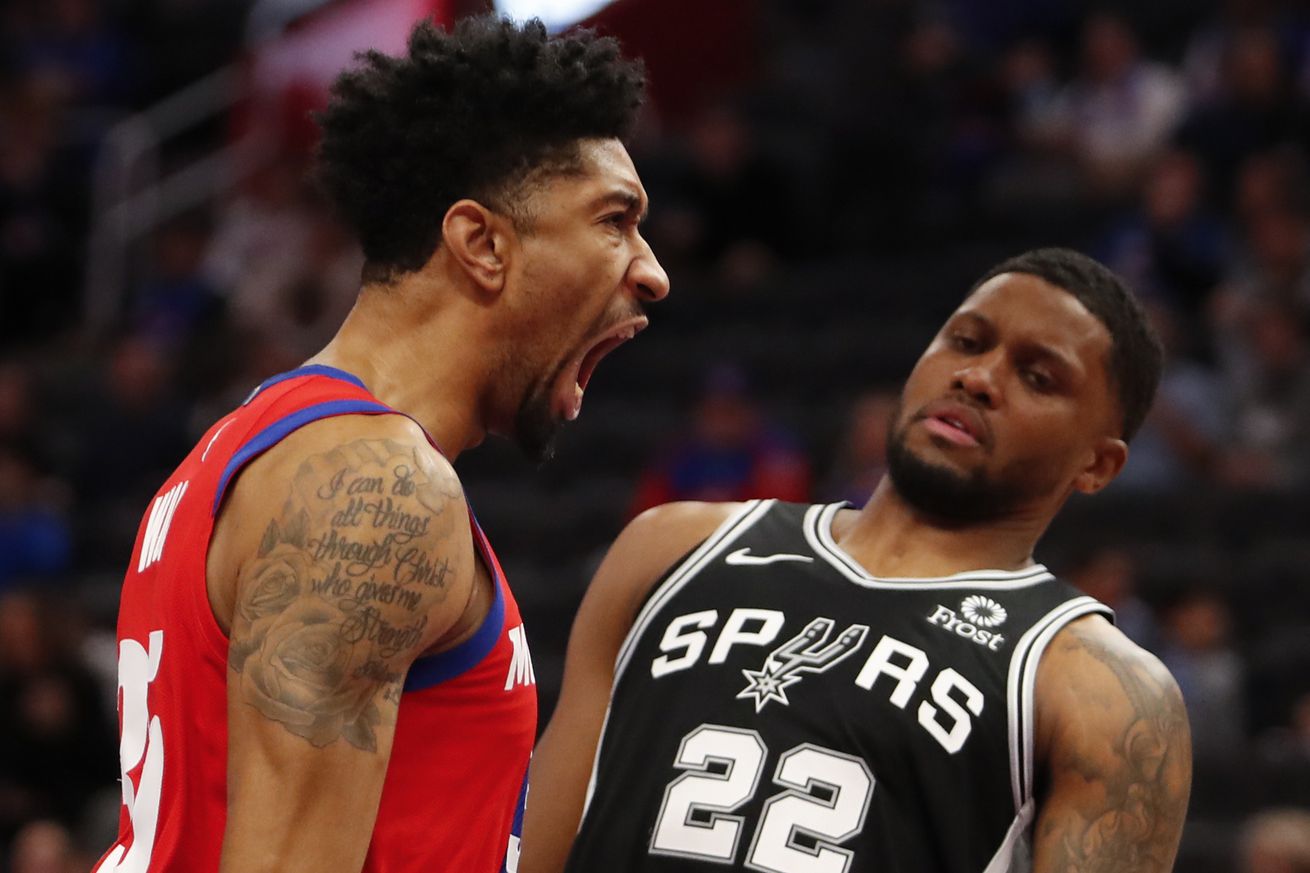 The Spurs embarrassed themselves on their visit to Detroit with a 132-98 loss to the lowly Pistons. We have to hope this is rock bottom, because if there are worse games than this one coming, the season will feel interminable.

It would have been easy to excuse a normal defeat on Sunday. The Spurs have been a bad team at full strength, so dropping a game on the road without LaMarcus Aldridge (out with injury) against a team with an imposing front line was a distinct possibility. The way San Antonio lost is the issue, no matter who was missing, as the Spurs simply seemed to give up in the third quarter. There was once again no urgency to win, which is not how teams fighting for their playoff lives must play.

There were some encouraging signs early on, which makes the blowout even more painful. Despite starting the game slow, as they are wont to do, the Spurs responded to the initial Pistons barrage. Detroit was hot from outside from the beginning but San Antonio seemed ready to answer, as everyone from Derrick White to DeMar DeRozan let it fly from beyond the arc. Transition defense was a problem, and there was only so much Jakob Poeltl could do against Andre Drummond inside, but the offense showed some interesting wrinkles, such as the guards screening for each other to create switches, and was mostly able to keep up. The Pistons’ bench looked sharper, but the Spurs’ showed effort on defense and made the game ugly enough to keep the score close heading into the break.

Then the wheels fell off.

It’s hard to explain how lost the Spurs looked in the third quarter, because they’ve rarely been that clueless, even this season. The defense allowed unimpeded drives and open three-pointers while the half court offense had zero fluidity. The zone that had confused the Pistons in the first half stopped working completely. On the other end, there was no movement and DeRozan, who had been stellar in the first half, completely disappeared, leaving Rudy Gay to try to keep the offense afloat by attacking one-on-one with predictably bad results. The bench came in and had even less success stopping Detroit and even fewer legitimate ways to create good looks. When the dust had settled at the end of the period the Spurs were trailing by 25 points. DeRozan would not check in again as the Pistons managed their lead en route to a blowout.

Again, a loss was not inevitable but certainly likely on the road and without Aldridge. At this point, expecting the Spurs to beat even weak opponents while shorthanded is too optimistic. Had they showed some progress while playing with maximum effort, I truly believe most fans would have been fine with moving on quickly and focusing on the upcoming three-game homestand.

Instead, the Spurs hit a new low. They looked more directionless, disinterested and unable to deal with adversity than ever. Unless a miraculous turnaround starts soon, it might be time to accept that this is the year in which the playoff streak will end.

Next game: vs. Rockets on Tuesday

Houston dropped 158 points on the Hawks in their last game. The Spurs’ defense is a disaster. It’s hard to predict a win. Fortunately, the Kings and Cavaliers visit San Antonio next.