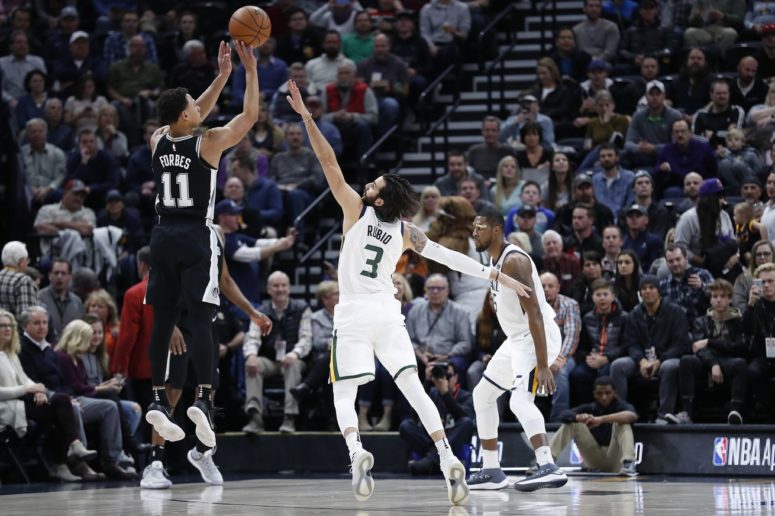 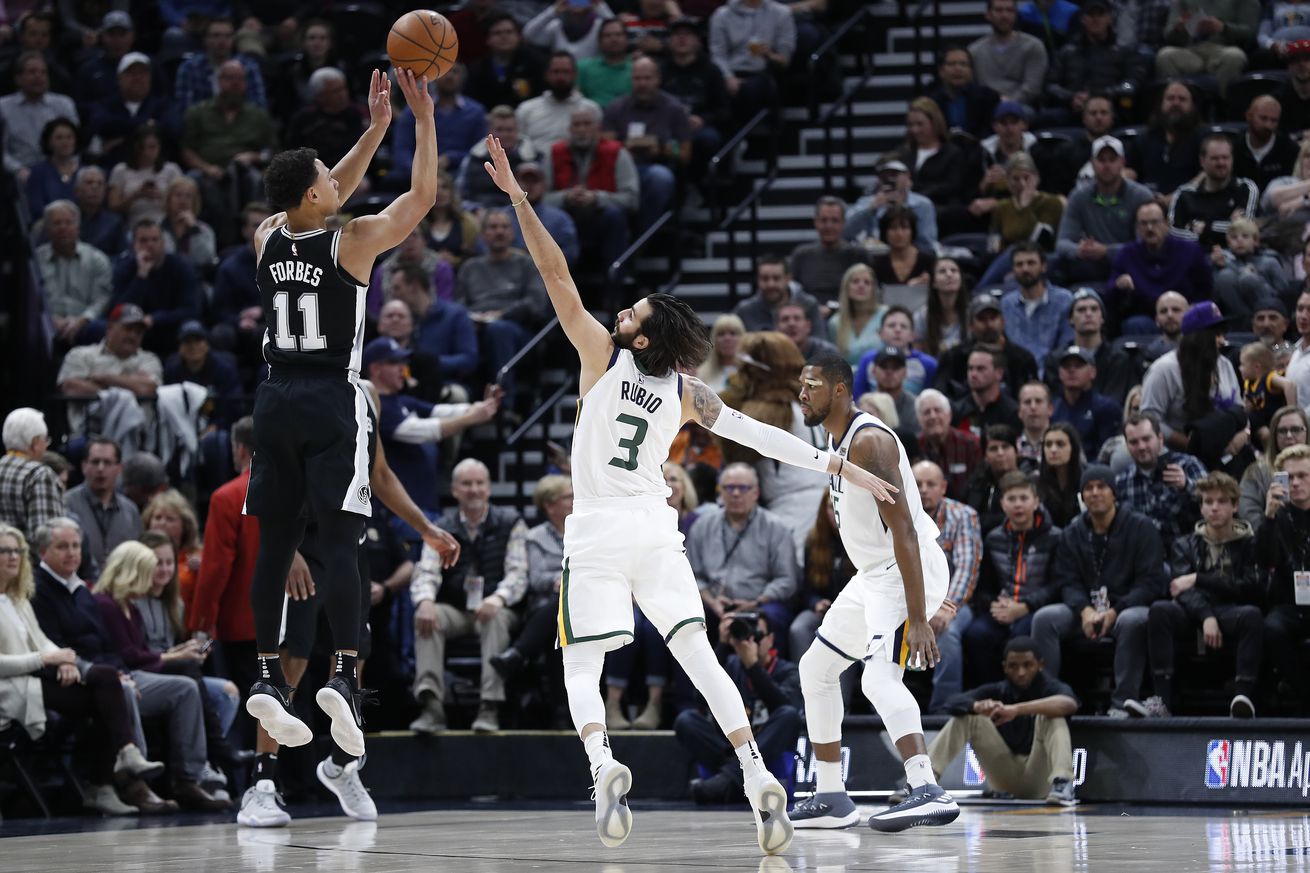 After narrowly slipping past the Portland Trail Blazers on Wednesday, the Spurs rolled into Salt Lake City for the SEGABABA. Tonight’s match-up included Kawhi Leonard and Tony Parker who both sat out last night as part of their injury and minutes maintenance. Last night saw the return of Kyle Anderson and Danny Green from the injury list, but Green re-aggravated his groin and sat out tonight’s contest. In his place, Bryn Forbes started for another night. Manu Ginobili was out for rest and Pau Gasol had a groin injury which meant San Antonio’s starting line-up featured:

Under the pressure of constant line-up changes, the Spurs faced another injury-riddled squad. The Utah Jazz were missing one of their top players in Rudy Gobert along with Raul Neto and Donovan Mitchell, yet their team brought a lot of energy considering they were also returning from a back-to-back after a nine day, six game road trip.

The Spurs had a 13-12 lead when the first time out was taken but would go cold in the last 6 minutes making two of the last dozen shots ending the quarter with Rudy Gay going 1 for 2 from the charity stripe. The Jazz ended on a 12-3 run.

The second quarter showed the Spurs having more woes with chemistry. They generally seemed out of sorts with connectivity. Their 9 assists on 15 baskets were lows for both. The 15 of 41 shots really said it all. Defensively, an inability to contain Rodney Hood and his 15 points kept wheels spinning in the back court.

Going into the locker room no Spurs were in double figures. LaMarcus had only 3 points on 1 of 6 shooting. Bryn Forbes offered some fire hitting 3 of 4 from beyond the arc. Joffrey Lauvergne in his first start as a Spur also made an impressive 8 points. Davis Bertans (5) and Rudy Gay (1) offered the only bench points during the first half, and Gay’s came with 4.8 left in the second quarter.

Aldridge started the second half making his first shot which turned out to be the fortune the Spurs needed as they spent the first 3 minutes of the quarter on an 11-1 run bringing the good guys within a deuce before Quinn Snyder called time out.

The Silver & Black appeared to go on a lull again as the Jazz shot out a 15-10 run, but 3 threes by Patty Mills and a buzzer-beater by Kyle Anderson kept the Spurs two points from knotting it up going into the final frame.

Having fought their way within two, the Spurs started the 4th with a turnover followed by 6 Utah points including Joe Ingles first basket of the night. But that was before Tony Parker took flight, creating his own acrobatic shots, rolling back the clock, and once again showing why he is the seniormost member of this ongoing tradition of greatness. Seven quick points got the Spurs back within one with 7:18 left in the match.

With Forbes and Aldridge sitting with 5 fouls apiece, Rodney Hood once again went to the hole and gave the Jazz a 5 point lead forcing Pop to call time. Out of the time out, Lauvergne missed two in a row while Hood made back-to-back buckets giving the Jazz a ten point lead on a 9-0 run.

Turnovers, fouls, missed free throw and lost opportunities all led to the separation that Utah needed to wash away last night’s thrashing in Oklahoma City. Aldridge fouling out on an offensive foul with 3:47 said it all.