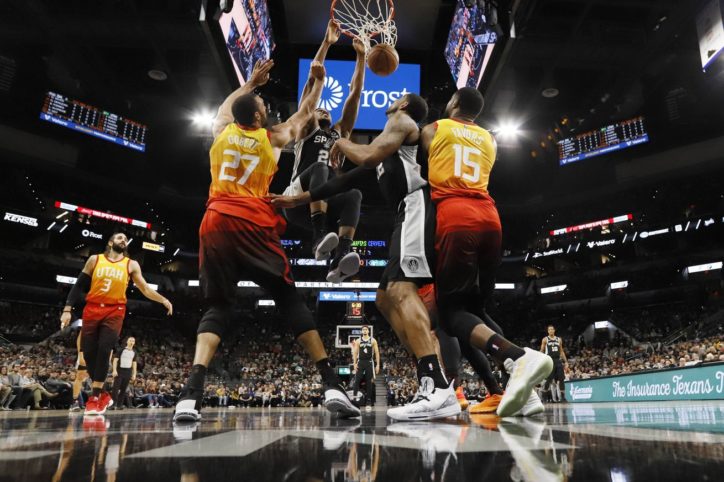 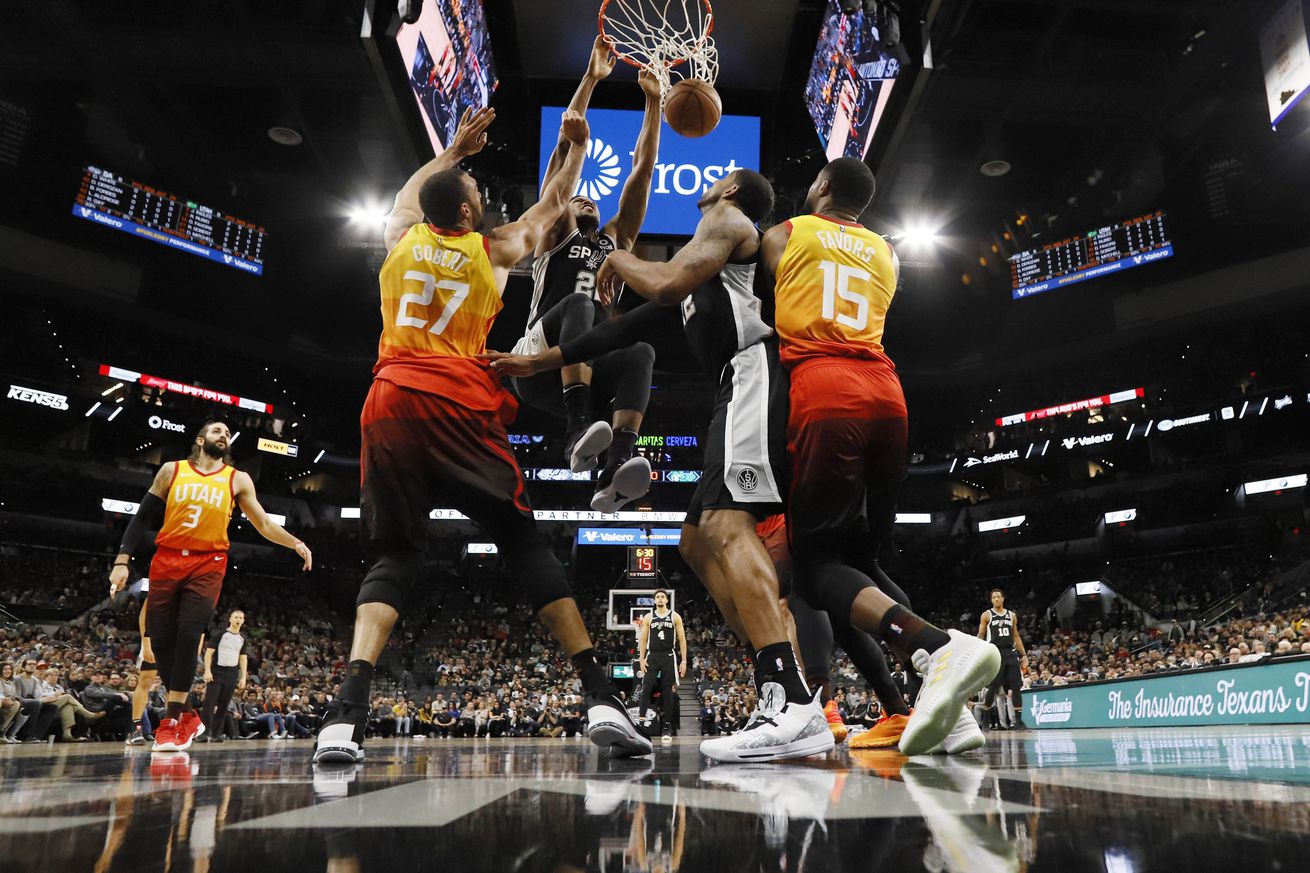 Last Tuesday you beat us by 34, the very next day the Lakers put us away. This Sunday, to save me from tears, Rudy Gay was something special.

The Spurs followed their emotional, comeback win over the Lakers with a strong effort against a Jazz team that destroyed them last week. Early shot-making by LaMarcus Aldridge and Marco Belinelli was followed by a great all-around effort from DeMar DeRozan who posted 28-8-6 in San Antonio’s 13-point win.

The flow of the game was a grind for both teams at the start. San Antonio started out solid on defense, but some blown rotations still left some Jazz players wide open for three. As the first half wore on, the Spurs as a team looked more active and focused on defense. Even if a player got beat, someone else smartly helped out.

Straight out of the gate in the 3rd quarter, the Spurs wanted to jump on the Jazz and make sure they exacted revenge for an earlier loss just five days prior. The scoring pace picked up for both sides after the Spurs held the Jazz to only 36 points in the first half. The good guys were able to extend a double digit lead—something they have rarely been able to do this season.

Then things got interesting. Donovan Mitchell was held in check early on but came alive late and poured in bucket after bucket to bring the Jazz as close as within eight. Alas the Spurs were ultimately able to pull away because Rudy Gay exploded late in the 4th to make sure they sealed the win at home.

San Antonio continues their homestand when they take on the Phoenix Suns on Tuesday, December 11, 2019 at 7:30 PM CDT.