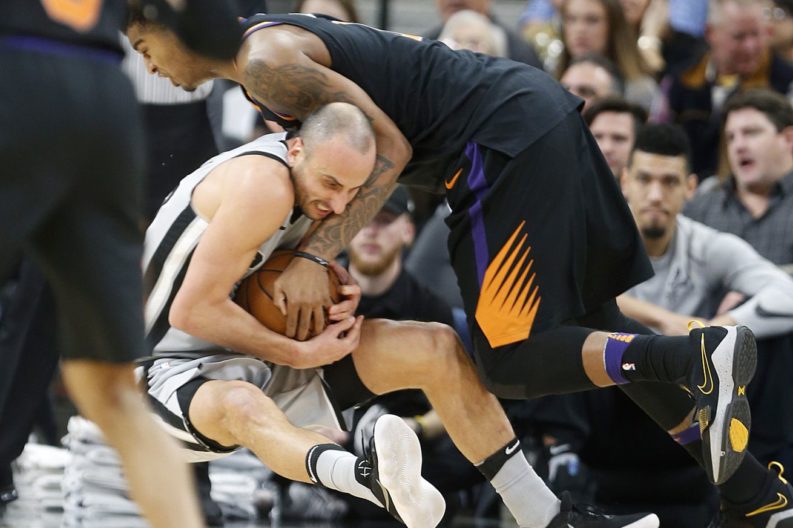 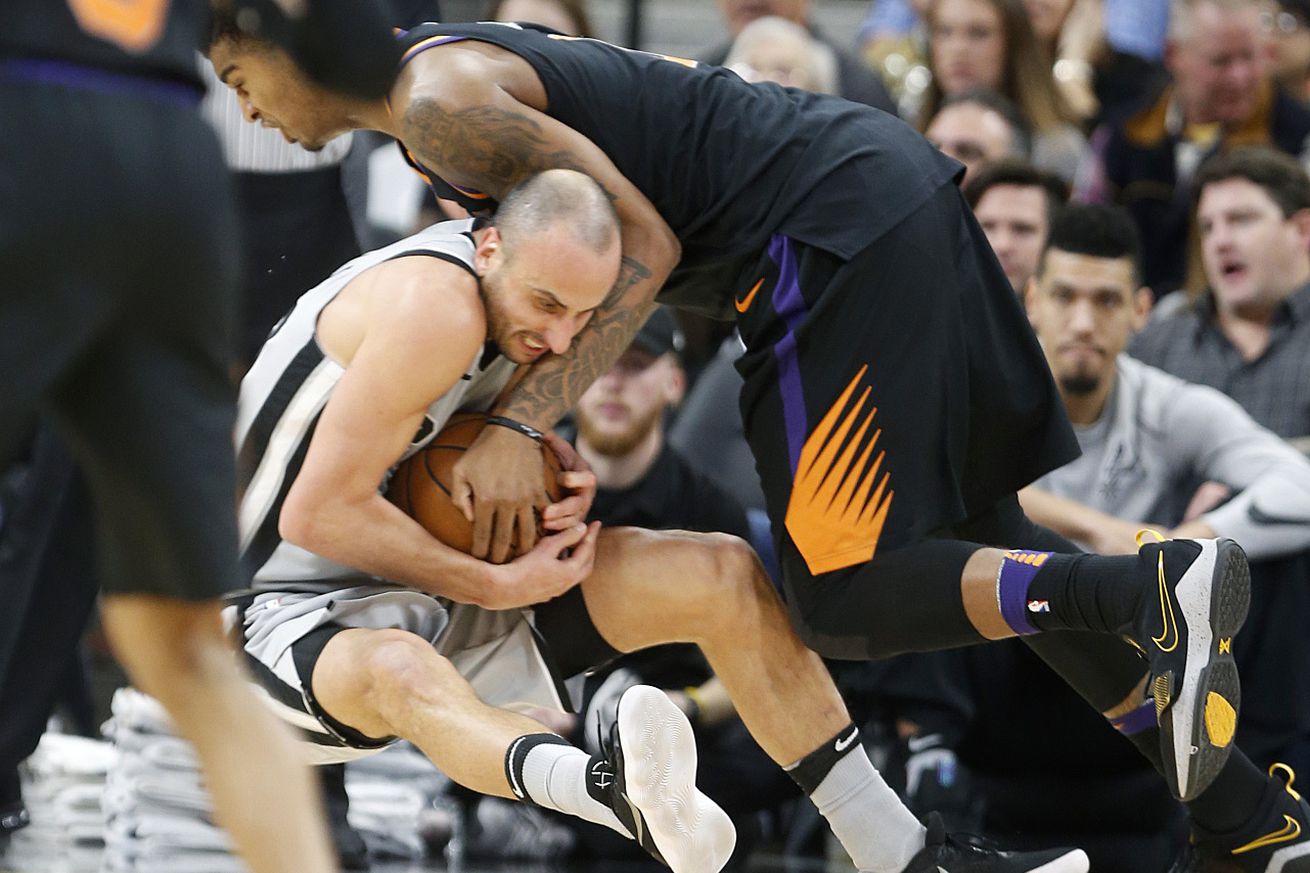 The young Suns were no match for the Spurs at home.

Home sweet home… at least for one night. The Spurs barely escaped New England in time to avoid Winter Storm Grayson and returned to the AT&T Center for one game before they head out on another three-game road trip, this time out West. Despite no Rudy Gay (heel), Danny Green (groin) or LaMarcus Aldridge (rest), the Spurs were expected to extend their 12 game home winning streak against an improving but young Phoenix Suns team, and they did just that.

Both teams played a mostly even first quarter before a 15-2 run spanning into the second spotted the Suns an eight-point lead. The Spurs finally woke up after a timeout and ended the half on a 23-8 run for a 48-42 lead. They continued their aggression to start the second half, getting ahead by as much as 12 before unexpected contributions from former Texas A&M Aggie Danuel House got them back within four.

However, once again the Spurs responded and gradually put the Suns away throughout the fourth quarter on the way to a 103-89 win. Manu Ginobili had plenty grandpa juice for this one, leading the way with 21 points, 3 assists and 2 steals. Kawhi Leonard also continued to look better with 21 points of his own along with 4 steals and 3 blocks. Devin Booker was held below his season average with 21 points to lead the Suns cause.

Manu disrupts the drive, gets in the scrum, blocks the shot, gets the ball back for a three. #StillManu #GrandpaJuice pic.twitter.com/grt83I6HER

For the Suns fans’ perspective, visit Bright side of the Sun.

The Spurs return to the court on Sunday to take on the Trail Blazers in Portland. Tip-off will be at 8:00PM CT.