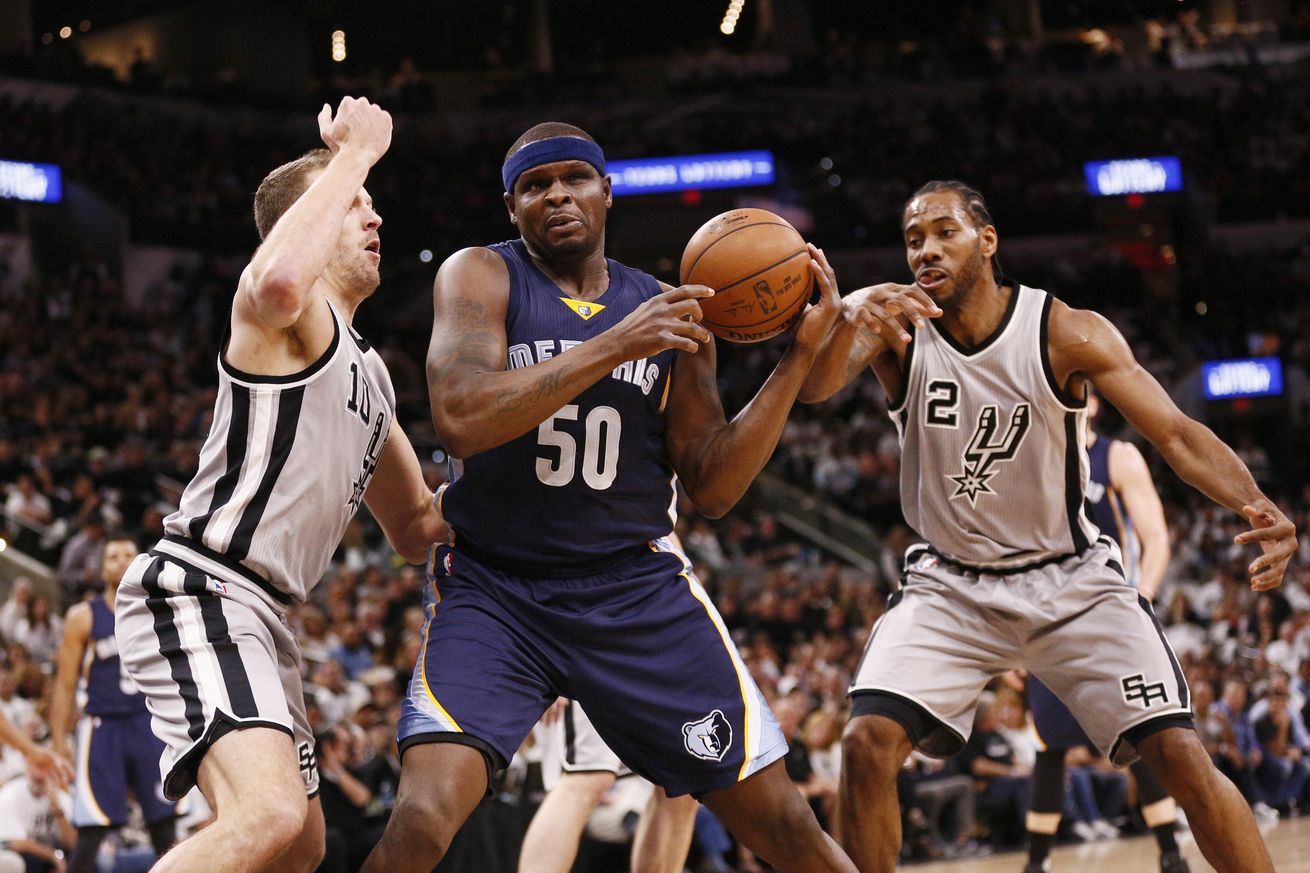 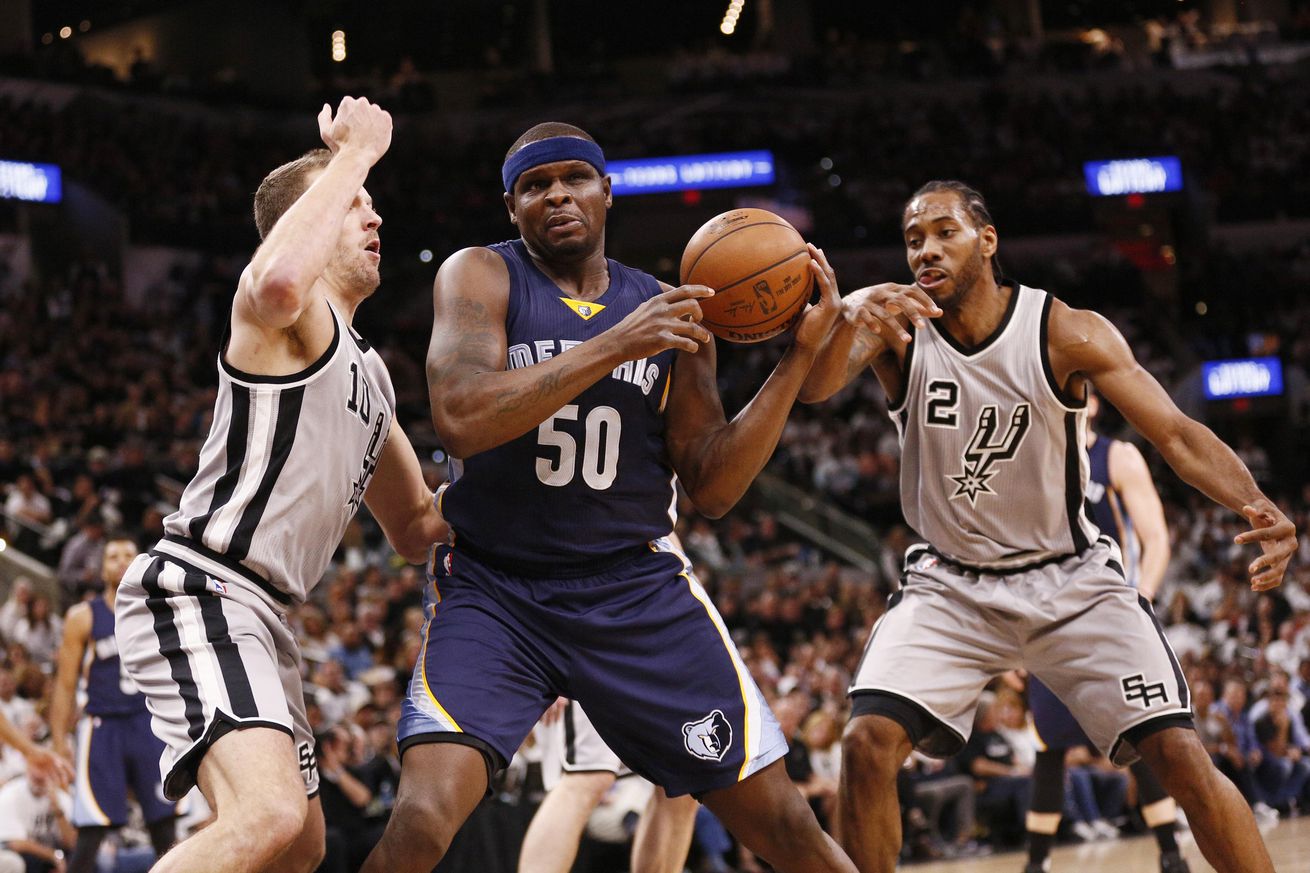 After a slow start, the San Antonio Spurs stepped up their defensive effort and blew out the Memphis Grizzlies with Kawhi Leonard and LaMarcus Aldridge leading the way.

The last couple of weeks of the season the Spurs played like garbage, and that’s how they started their playoff game against the Grizzlies tonight. But after allowing the Grizzlies to run out to an early 13 point lead, they found their inner fire and began to play defense with an intensity and perseverance that wore down the Memphis team.

Marc Gasol had a great night scoring to lead the Grizzlies, but Kawhi Leonard and LaMarcus Aldridge did the majority of the offensive damage for the Spurs, with great defensive plays from Danny Green slowing down the Grizzlies’ offense. Timely baskets from Patty Mills and Tony Parker also helped to seal the game for the good guys as they built a lead. With their best defensive stopper out of the game (and probably the series) the Grizzlies had no answers for the Spurs as they began to hit on all cylinders in the second half and the Spurs won easily.

The Grizzlies rushed out to an early 12-5 lead behind Marc Gasol and Mike Conley’s hot shooting. The Spurs only early scores were a banked three-point shot from Kawhi Leonard and a Tony Parker shot. The Grizzlies continued to dominate early, pushing the lead to 13. It could have been even more, but Leonard was able to score on a series of difficult shots. Finally, late in the quarter, the Spurs began to wake up and a Pau Gasol triple and a Kawhi steal leading to a Patty Mills three brought the margin to 5 points with a minute left in the quarter. Conley scored the final basket in the quarter, and the Grizzlies led 30-25 after one. Kawhi had scored 11 for the Silver and Black, and Marc Gasol scored 11 for the Grizz.

LaMarcus Aldridge started to get untracked in the second quarter and used his size advantage on JaMychal Green to score and draw fouls. A Tony Parker three put the Spurs up 32-31. But the grit and grind Grizzlies would continue to work, and when Danny Green got caught on Marc Gasol on a switch, he sank a shot and got a free throw on a touch foul to put the Grizz up 36-34. But the Spurs defense was just getting started. Danny Green neutralized the Memphis fast break with his quick hands and another Parker three put the Spurs up 41-38 with a little more than 4 minutes left. Marc Gasol continued to go crazy, finishing with 25 points by the half, but the Silver and Black held onto the lead going into the half, leading 52-49.

LaMarcus continued his good work as the second half started and the Spurs built a seven point lead. The Grizzlies fought back with a mini-run from Marc Gasol to cut the lead, but the Spurs defensive effort stepped up again, with Danny Green blocking shots and making steals to push the lead back up to 11 halfway through the quarter. Marc Gasol and Zach Randolph tried to keep the Grizzlies in it, but the Spurs kept the lead at double digits and a Manu Ginobili steal led to a Patty Mills triple and a 79-64 lead with a minute left. The surge continued, with a Kawhi and-one and midrange jumper. The Spurs had outscored the Grizzlies 32-15 in the quarter and let by 20 going into the fourth.

The Spurs continued to pour it on in the fourth, surging to a 29 point lead early in the quarter on a Tony Parker jumper. With the lead approaching 30 points, the reserves finished out the game for both teams, and the Spurs reserves continued to expand the lead with Jonathon Simmons taking advantage of his opportunity to score a lot of points in a spectacular fashion. It ended up being a lot of fun for Spurs fans as the guys at the end of the bench got minutes and continued to expand the lead and play with playoff intensity.

Just a song about a wrestler. Why do you ask?