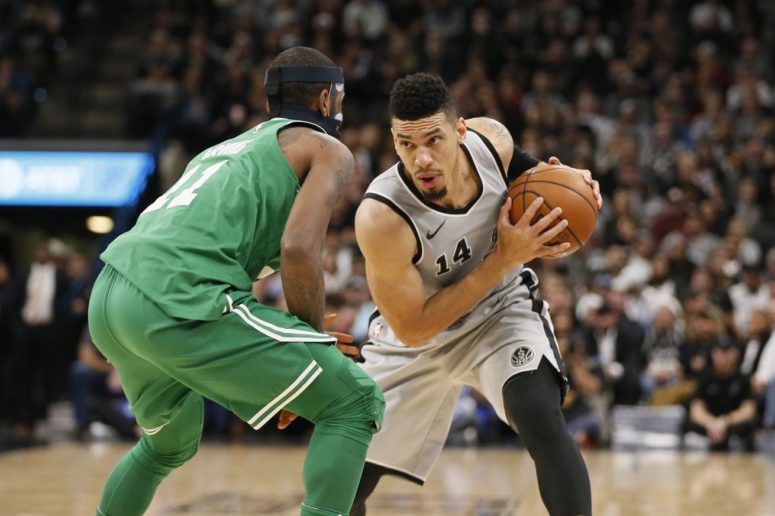 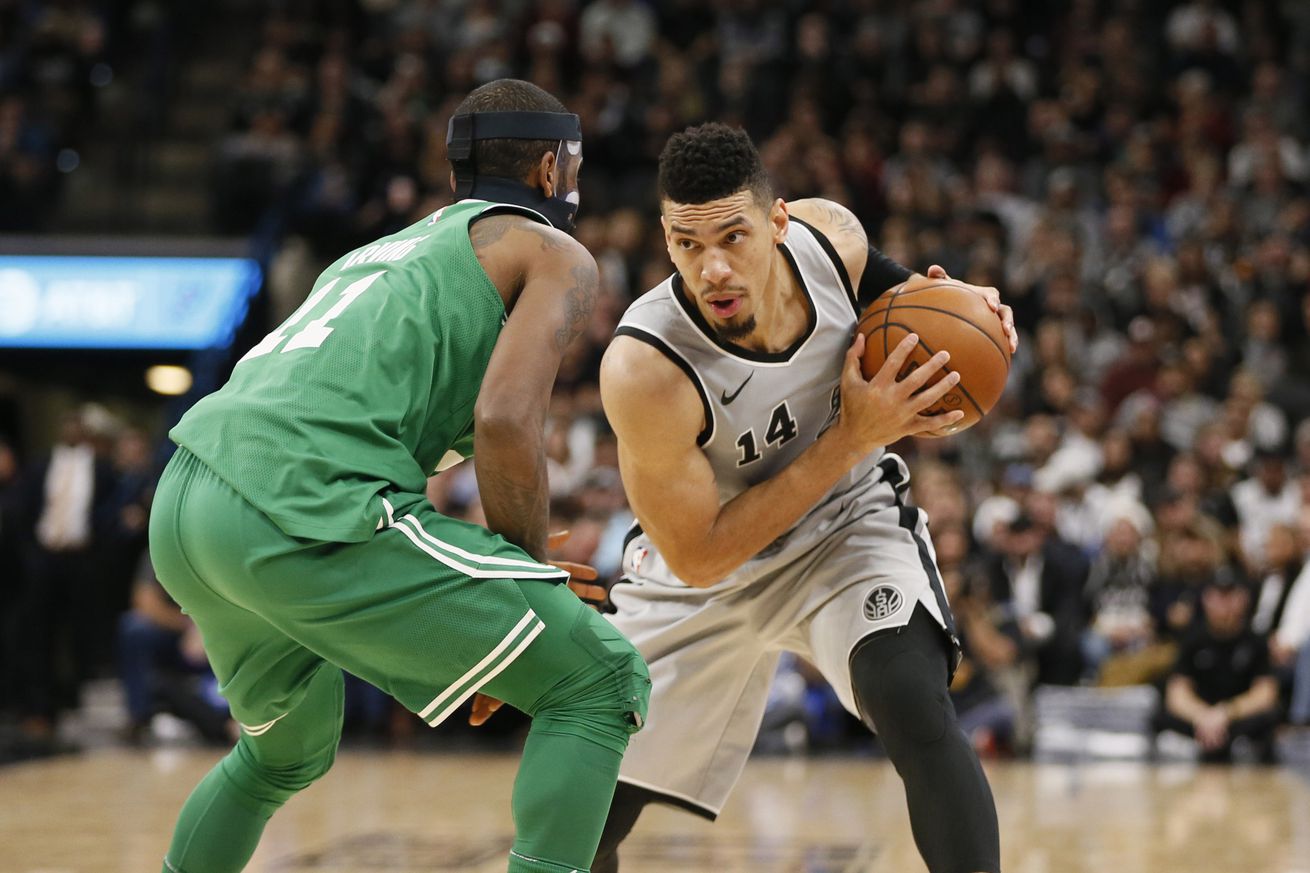 San Antonio overcame a bad first half to beat the team with the league’s best record.

The first tip from the preview was to contain Kyrie Irving, who opened the game but hitting a wide open 3 due to a defensive breakdown. Kyrie had 57 in San Antonio in 2015, so we knew this would be a huge ask.

San Antonio didn’t hit a 3 until midway through the second quarter when Danny Green hit two straight. Unfortunately, Danny went to the locker room late in the half and would not return, due to “tightness” in his groin. Without him, the Spurs, incredibly, took the lead on maybe the most Manu three we have ever seen, hitting over Al Horford to give the Spurs the 56-55 lead going into the half.

The Spurs nursed the lead throughout the second half without the Spurs’ two best defenders, but finally lost it late in the 3rd after 11 straight by Boston. Pau finally stopped the bleeding with two quick baskets, one from the top of the key, and the other after a physical move inside over former Spur Aron Baynes, which sent Baynes to the locker room, meaning the Celtics lost a huge presence inside. The Celtics took an 82-77 lead into the fourth, led by Kyrie with 28, while the Spurs were led by Aldridge with 23.

The Spurs entered the fourth only having shot 5-19 from deep, but Davis Bertans hit early, followed by two Manu free throws to tie the game at 82. Both teams traded baskets throughout the fourth, minus some dry spells for both teams. The shooting balanced out to 46% for both teams, and every other stat line was about that even, minus the 21-15 advantage the Spurs had at the line. An impressive 3 by Irving gave the Celtics the lead, before Aldridge tied it up at 102 with the baby hook. Missed shots by both teams led to Manu having the ball as the clock counted down to 5 seconds before he let a deep 3 fly over Al Horford again, reminiscent of the end of the first half, to give the Spurs a 105-102 lead. Kyrie then missed the corner 3 to end the game, and the Spurs escaped with the victory.

Kyrie finished with a game high 36, while Aldridge led the Spurs with 27.

What we learned: Even without their top 2 defenders (maybe 3, depending how you feel about Kyle Anderson), the Spurs handled a young, talented Celtics team with great team defense. It was especially encouraging after such a terrible start. We all know Kyrie is fantastic, but Jayson Tatum is not to be overlooked, as he finished the game with 20, included some timely, tough 3s.

The Spurs have the Suns Saturday in Phoenix at 8pm