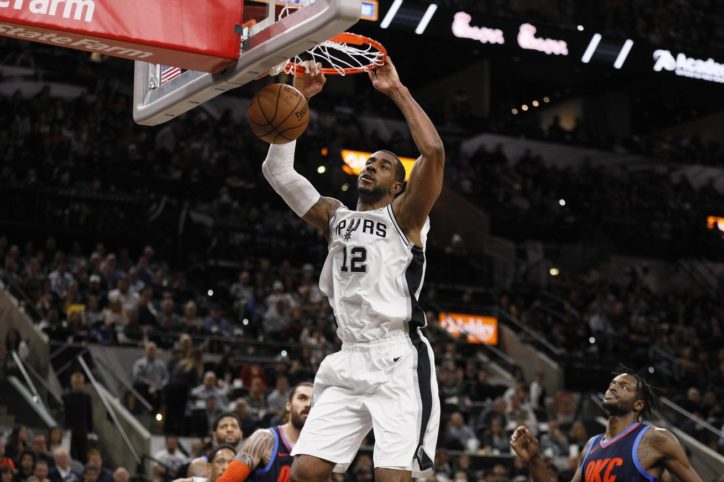 A record night from three and LaMarcus Aldridge led the Spurs to a big win.

Whew! Has everyone caught their breath yet? The Spurs and the Thunder fought out a nail-biter with red-hot shooting, including an insane 16-19 night (an NBA record 84.1% in an NBA game with a minimum of 15 attempts) for the Spurs from three, and it was just enough to hold off a Thunder team that never allowed the Spurs’ momentum to get into their heads. After two exhausting overtimes, despite being on a SEGABABA, the Spurs pulled out the win 154-147.

LaMarcus Aldridge led the Spurs with a career-high 56 points on 20-33 shooting (the first Spur to pass the 50-point threshold since Tony Parker’s 55-point game in 2008), while Derrick White scored a career-high 23 and Marco Belinelli contributed 19. Jerami Grant had a career high 25 points for the Thunder before fouling out, complimented by a 24-13-24 triple-double for Russell Westbrook and 30 points from Paul George.

For the Thunder fans perspective, visit Welcome to Loud City.

The Spurs are headed to Oklahoma City to take on the Thunder (again) in their third and final home-away series of the season. Tip-off will be at 7:00 PM CT on FSSW.