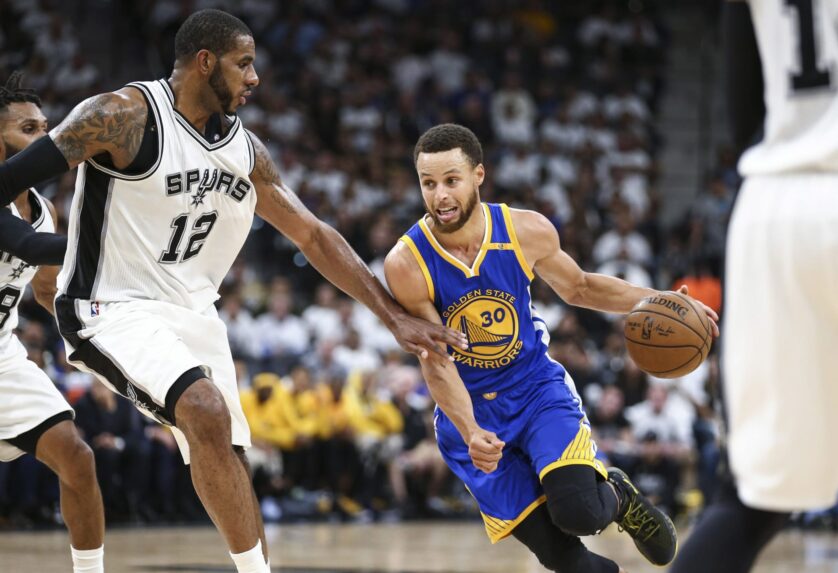 When the Golden State Warriors were at the height of their league-wide rule they still weren’t satisfied. The Warriors leadership had made it clear that they weren’t just chasing a few years of unchallenged superiority, they wanted decades of dominance like the San Antonio Spurs had enjoyed.

That’s easier said than done. The Warriors had a more dominant run than the Spurs ever did but they also fell a lot quicker. Seven consecutive playoff appearances with five trips to the Finals is great, but it’s not 22 straight years of postseason play.

A lot went into the Warriors’ fall from the top. Injuries to some of their stars and the departure of one of the best players on planet Earth will do a number on a team. The end result is a Warriors squad that looks like barely a shadow of the juggernaut that once ran the league.

Some thought that the addition of James Wiseman would raise the Warriors back into playoff contention. They were wrong. Through two games the Warriors rank 28th in both offense and defense and are coming off of a humbling 138-99 drubbing at the hands of the Milwaukee Bucks on Christmas Day. Something has to change.

Warriors need an injection of veteran experience like LaMarcus Aldridge

You don’t have to tell anyone inside Chase Arena that the Warriors desperately need help. They’re well aware of that. You just have to look at the faces of Steve Kerr and Stephen Curry after they’ve watched Kelly Oubre force up a shot in triple coverage to see how very well aware of their predicament they are. The postgame comments are even more damning.

Steph Curry on the offensive answer: “I don’t know. We just have to focus more on what we’re trying to do. Sometimes when you miss shots, you tend to force and press and not think. Our group’s collective IQ has to get a lot better in those moments where you’re not making shots.”

If you’re not fluent in Steph Curry let me translate for you: “My teammates don’t know what the hell they’re doing. Please, Joe, get me some help. I can’t do this alone.” Well Steph, help is just a phone call away.

Before the draft, there were rumors that the Spurs and Warriors had engaged in talks that would have sent LaMarcus Aldridge to the Warriors in exchange for the 2nd overall pick. Clearly, those never materialized into anything but if the Warriors’ struggles continue don’t be surprised to see them pick up steam again.

Aldridge checks all the boxes for the Warriors. He gives them a skilled pick and roll partner for Curry to work with, he’s got a decade and a half of NBA experience and could function as a second on-court coach, and he’d be an excellent mentor for Wiseman.

Any deal that sends LaMarcus to Golden State is a little more complicated from the Spurs’ side of things. They’re determined to make the playoffs and if they feel like losing Aldridge cuts into their ability to do that they’re probably not going to make a trade. But the team has to be thinking of the bigger picture at the same time.

This team is going young and fast, that’s not Aldridge’s style of play. It looks like he’s done a good job of adapting to what they want to do this year but he’s 35 years old and entering the final year of his contract. Do we really believe he’s going to play out the rest of his career in San Antonio?

The argument could be made that the Spurs would be better served by trading Aldridge for picks and inserting Jakob Poeltl into the starting lineup. Some of the Spurs’ most effective lineups featured Poeltl last year and, after signing a three-year extension this offseason, it’s clear the Spurs view him as a key part of the future of their frontcourt.

Here’s the elevator pitch: Golden State trading for Aldridge improves their team right now while also helping San Antonio improve by opening playing time for Poeltl. It further helps the Spurs by netting them draft picks for the future. What’s not to like about that?

The finer details of a deal would have to be worked out later but if the Warriors continue to struggle don’t be surprised to see them reach out to the San Antonio Spurs to check on Aldridge’s availbity.