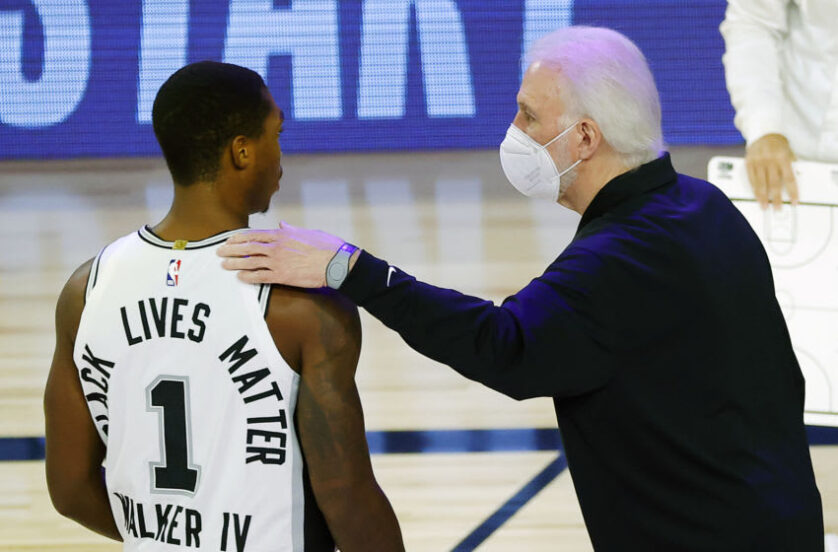 Several NBA players weighed in on the raid of the U.S. Capitol Wednesday afternoon, including San Antonio Spurs Lonnie Walker and Tre Jones.

On an embarrassing day for the United States, several hundred stormed the nation’s capitol during today’s official certification of the electoral college votes by Congress. Like many, I’ve been glued to television coverage and social media for reactions and developments. So far, two San Antonio Spurs have expressed their thoughts on the ongoing matter on Twitter.

So far, the seizing of the Capitol has resulted in people overtaking the grounds through smashing windows, attacking police officers, with shots being fired in the process. Naturally, emotions are high on Twitter throughout the world as the situation continues to unfold.

“America is telling its truth today,” retweeted Lonnie Walker Wednesday afternoon. The tweet was from Linda Sarsour, the co-founder of Until Freedom, which works to fight against racial injustice. Walker has been outspoken about racial injustice matters in the past, taking to the streets of San Antonio for peaceful protests last year and staying behind to help clean the city.

The newest Spurs guard Tre Jones also retweeted a message — this one from Dwyane Wade, who’s been going on an understandable rant on Twitter.

The message and picture pretty much say it all. Tre also had just three words for the situation as a whole, tweeting, “This is sad.”

It’s hard to put into words exactly how damaging the attack on the Capitol is for the country’s future. I imagine more reactions will be forthcoming as the U.S. looks to regain control in the next few hours.